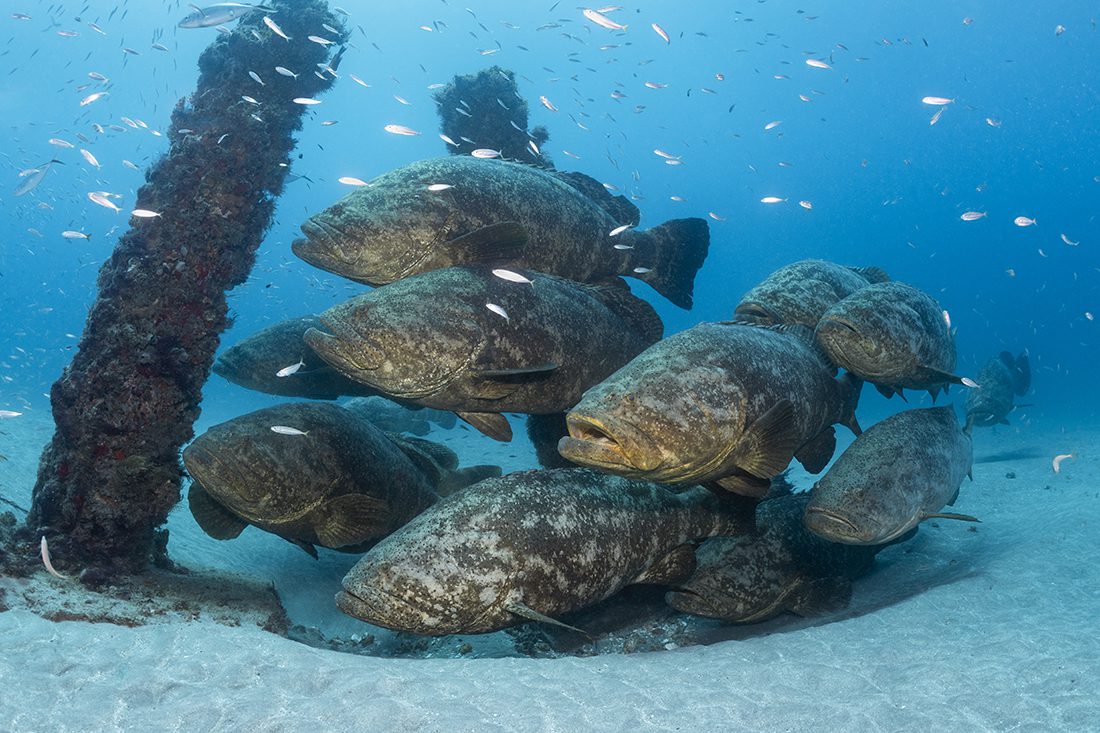 Florida’s diving community recently scored a win for Goliath grouper. Thanks to the ongoing efforts of the Palm Beach County Dive Association, a group of dedicated divers and other marine conservationists, the State of Florida will create no-take zones surrounding three important Goliath grouper spawning sites in the Palm Beach area.

The decision made by the Florida Wildlife Conservation (FWC) Commission during the recent 13 July meeting will protect the fish at a time when they are most vulnerable to exploitation.

The three aggregation sites in state waters that will be closed to all fishing activity include the MG-111/Warrior Reef in Jupiter, the Ana Cecilia/Mizpah wrecks in West Palm Beach, and the Castor wreck in Boynton Beach. These three sites are not only major breeding venues for the Goliaths, they are also some of the most popular sites where divers go to see the big fish gather. The establishment of these no-take zones, which will be closed to all fishing from July through the end of September, is a significant move in the protection of these fish, and a win for both Goliaths and divers.

Palm Beach and Martin County are the only locations on Florida’s East Coast where Goliath grouper gather to spawn during the months of August and September. Goliaths are most susceptible to fishing pressure during their annual spawning aggregations. Targeting the fish during this aggregation period is a contributing factor to an ongoing decline in the adult population, which has been noted on aggregation sites in Palm Beach County over the last six years.

The FWC ‘s decision to establish a three-area closure was passed unanimously, with the understanding that the action will be revisited in the future to determine if the ban should remain in place, amended, or expanded.

Walt Stearnshttps://underwaterjournal.com/
Editor for Scuba Diver Magazine's North America edition, Walt Stearns, has been involved in the diving industry for more than 30 years. As one of the most prolific photojournalists in diving media Walt’s articles and images have appeared in a wide range of national and international diving, water sports and travel titles.
Subscribe
Login
0 Comments
Inline Feedbacks
View all comments