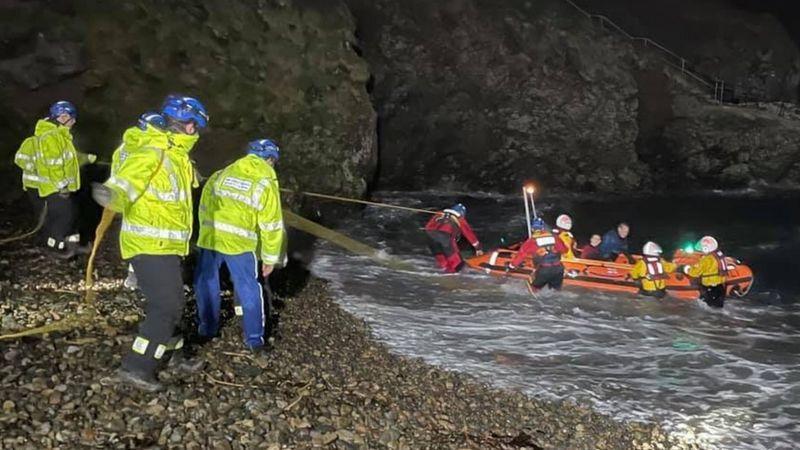 Two divers who went missing off the Pembrokeshire coast yesterday afternoon had a ‘lucky escape' when they were found by the RNLI in pitch darkness.

The divers, a man and a woman, became separated from the rest of their group off the popular diving area of Martin's Haven and were reported missing at 4.30pm.

All-weather RNLI lifeboats from Angle and St David's, inshore RNLI lifeboats from Broad Haven and Little Haven, and a Coastguard helicopter, were involved in the extensive search, which located the missing divers at around 6pm in the pitch black as conditions deteriorated.

According to a coastguard spokesperson, the divers were found ‘fit and well but extremely lucky' in the water off Skomer Island by the St David's all-weather lifeboat, and were then transferred to the Little Haven inshore lifeboat to be brought back to the shore, where they were then attended to by paramedics.