Lord of the ring 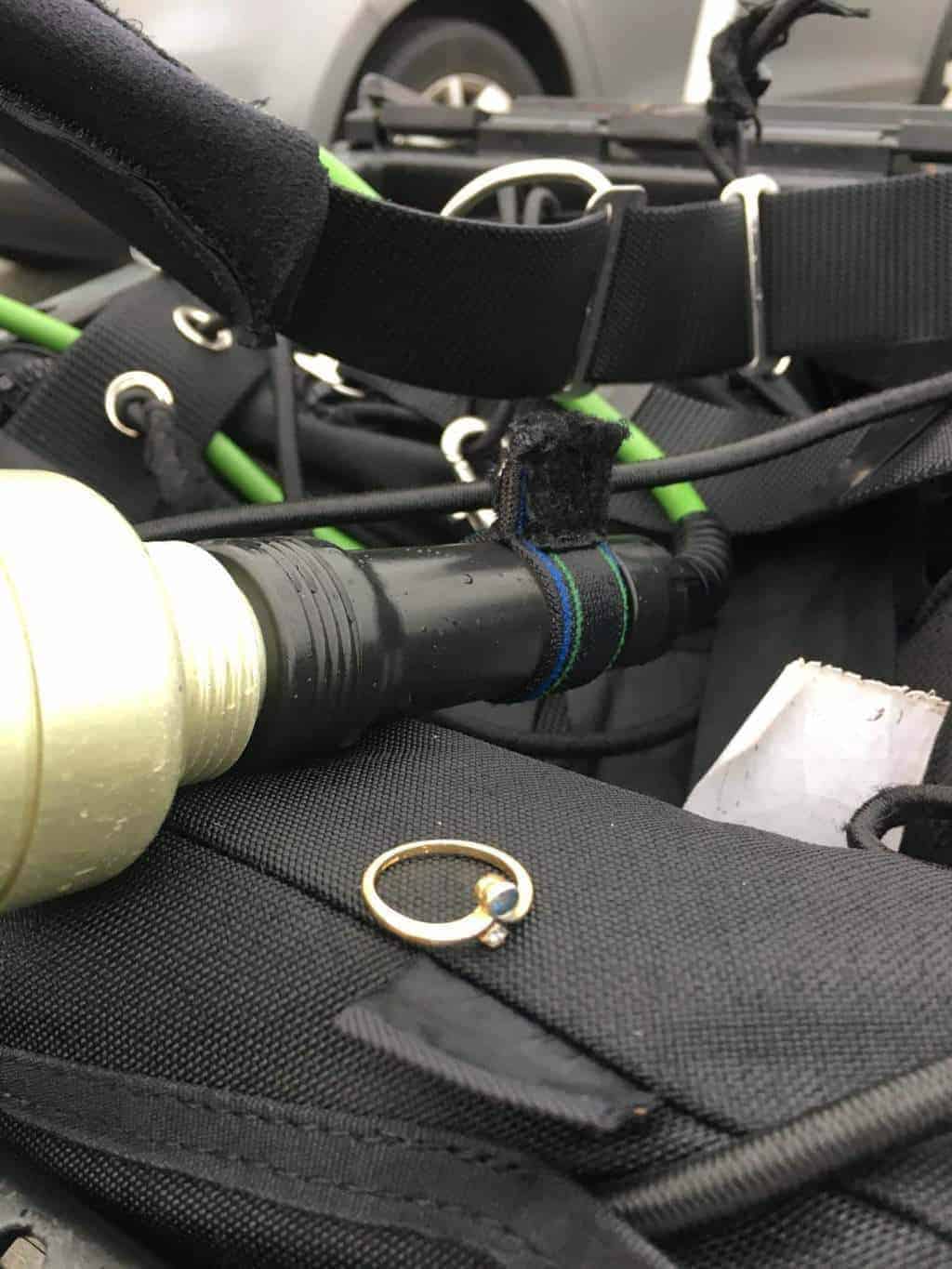 How Martin Sampson of Anglesey Divers set about finding a lost gold ring.

On 28 December last year I responded to a cry for help when a wedding ring bounced off the edge of a pontoon and sank to the bottom of Holyhead Marina. Owner Greg Cain explained that it was not just any ring, but a precious family heirloom that he was desperate to retrieve.

My first reaction was ‘No chance’. Having made over 1,500 dives in Holyhead harbour I know the conditions very well. The bottom is predominantly mud with a covering of low density ooze that absorbs anything of weight. However, there are few pleasures greater than recovering the irrecoverable and there was just a chance that it had landed on top of something other than mud.

Crucially, Greg had accurately marked and photographed the location. The marina pontoons are prone to movement, but Greg had narrowed the search area to just a couple of square metres. We were also blessed with settled weather but I knew that wouldn’t last and the underwater visibility would soon be ruined.

The next afternoon, a falling tide gave me a shallower depth and favorable light penetration to mitigate a dull day. At the spot that Greg had marked I carefully lowered a single ankle weight from an SMB reel and tensioned the line. It was important not to do anything to disturb the seabed. To simply chuck the weight would have been like detonating a grenade in a flour mill.

I chose to dive with my sidemount rig as this gave me effortless control over buoyancy and trim. Using the SMB line as a datum, I stayed about three metres away from it, descended slowly and hovered an arm’s length off the mud. I then inched towards the line. Hovering motionless I scanned the mud for clues – I really wasn’t expecting to see the ring at all, I was looking for a thin depression or hole in the mud from its impact. Ten minutes of concentration later, my torch picked up a tiny gold reflection in the mud about the size of the tip of a pen. My fingers looked huge in comparison and initially I buried it further, but when I tried again I felt the familiar shape of a ring. I was relieved – but not as much as Greg, who admitted that this was not the first time it had been recovered from the sea!