Looming oil disaster in the Caribbean 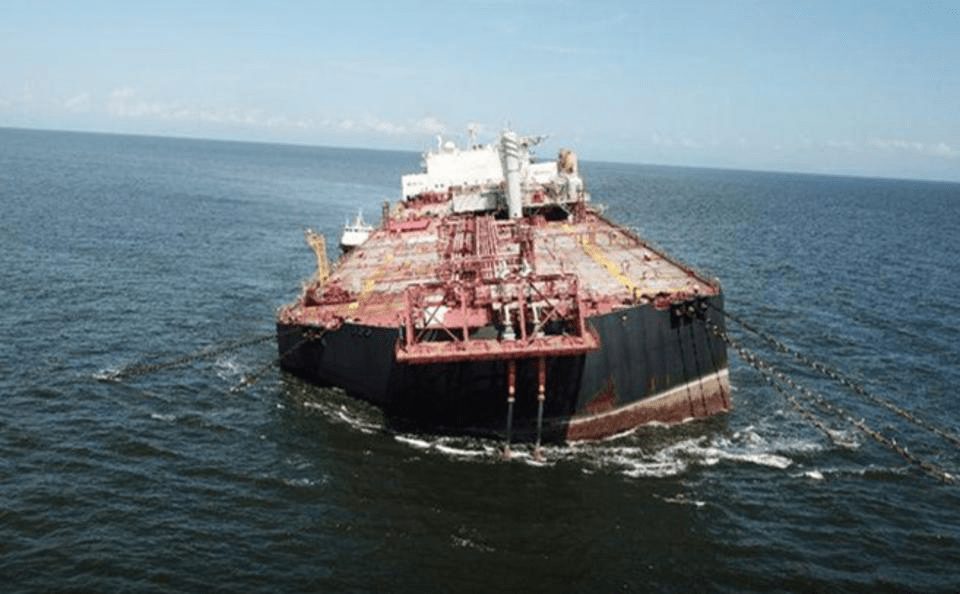 The southern Caribbean is under threat from a looming oil disaster that could be five times worse than the Exxon Valdez spill in Alaska in 1989.

The 264-metre-long Nabarima, which is a Venezuelan oil tanker part-operated by Italian energy giant ENI, is carrying 1.3 million barrels of oil, and it has been sinking for several months, with seemingly little action being taken to deal with the potential crisis. It was abandoned without a crew following sanctions from the US in late-2019.

Gary Aboud, Corporate Secretary of Trinidad and Tobago-based environmental group Fishermen and Friends of the Sea, was able to get close enough to the heavily listing tanker – which is moored in Venezuelan waters – to capture drone footage that shows just how serious the situation is, especially as the hurricane season is not due to end under 30 November. In early September, the Nabarima had a five degree list, this footage shows it is now more like 25 degrees, a massive increase in just six weeks.

If the tanker does sink and spill its cargo into the surrounding ocean, the prevailing currents and wind direction mean that as well as Trinidad and Tobago, other major tourism hotspots such as Grenada, Barbados, St Lucia and St Vincent and the Grenadines are all in the potential firing line.

Photo credit: Trinidad and Tobago Fishermen and Friends of the Sea