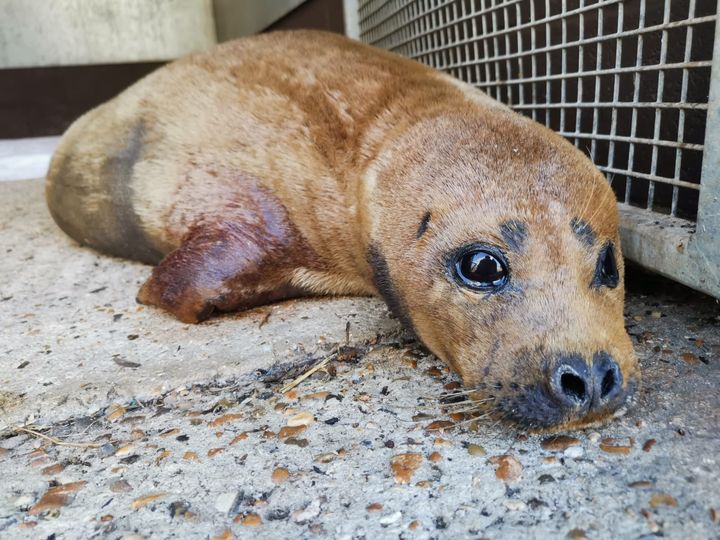 A seal named Freddie Mercury – after the late lead singer of the band Queen – that had been delighting people in London with his antics in the River Thames has had to be euthanised after a ferocious dog attack.

The distressing attack happened in front of shocked onlookers on Sunday (21 March) when the nine-month-old seal was basking on the shoreline. The off-lead dog savagely bit the seal several times, causing severe injury including a broken bone, dislocation, and joint, ligament and nerve damage. The dog also bit people who came to the aid of the stricken seal, and they then held on to Freddie until marine mammal medics could arrive on the scene.

Freddie – who was only aided by BDMLR last month to have a fishing lure removed from his mouth – was taken to the South Essex Wildlife Hospital in Tilbury for treatment, but alas, to no avail. The seal would not be able to return to the wild if the flipper had been amputated, and BDMLR have a firm policy on not putting animals into captivity – the seal's welfare is put first and foremost.

Alan Knight OBE, CEO of BDMLR, said: “Freddie was a wild seal and after the ferocious attack on Sunday, he suffered a serious broken and dislocated flipper. We contacted one of the UK's leading orthopaedic surgeons, and he said that unfortunately, the only option was to euthanise the seal.”