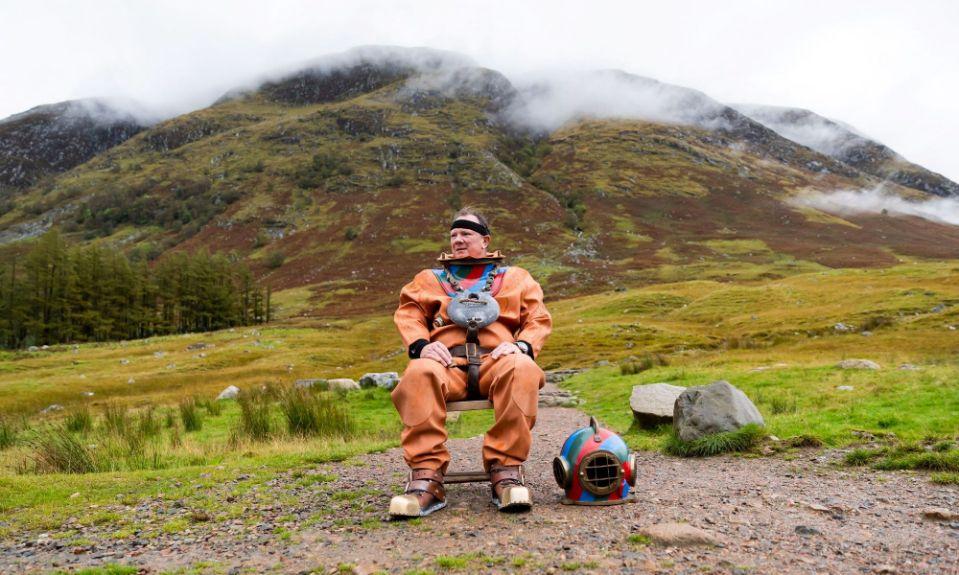 Indomitable charity fundraiser Lloyd Scott is back in his hardhat diving equipment – and this time he is doing the Three Peaks Challenge!

Lloyd Scott hit the summit of Ben Nevis yesterday, ticking the first peak of the daunting challenge – to climb the highest peaks in England, Scotland and Wales – which is testing enough without wearing nearly 60kg of old-school dive kit. 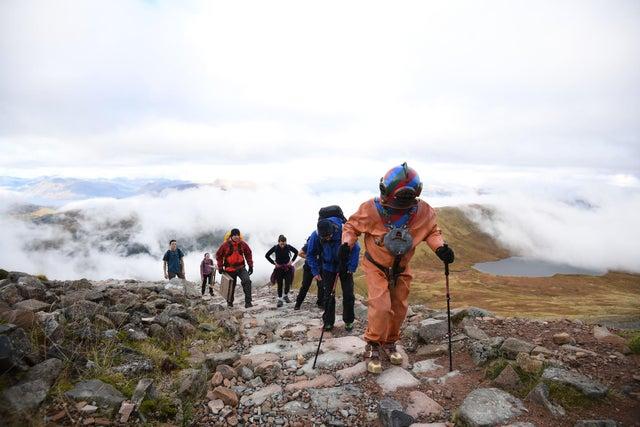 This will represent the final fundraiser for the 58-year-old, who is raising money and awareness to help disadvantaged and disabled young people battling loneliness. It is expected it will take him eight days to complete the tortuous climbs.

The former goalkeeper first shot on to the world stage back in 2002, when he completed the London Marathon route in six days wearing the hardhat dive equipment. He has been active for charities for 30 years, raising more than £5 million while taking part in more than 50 events – including cycling across Australia on a penny farthing, and walking from Land's End to John O'Groats dressed as a T-Rex. 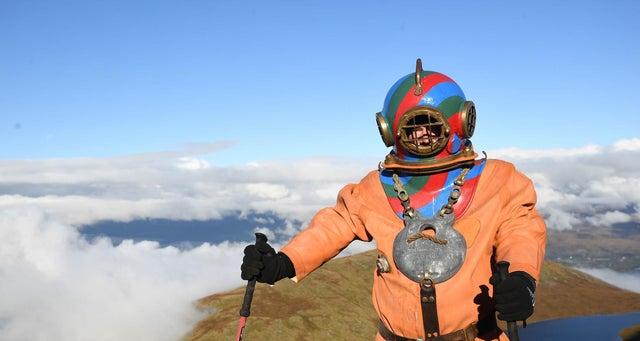 “Most people don't know me – which I'm quite happy with – but they do know the man in the diving suit, so I become a fairly recognizable character doing this challenge,” said Lloyd.

“I'll be wearing a helmet, big weights, a fairly waterproof suit and some nice big boots – so not your ideal hiking gear! I'm not sure what challenges I'm going to face. It's going to be steep, it's going to be high, but I've not climbed any of the peaks before, so that makes it really exciting.”

He received the MBE for his services to charity back in 2005, and at the time joked it should stand for ‘mad, bonkers and eccentric'.

You can donate to the cause via Give As You Live.