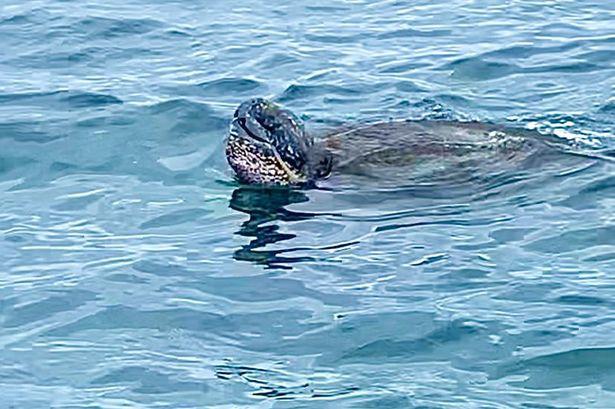 A father-and-son fishing duo had the encounter of a lifetime when a rare leatherback turtle surfaced next to their fishing boat off the coast of North Wales.

Paul Waterworth and his ten-year-old son Oliver, from Warrington, were on a fishing trip some six miles off Rhos-on-Sea with Incentive Sea Fishing Trips on Thursday when the sighting occurred.

Leatherback turtles can live to be 100 years old, are the largest species of turtle in the world, and are an extremely rare sight off the coast of the UK, though they do roam the oceans in search of jellyfish to eat. 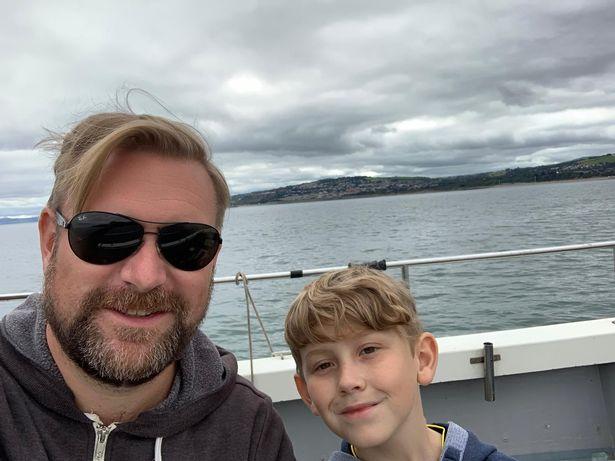 Mr Waterworth said: “It was one of those moments where you don't really reflect on it for a few days to come. We're still a bit on cloud nine.”

His son has now decided to name the turtle Harold. He said: “We are very big on no plastic and we always joke that we are saving the sea turtles, but now we will be saving Harold.”