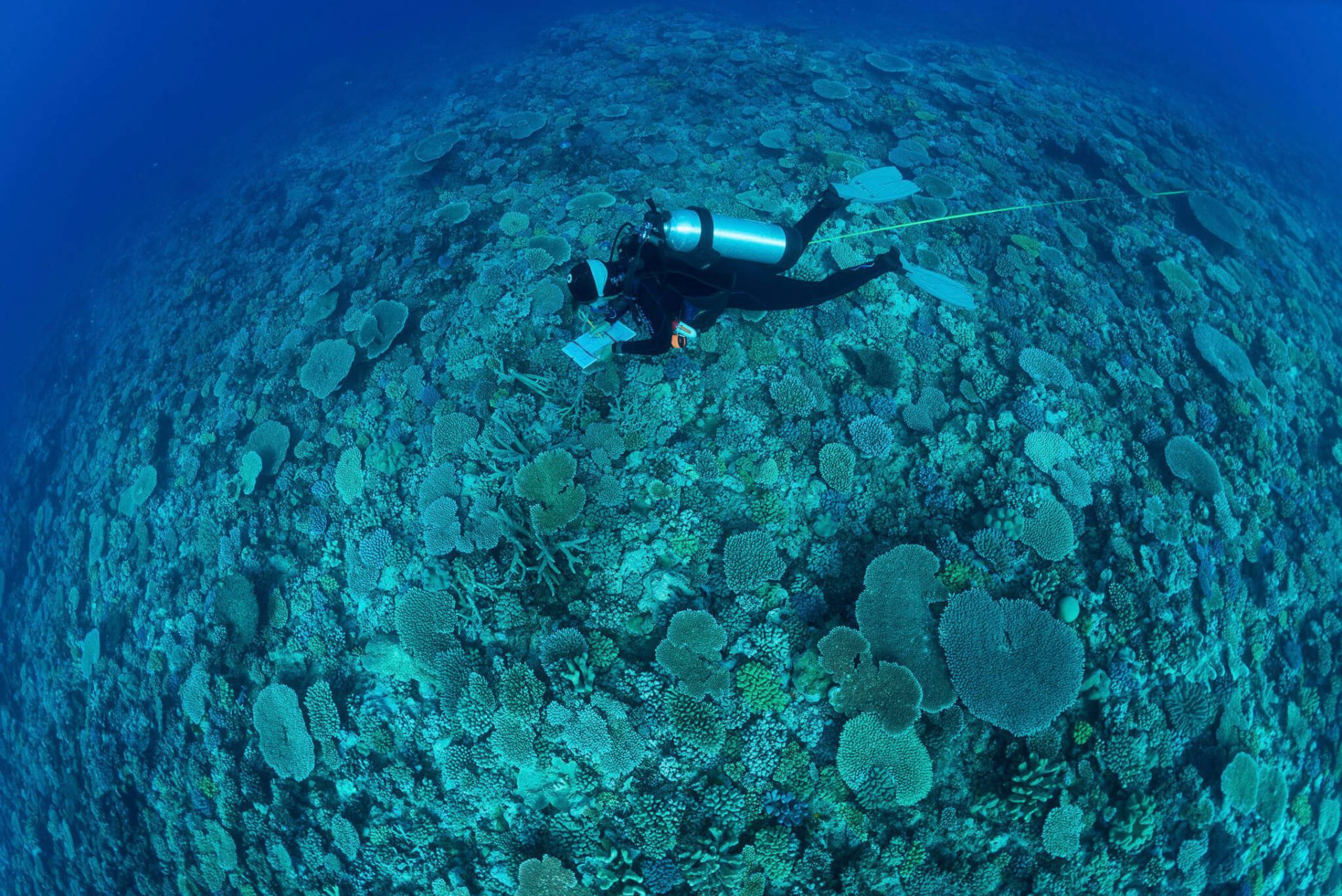 Marseille, France – Coral reefs around the world are rapidly declining due to various natural and anthropogenic factors, including climate change, overfishing, pollution, and coastal development. Scientists estimate that we have already lost more than half of the world’s coral reefs, and we could lose the rest by the end of the century.

To combat this coral reef crisis, the Khaled bin Sultan Living Oceans Foundation embarked on the Global Reef Expedition—a 10-year research mission that assessed the status and major threats to coral reefs around the world. Using a three-pronged approach of science, education, and outreach, the Global Reef Expedition circumnavigated the globe, surveying and mapping over 1,000 reefs in 16 countries across the Atlantic, Pacific, and Indian Oceans as well as the Red Sea.

“I launched the Global Reef Expedition to help bring about a new era of knowledge about coral reefs and the challenges they face,” said Prince Khaled, who funded and spearheaded this research mission. “I knew that this would require a gigantic translocation of resources, cutting-edge technology, and bringing expertise to some of the most remote coral reefs in the world. I did realize that this is not an easy task to achieve, yet my hope in fulfilling this mission never faded.”

This massive international effort turned into the largest coral reef survey and mapping expedition in history, as the Foundation responded to requests from countries to study their coral reefs.

The Global Reef Expedition brought together a team of over 200 scientists, conservationists, government officials, and local experts who worked side-by-side conducting tens of thousands of underwater surveys of corals and reef fish communities.

Scientists on the Expedition also pioneered new ways to map coral reefs by combining high-resolution satellite imagery with data collected in the field, producing over 65,000 square kilometers of coral reef habitat maps. Together, these maps and surveys make up the most comprehensive standardized data set yet collected for coral reefs.

“The Global Reef Expedition was a monumental achievement,” said Sam Purkis, KSLOF’s Chief Scientist as well as Professor and Chair of the Department of Marine Geosciences at the University of Miami’s Rosenstiel School of Marine and Atmospheric Science. “It owes its success to nimble planning and a common vision shared by a broad group of forward-thinking scientists, managers, and educators. I have no doubt that the baseline determined by the GRE for the world’s reefs will remain a reference for centuries to come.”

Purkis says that new and unexpected partnerships are already emerging that speak to the comprehensive nature of this incredible dataset. NASA is now using maps from the Global Reef Expedition to help train their supercomputers to map the rest of the world’s coral reefs from space, while scientists at the University of Miami are using the data to model factors that contribute to the health and resiliency of coral reefs.

“This Expedition amassed a treasure-trove of data that is now being used for coral reef conservation,” said Alexandra Dempsey, the Director of Science Management at KSLOF, who presented the Foundation’s findings from the Global Reef Expedition this week at the World Conservation Congress.

She says the data provide a clear snapshot of the status and major threats to coral reefs at a critical point in time. These findings will be used as a benchmark for future research and analysis. They can also help countries prioritize areas for conservation and track changes to their reefs over time. “Several countries, including The Bahamas, Jamaica, Fiji, and the Cook Islands, used data collected on the Expedition to enact new conservation measures, such as marine protected areas and fishery closures, to protect their reefs.”

What the Expedition found was just as remarkable as what it took to collect the data. Evidence of the unfolding coral reef crisis was observed on reefs around the world, with climate change and outbreaks of predatory crown-of-thorns starfish causing substantial damage, even on some of the most remote and undisturbed coral reefs on Earth.

The vast majority of reefs surveyed also showed signs of overfishing, with few large fish and lower than expected fish biomass. However, the Expedition also encountered pockets of vibrant reefs with high coral cover and thriving reef fish communities, providing a glimmer of hope that under the right conditions, some reefs may be able to survive into the future.

In addition to the scientific findings, the Expedition also noted a wide disparity in ocean literacy among communities that heavily rely on coral reefs for their lives and livelihoods. The Foundation addressed this need by launching new education and outreach programs, including a coral reef ecology curriculum and documentary films, to share their knowledge of coral reefs and improve ocean literacy worldwide.

Now that the Global Reef Expedition is complete, Prince Khaled hopes the knowledge gained from this research mission will continue to be used to leave a lasting legacy of ocean conservation, “so our children, and our children’s children, can also experience the beauty and wonder of a coral reef.”