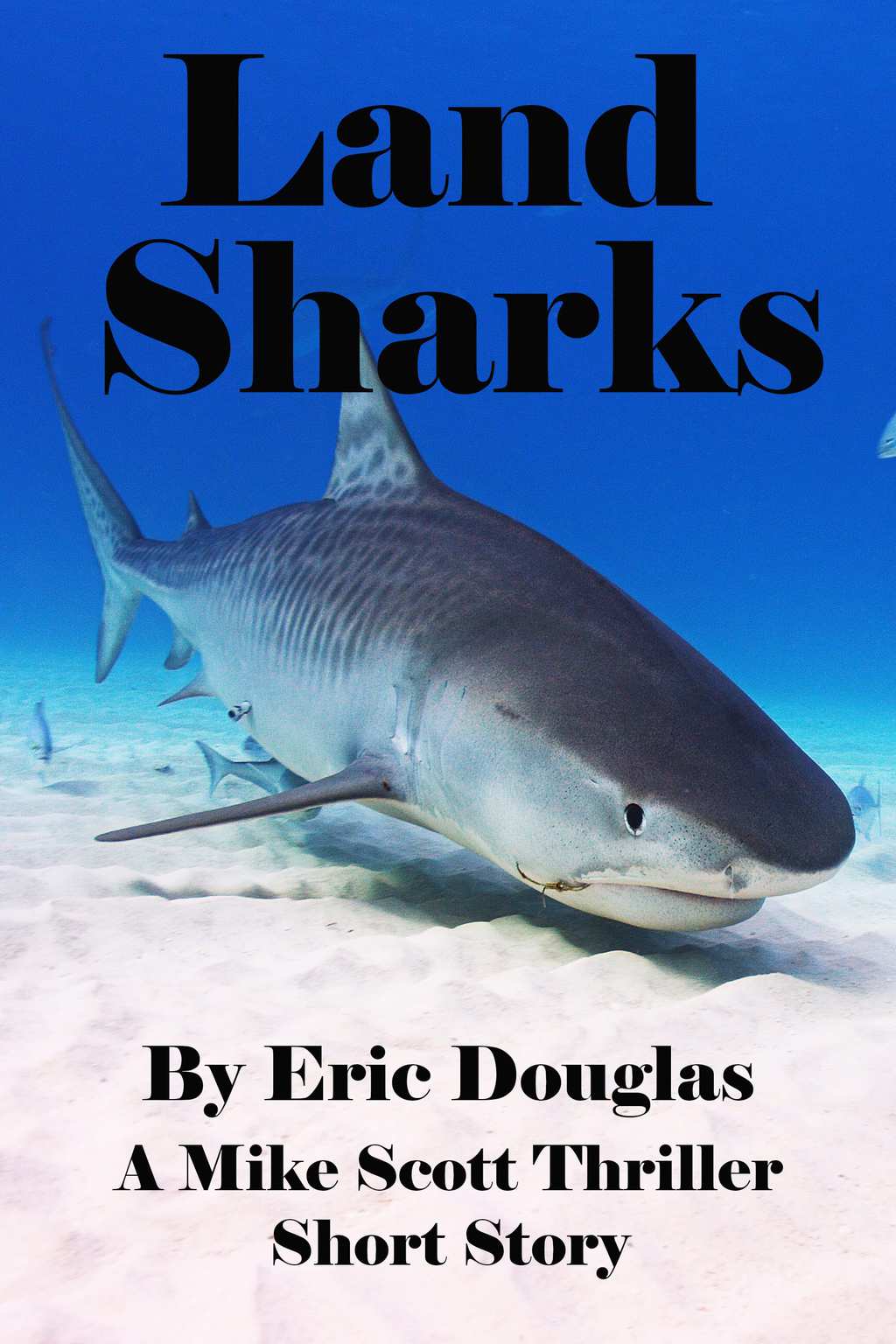 Today we’re breaking down ten of my favourite Scuba...
Contents hide
1 Chapter 3
1.1 Walking back onto the resort property after striking out with the fishermen at the marina, Mike Scott was hot, tired and grouchy. Other than the warning from the man at the food truck, he hadn’t learned much at all. He walked with his head down, doing his best not to run into anyone, but barely paying attention to his surroundings.

Walking back onto the resort property after striking out with the fishermen at the marina, Mike Scott was hot, tired and grouchy. Other than the warning from the man at the food truck, he hadn’t learned much at all. He walked with his head down, doing his best not to run into anyone, but barely paying attention to his surroundings.

Mike pulled his key card from his pocket and was about to insert it into the door when he realized it was ajar. He paused and stepped back to make sure he was at the right door. The walkway to his room overlooked the one of the resort pools in a center courtyard. He was in the right place.

And then he heard a noise from his room. There was no maid service cart anywhere to be seen so he doubted a resort employee was in his room. Mike quickly decided the direct approach was the best one. He gathered his thoughts, looked around to see if there was anyone else around and then shoved the door open as hard as he could, following it into the room immediately.

The door stopped halfway on its arc and Mike heard an “oof” as it struck someone standing on the other side. Mike darted past the half open door. He quickly realized there were two men; both about Mike’s size. They appeared to be looking for something and didn’t care who knew it. His room had been tossed.

The man Mike hit with the door was on his knees holding the back of his head. Mike decided he presented the lesser problem. Mike faced the still-standing man as the intruder leapt across the bed and tackled Mike. They fell to the floor struggling. Mike’s assailant shouted to his friend “Get the stuff and go!”

As the man finished his sentence, Mike’s right hand connected with his attacker’s jaw, knocking him backward. Mike started to stand and grab the man behind the door, but his attacker wasn’t out of commission yet. He hit Mike in the kidney and then he tackled him again.

Mike punched the man again, but didn’t pause to see if it did any good. He immediately hit him again and again; first with a right, then a left and then another right. Out of the corner of his eye, Mike saw the man from behind the door grab his computer and tablet and run out of the room. He heard a woman scream from the courtyard.

Mike’s attacker flipped him on his back and grabbed Mike by the throat.

The exertion from the fight had Mike breathing hard and now the man was on top of him and was cutting off his air supply. Mike knew he couldn’t last much longer. Rather than trying to break the man’s two-handed chokehold, Mike began hammering the man’s body with every ounce of energy he had left. Mike’s right arm hurt from the shark attack, but the adrenaline of the moment allowed him to swing and punch through the pain.

Mike’s head began to swoon from the effort, but he kept punching away at the man’s ribs and stomach. Mike felt the man’s grip loosen and then just as quickly, he fell to the side. Mike’s beating had done the trick, but Mike didn’t have the strength to do anything about it.

He looked up at the ceiling above him and saw a man standing above him through blurry eyes. The only thought that came to his mind was The other guy came back! and Mike started to try to protect himself and then he heard a voice through the fog.

“It’s me, Mike. You’re okay. I brought security with me. It’s gonna be all right.”

The thundering of his heartbeat in his ears began to lessen and Mike realized it was Frazier standing over him. Mike relaxed and did his best to breathe for a few minutes.

Resort security called the police and tried to settle everyone down. Dr. Cardinal came back to the resort to check Mike out again.

“Mike, I may have been hinting that I wouldn’t mind seeing you again, but this wasn’t what I had in mind,” Cardinal said with a laugh when she was done bandaging Mike’s cuts.

“Sorry about that, Doc. It really wasn’t what I had in mind, either,” Mike said, shaking his head. “How about we get together for dinner so I can pay you back for this extra care and the house calls?”

Mike’s attacker clammed up after he was arrested. As the police led him to a car to take him to the station for further questioning, Mike realized Mr. Howell Pettibone was approaching. The two men, Pettibone and Mike’s assailant, passed within 15 feet of each other. Mike imagined he saw their eyes meet, but he couldn’t be sure. And then he realized Pettibone was coming straight at him.

Well, this should be interesting, he thought.

“Mr. Scott, I came as soon as I heard about your problem. I hope everything is all right,” the man said stiffly.

“I’m fine, bruised, but fine. The other man got away with my laptop and my tablet. You remember it. That was the one I showed you the photos on,” Mike said with a sneer. Mike didn’t believe in coincidences and this day was getting thicker and thicker with them.

“Oh, that is too bad,” Pettibone said. “Our police force is very capable. I’m sure they will do their best to find your belongings.”

“Have you come to force me to leave the island?” Mike asked. “I believe that was what you said to me earlier today.”

“Oh, goodness no. I did some checking around today and found someone who can explain everything to you. He would like to meet with you this evening at 7 pm if you feel up to it. He will be down by the docks. I can show you where he will be if you are interested. I certainly understand if you are not feeling up to a meeting after the day you’ve had.”

“You found someone who can explain what I saw to me? The dead sharks without their fins?”

“Yes, of course. There is a perfectly reasonable explanation to what you saw and didn’t involve anyone breaking Bahamian laws.”

“Care to explain what that is?”

“Honestly, no. I think the gentlemen you will meet this evening will do a much better job of explaining everything.”

“I’ve just realized you don’t have your computer anymore. Does that mean you have lost your photos, too?” Pettibone asked.

“They are still in my camera, of course. I haven’t deleted them from the memory card, yet,” Mike said. “It’s a good thing, too. Now that I’ve lost my computer and tablet, I don’t have any way to back them up.” Mike didn’t mention the set of images he uploaded to the cloud server the night before. He was sure he was being set up, but wanted to see where it would go.

“That is very good to hear,” Pettibone said with a broad smile that didn’t extend to his eyes. “I am relieved. Do you want to meet with the man? He said you are welcome to photograph his operation if you want.”

“You said you will take me to meet this man, right? I’ll be waiting a little before 7 pm for you to pick me up. I appreciate it.”

Between the shark bite and the fight, Mike was stiff and sore as he walked to the front of the resort to meet Pettibone for their meeting with the person who was going to “explain everything.”

Crossing the open-air lobby, Mike saw Frazier waiting on him.

“I’m coming with you,” Frazier said. “I think you’re walking into trouble.”

Mike looked Frazier in the eyes for a moment before he answered him, considering the man’s offer.

“No, my friend. I want you to stay here. I’m used to this sort of thing, believe it or not, and I don’t think you are,” Mike said with a relieved smile. “But I’ll tell you what you can do for me.”

Mike quickly caught Frazier up on what he thought was going on and what he needed from him. Frazier wasn’t happy with the plan, but he reluctantly agreed to play his part. As soon as Mike finished, Pettibone pulled up in the drive.

“Good to see you are right on time, Mr. Scott,” Pettibone said through the open window of the car. “Let’s go. I don’t want this gentleman to wait on us.”

“I understand, Mr. Pettibone,” Mike said and then turned back to Frazier. “Frazier, remember what I said. I’ll see you in a couple hours.”

“Understood, Mike. We’ll talk about that project when you get back.”

With that, Mike picked up his camera bag and slung it over his left shoulder, with a slight groan, and got in Pettibone’s car. Both men were quiet for a few minutes while Pettibone drove to the meeting spot.

“Where are we headed?” Mike asked.

“It’s not far. This gentleman contacted me this afternoon to say that he heard about what you saw and he had an explanation for everything. He owns a fish processing warehouse near the commercial marina and works with the local fishermen.”

Pettibone drove the same direction Mike walked earlier in the day and pulled up to a tired-looking warehouse on the waterfront. The place looked deserted. The fishermen had long since delivered their daily catch and the warehouse had made all of their deliveries around the island. When Pettibone stopped the car, he gestured toward the door.

“The man you are meeting is Mr. Scully. He said he would be waiting on you at 7 pm and we are right on time. Good luck, Mr. Scott.”

“Oh, goodness no. I have other meetings this evening. The business of the island never stops. I simply told Mr. Scully that I would bring you by to meet with him. I’m sure he can arrange a ride back to the resort once you are finished meeting and gaining a better understanding of his operation.”

Mike got out of the car, still moving slowly, even more convinced he was being set up. He turned back to Pettibone.

“Is there anything else I should know?”

“Not that I am aware of, Mr. Scott. I don’t know the man personally, but I know he has been in business a while and has been successful. I’m sure everything will become clear soon.”

Mike nodded and turned to approach the empty warehouse. He didn’t turn to watch Pettibone drive off although his ears told him that Pettibone drove off quickly.

TUNE IN NEXT WEDNESDAY FOR CHAPTER 4…