Jamie Hull back with Emperor Divers after injury 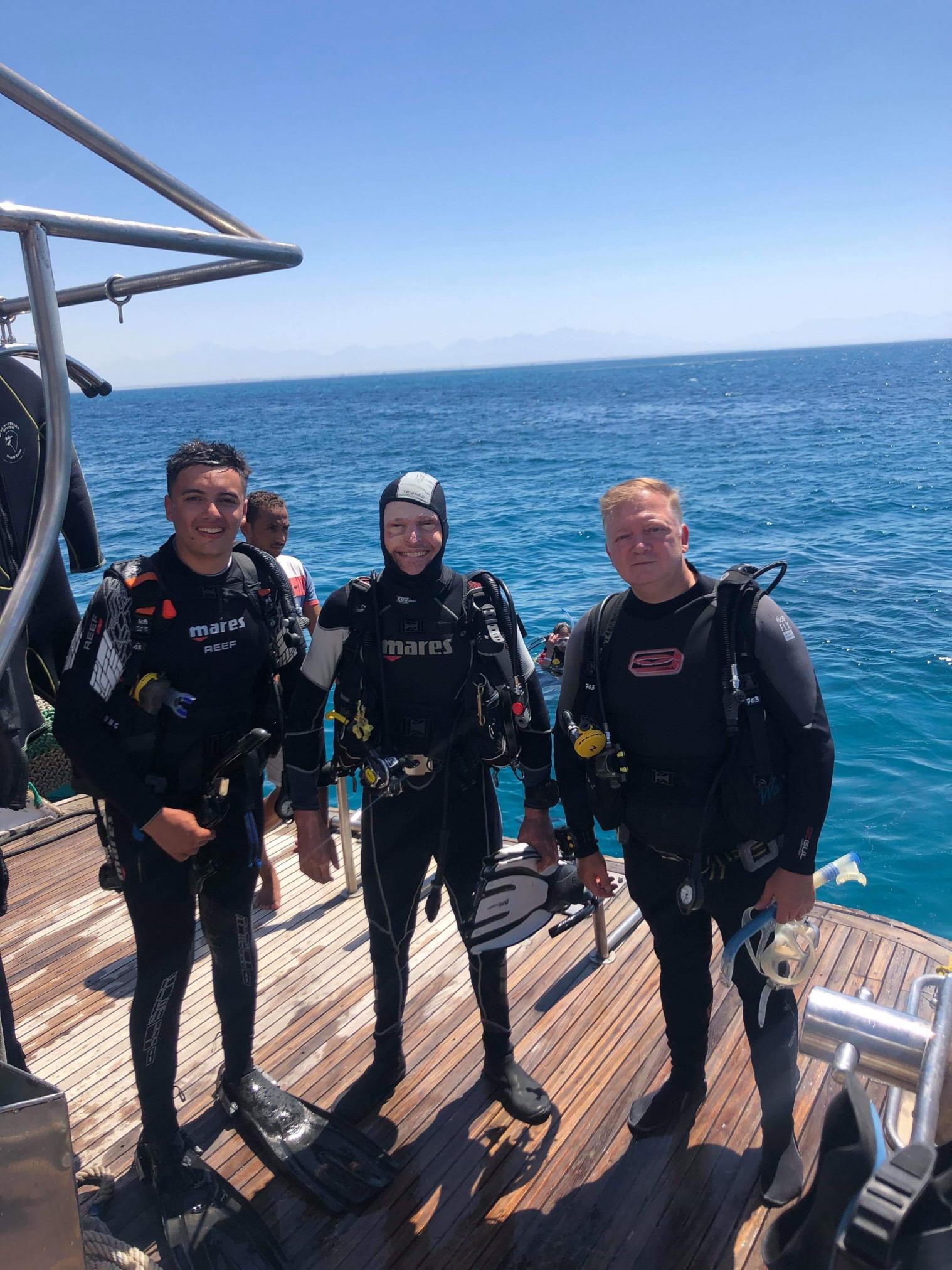 A former soldier in the United Kingdom Special Forces Reserve, Jamie Hull was fulfilling a lifelong ambition of becoming a pilot in 2007 when, on a routine solo flight, his engine caught fire.

Jamie sustained 60 percent third-degree burns to his body, tissue scarring and internal injuries. He was given a five per cent chance of survival. Undergoing over 60 operations, he was able to pull through but, for Jamie, life as he knew it was over.

Read how diving, one of Jamie’s first loves, helped him to get life back on track.

Back in 1998, Jamie was a keen and ambitious scuba diver. Originally a full-time officer in the Thames Valley Police, he decided to embark on his IDC with leading Course Director of the day, Theresa Simpson, who quickly took him under her wing and mentored him to success. A then-newly qualified PADI Open Water Instructor, Jamie couldn't resist the pull of the ocean and soon afterwards took the plunge to take a sabbatical from UK policing and return to the Red Sea to work directly for Emperor Divers.

“I still remember those early years,” Jamie reflects, “great memories of the excitement of working in a busy dive industry in Hurghada, resounding with the same clarity as the magical visibility of the Red Sea itself!”

Jamie's life story, however, went on to take the guise of many twists and turns, including a comprehensive service with the British Army as a higher committed Reservist working all over the world before being subjected to the ultimate physiological and psychological downfall that a human being could possibly sustain. In the summer of 2007, little did Jamie realise that an epic life-changing accident was on the horizon.

A catastrophic injury, sustained during his training to be a pilot, left him with 60 percent third-degree burns to his body, severe tissue scarring and internal injuries; Jamie was given only a 5% chance of survival. Undergoing over 60 operations, he was able to pull through only by the skin of his teeth but, for Jamie, life as he knew it was over, “I couldn’t see a life beyond injury, I couldn’t see that road ahead. Physically, I felt I was done for.”

Ultimately however, Jamie never gave up and after many years of pain and discomfort, he went on to further project himself in a range of challenging events and endeavours, always going a little further to achieve his goals and in doing so, helping to support others.

“Following on from the ethos of my former Regiment 21 SAS, I always try to continue to live by those values and, in particular, the ‘individual pursuit of excellence'. By way of example, I've continually followed my passion for scuba diving as a vehicle for benefitting my own recovery and rehabilitation from the burns injury.

Over many years, I've worked very hard with the diving and recently certified as a PADI Course Director. It's such an amazing sport, which has helped me enormously on the long road to a stronger recovery. One of my goals now is to continue working with others to enable them to fulfil their career ambitions within the dive industry.”

Excitedly going back to his roots with Emperor Divers, Jamie recently delivered a diving expedition for several UK veterans, training them on a range of PADI courses and using the Blue Brothers’ Emperor Divers dive centre in the stunning marina at El Gouna.

“Having previously used the efficient and reliable services of UK-based Diverse Travel, I was very impressed with the whole organisation of my recent dive trip to the Red Sea with Emperor Divers. In all sincerity, for anyone looking to organise any kind of dive trip around the world, the booking and administration of Diverse Travel always delivers as smoothly as a well-balanced regulator at 40 metres!” he said.

“The expedition I ran was indeed a great success, supported by the enthusiastic and diligent staff at Emperor Divers’ marina shop, including a highly competent captain and crew of the Emperor Pegasus dive boat. As a Course Director, I genuinely recommend the top service Emperor provides for divers of all levels. What's more, as for the diving in the Red Sea, I can still see the magic down there; with all the beauty, clarity and warmth there ever was!”