Invasive species, such as lionfish in the Caribbean and Mediterranean, have cost the world economy nearly £1 trillion, according to a new report in the journal Nature.

Researchers revealed the staggering amount of economic damage that has been caused by invasive species, which also includes ants and snails, in just the last 50 years.

And they warn that this damage will soar unless decisive action is taken by biodiversity agencies to improve prevention and extend control of biological invasions.

The Nature report shows how invasive species have damaged crop yields, human health and national infrastructure, as well as diverting billions in taxpayers cash each year.

Lead author Dr Christophe Diagne, from University Paris-saclay, said: “This trillion-dollar bill doesn't show any sign of slowing down, with a consistent threefold increase per decade.”

He explained how the global costs of invasive alien species were so massive that his team spent months verifying their models and overall estimate, to ensure they were not exaggerating, but actually found out their results were a massive underestimate of the actual economic costs. 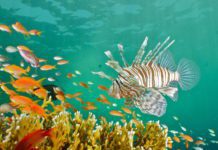 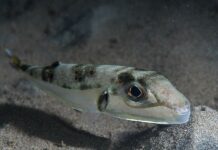