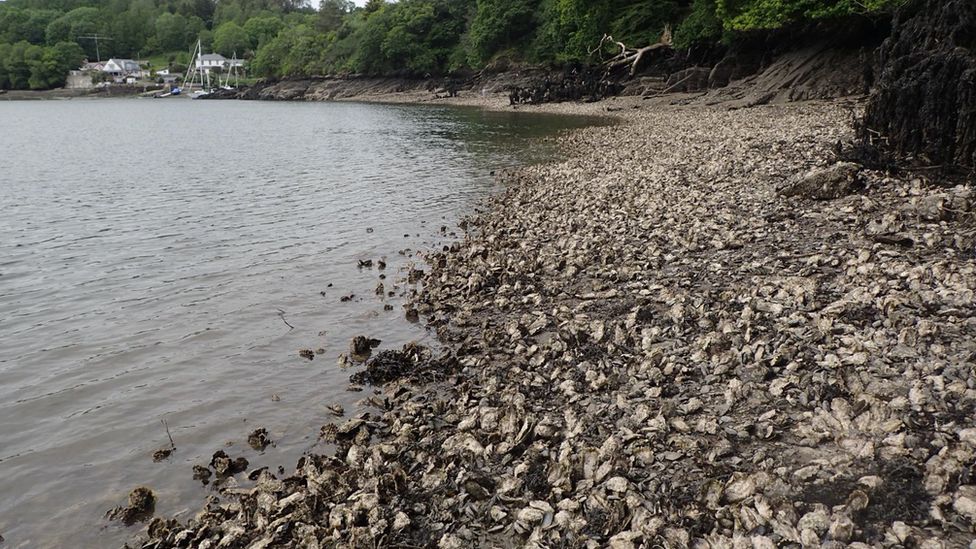 The Cornwall Wildlife Trust is warning that a ‘terrifying' expansion of Pacific oysters is presenting a serious threat to marine ecosystems in Cornwall and Devon.

The Trust's marine awareness officer Matt Slater said that Pacific oysters were brought to this country from the USA and Canada to be farmed back in the 1960s and 1970s, but that now they were encroaching on habitats for native species in estuaries in the southwest.

He explained that Pacific oyster had been found in every estuary on the south coast of Devon and Cornwall, and that more than 150,000 had been culled through 2019 and 2020 in a bid to control the spread.

Mr Slater said: “A few years ago, there were virtually none in the areas we surveyed, and now we're finding thousands of oysters. The numbers are pretty terrifying.

“If they're not kept under control, we could end up finding deep beds of oysters, metres thick, encrusting harbour sides, slipways and also encroaching on important protected estuarine habitats.”

Pacific oysters grow rapidly – they can reach maturity in just a couple of years, and each oyster can produce up to 200 million larvae annually.

When initially brought to the UK, scientists thought our local waters were too inhospitable for them to breed in any numbers, but warmer waters – attributed to climate change – have led to an explosion in the species.