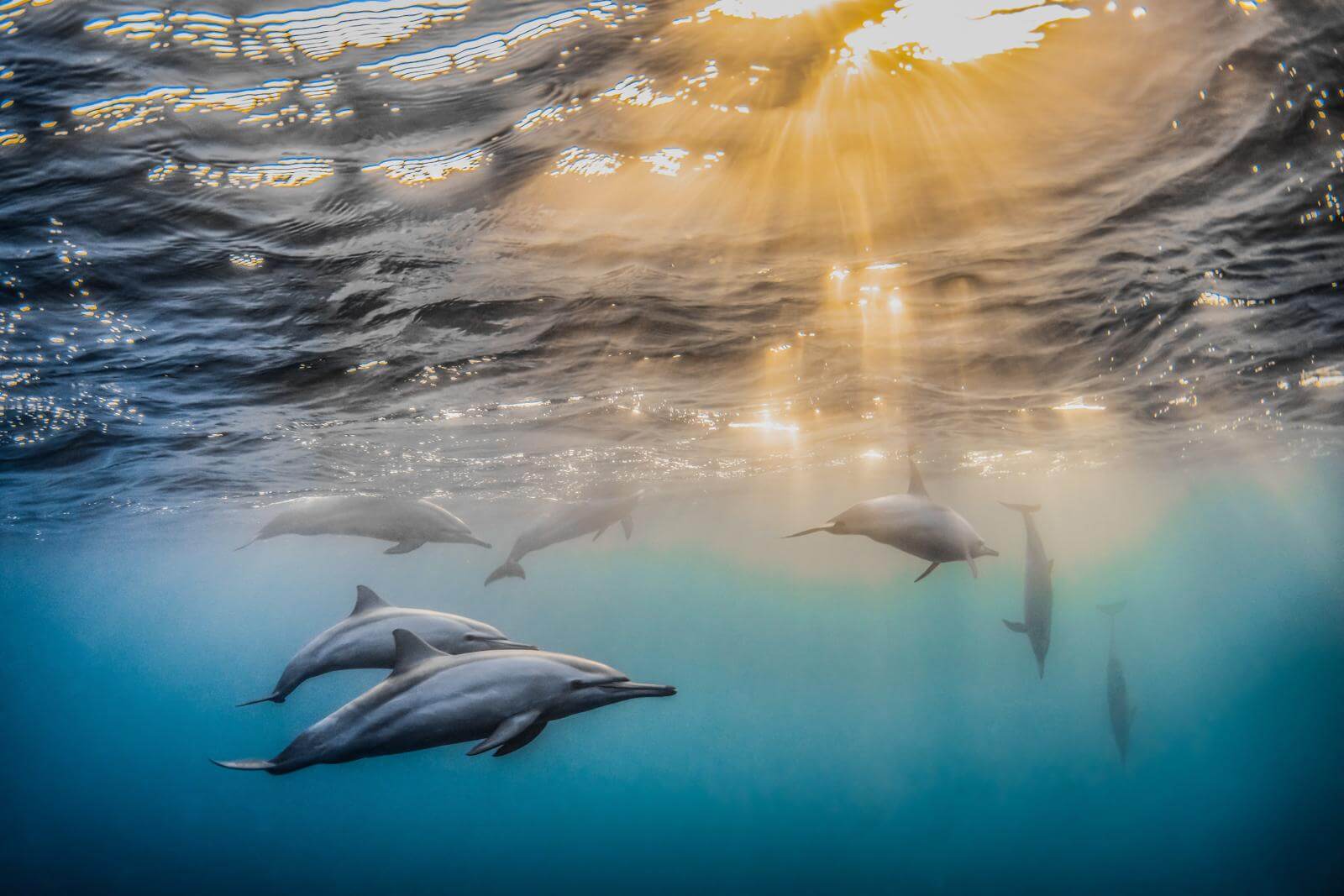 We go behind the lens with Rafael Fernández Caballero, a 25-year-old photographer who aims to showcase the beauty of our ocean and raise awareness about the importance of protecting it

It is fundamental to be a good diver first. There are two main reasons. The first is that if you are not a good diver, you will not be a good underwater photographer when diving. You have to be 100 per cent comfortable and have absolute control in order to be creative or think about good pictures underwater. The other reason is the environmental protection. If we don’t dive properly with a camera, we might destroy a lot of life and corals.

Nevertheless, with new technologies such as GoPro and activities such as freediving, I would say that we can achieve great images even if we are not divers or if we are not experienced divers. 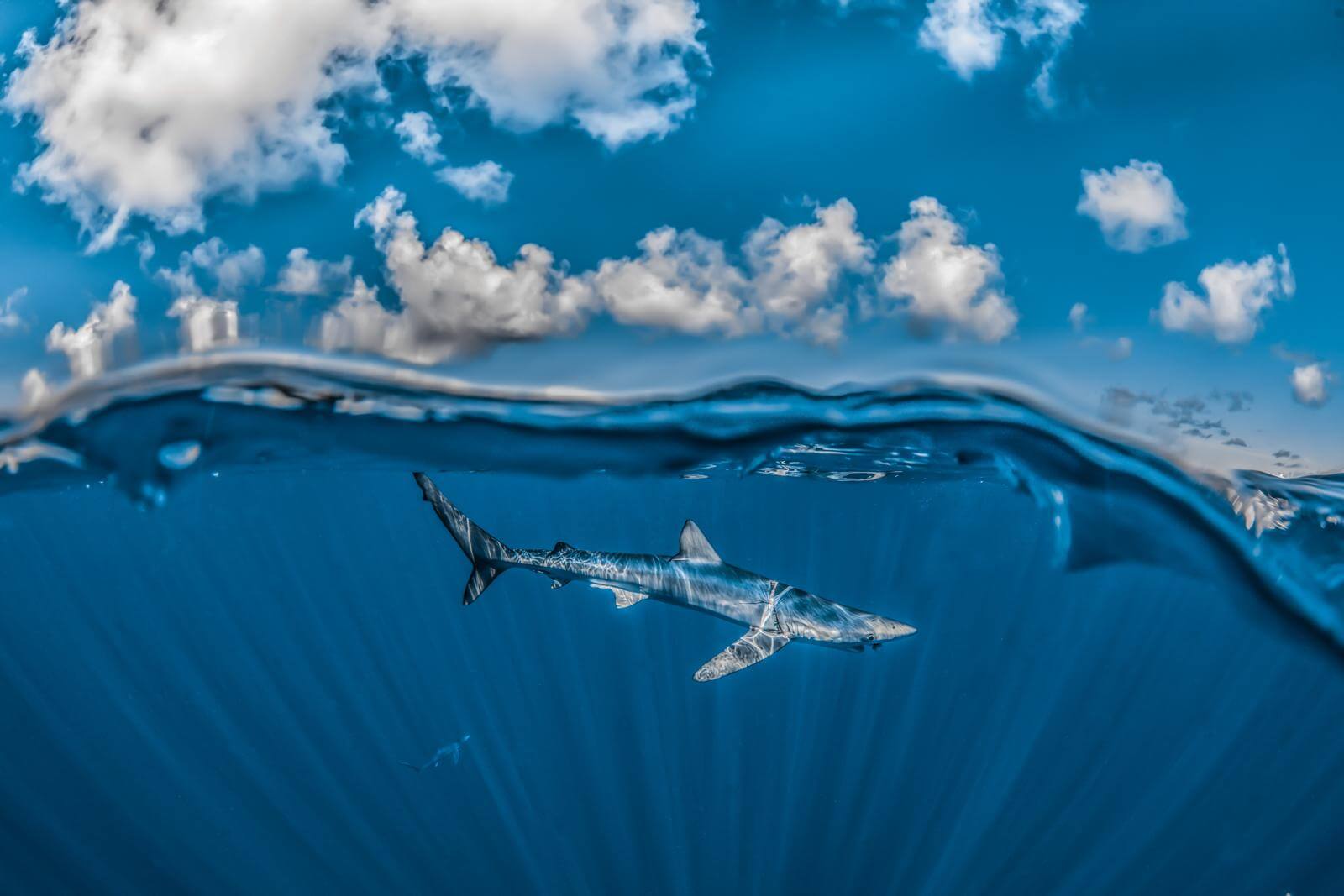 My main camera is the Nikon D850 in an Isotta housing. With that I do mostly pictures and also some 4K videos. I use two Orcatorch torches of 10,500 lumens and two Sea and Sea D2 strobes for lighting video and photos. I also use a GoPro 8 to get some videos or ‘making-of’ pictures.

With the camera, I use a fisheye lens (8-15mm) for all my wide-angle pictures and a macro lens (105mm) for all the other pictures of fish and tiny beings. I use an Isotta 6,5” glass dome and a port for macro with a macro wet lens +12. With that I have almost everything covered. I use different Isotta accessories and arms as well.

I consider diving equipment as a part of my underwater photo kitbag too, so that’s why being equipped with the best brand and material of Aqualung is one of the most important things when taking pictures underwater. 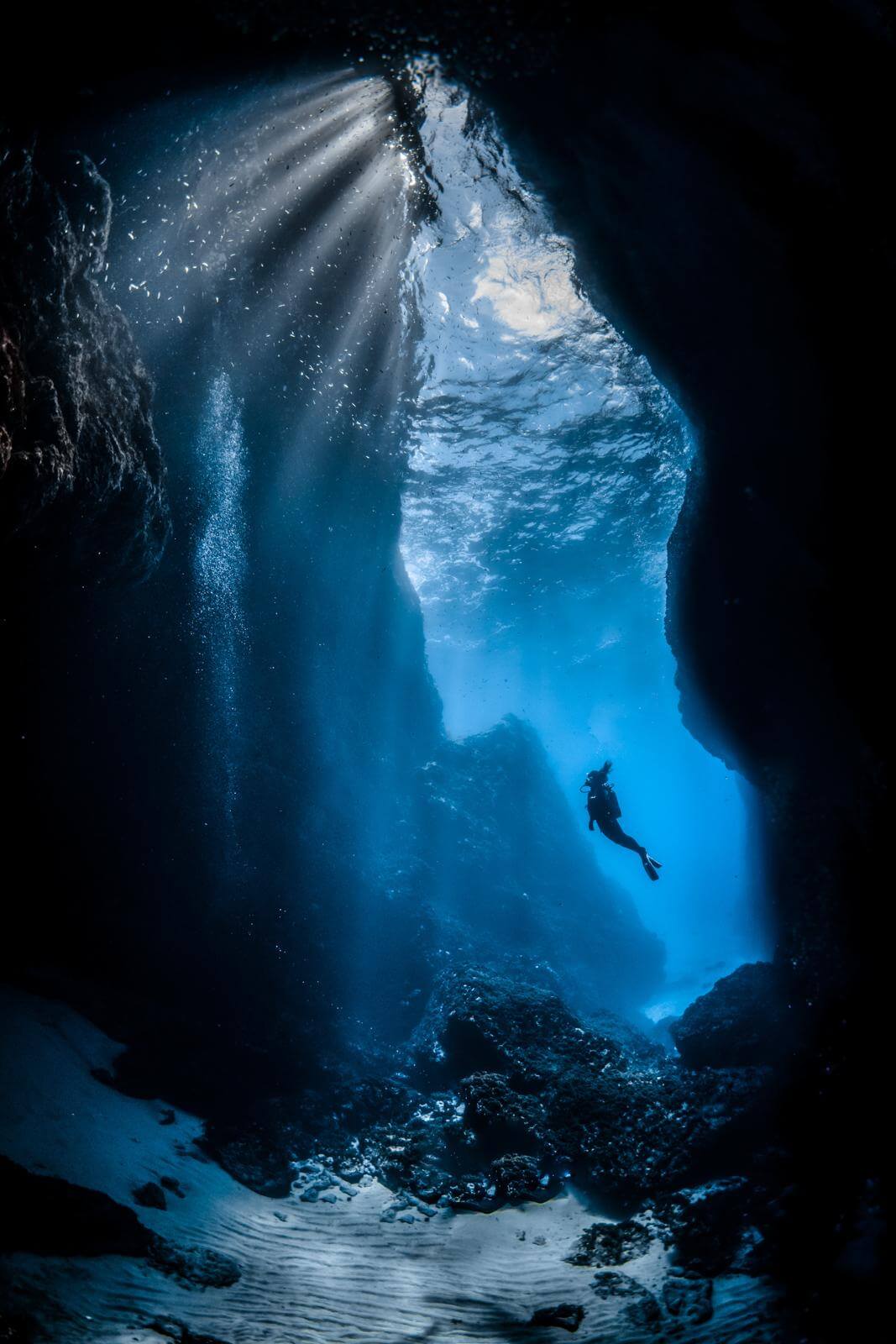 I like many places for underwater photography. In fact, what I like the most is the variety among all scuba diving places around the world (cold water, tropical reefs, pacific reefs, open ocean etc).

But If I had to choose one, I would say without any doubt the strait of Gibraltar. That is like my courtyard and it is really surprising to see all that life in the Mediterranean in my own country, so I feel it is like home. The diving there is amazing, especially in Ceuta where it is full of gorgonias, colour and life, but it is also a great place for whales and big animals.

All the risky situations such as big currents, deep dives or poor visibility are the obvious challenging dives. But for me, the most challenging dives are the ones in which I have only one or a few chances to photograph one animal such as jumping with whales or diving with sharks. In those situations the challenge depends on the animals and on your behaviour. That play between you and them is the most challenging, beautiful and unknown thing that you can experience to take an underwater picture.

I mostly admire other underwater photographers and videographers, and I could say many names from Spain and other countries, but if I had to say one it would be Paul Nicklen.
There are also other diving inspirations related to people who study and work for environmental protection such as Jacques Cousteau, the shark expert Gador Muntaner and many other heroes.

There many species on that list, mostly species that are endangered or that are disappearing in a specific area. The reason for that is to tell that story and try to raise awareness. Some specific locations would be the Antartica, some fresh water lakes and some places not so common. In terms of species, emblematic ones such as the blue whale.

While doing work with cetaceans in Tarifa with the ministry permissions, I have had some scary moments with pilot whales. They are very territorial so sometimes get close to you and start to move their tail in order to first warn you and afterwards, hit you. Luckily I have been very careful and as soon as I saw the first warnings, I got out of the water. We talk about peaceful wildlife, but in the end we are talking about WILD life, so have to always respect that way of thinking.

Many dives have been memorable, but if I had to say one day I would choose one in Faial, in the Azores Islands. I couldn’t dive because my flight was leaving at 4pm, so we went to snorkel and freedive at condor bank, a submarine mountain in the middle of the sea. That day we were swimming the whole time with four blue sharks getting really close and saw hundreds of dolphins and whales around.

A big whale came to look at us while we were close to the boat, and at the end, a school of big dolphinfish were doing circles around us. The great thing about the ocean is that any day can be unexpected and memorable.

Since he was a child, Rafael Fernández Caballero’s life has been linked with the sea and the world of underwater imagery. At 25-years-old, he is fully dedicated to professional underwater photography and video, with the aim of showing the beauty of our ocean to raise awareness about the importance of protecting it. He also runs workshops and photo-courses all over the world. He is an engineer specialising in renewable energies, a commercial diver and CMAS instructor.

Rafael has been the winner of many international underwater photography competitions since 2012, including the world and the European Championship, and has been on the jury of many others. He works on underwater video projects, both creating and directing them.

He has been published in prestigious photography magazines and his work has been seen in several exhibitions, scientific books and advertising campaigns. In addition, he is an international ambassador of different and important brands in the diving and image sector, such as Aqualung, Isotta, Orcatorch, Blueforce and Kanau.

See more of Rafael’s work at www.rafafdez.com or on instagram at @rafafdezjr

30th July 2021
Scuba Diver Editor-in-Chief Mark Evans presents a round up of new products that either are available now or in the near future. Don’t miss out on any future...