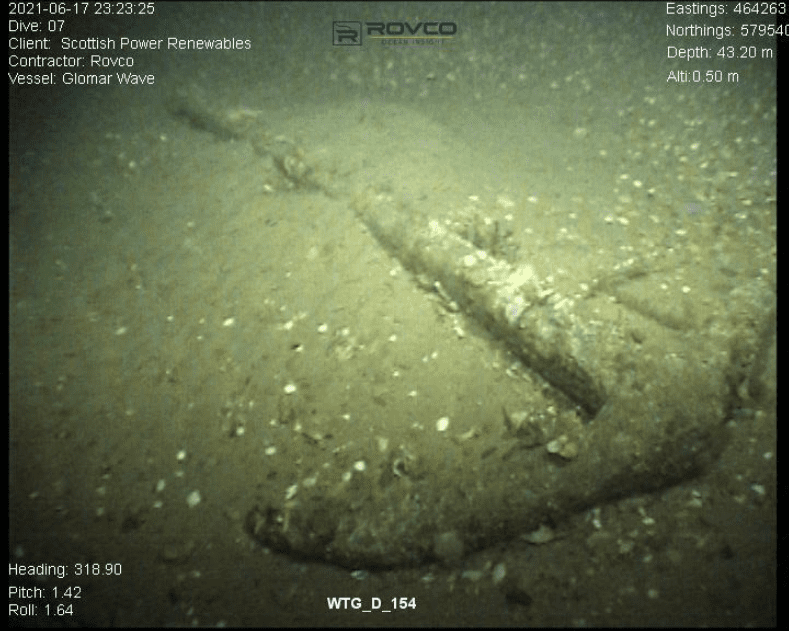 An ‘incredibly rare’ distinctive wrought-iron anchor discovered at the bottom of the southern North Sea during survey works for ScottishPower Renewables’ East Anglia ONE offshore windfarm will be unveiled to the world at a special media event at Ipswich Museum today (Monday 26 September).

The anchor is believed to be a rare example from the Roman or possibly late-Iron Age – somewhere between 1,600-2,000 years old ––  and could provide material evidence of ancient Romans seafaring and trading in the Southern North Sea, off the coast of the East of England.

While analytical work is ongoing to confirm the date, there are several features that suggest the anchor could come from the Imperial Roman period.

The Classis Britannica was the regional fleet of the Roman province of Britannia and the first navy of Britain. Although very little physical maritime evidence has been discovered, it operated from the mid first-century to the mid-third century and employed merchant vessels to transport foodstuffs, troops, horses and war machinery such as catapults and rams.

The anchor was first discovered in 2018 thanks to marine seabed survey works being undertaken by ScottishPower Renewables prior to the construction of its East Anglia ONE offshore windfarm, located around 40km off the coast of Suffolk.

Protected by an exclusion zone installed on the seabed during the construction works and monitored using remote underwater technology due to concerns over its long-term preservation, the anchor was safely and carefully recovered from the water in 2021.

Currently undergoing detailed imaging and analysis to better pinpoint its age and provenance, the anchor will be on display at Ipswich Museum briefly before being taken back to the laboratory. Once the analysis and conservations works are complete, this will allow the anchor to go on permanent display in conjunction with Colchester and Ipswich Museums.

The conservation works are being carried out by ScottishPower Renewables’ commissioned specialists Maritime Archaeology Ltd, in conjunction with the Mary Rose Archaeological Services, and with advice and guidance throughout the process from Historic England’s material science experts.

The anchor is the latest in a series of important historical and archaeological finds during the work on the award-winning East Anglia ONE windfarm, including a missing German submarine from World War One, numerous artefacts from the Bronze Age, Iron Age, Roman and Medieval periods, and a prehistoric monument – dating back more than 4,000 years – complete with a rare Neolithic wooden trackway and platform and an ancient wild cattle (Auroch) skull radiocarbon-dating to around over 6,000 years old.

despite the Portuguese claiming the Azores were never settled, we know they conform with tales of ‘the happy isles’ of Greek and Roman myth, and archaeology confirms many Iron Age and Roman remains on the Azores. So maybe they went up there via the English Channel.