Impressive reefs of the Solomon Islands

Survey of the State of Coral Reefs in the Solomon Islands 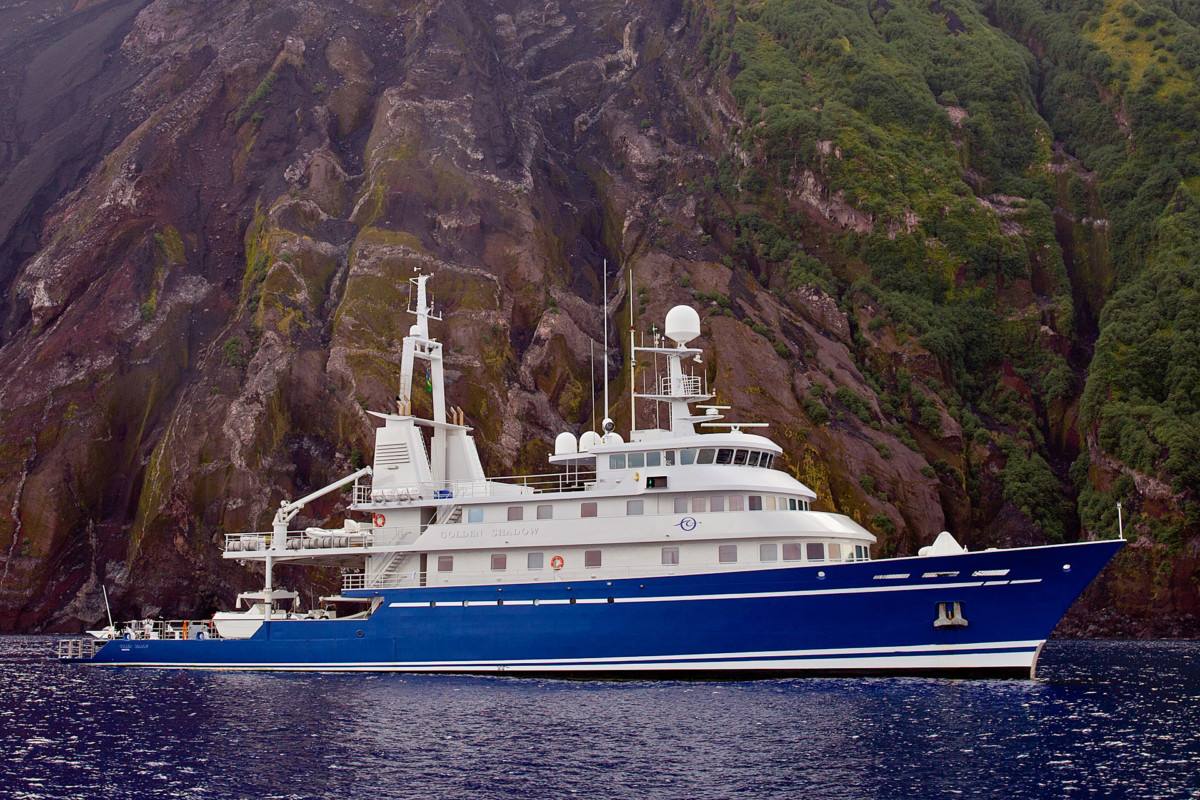 Scientists at the Khaled bin Sultan Living Oceans Foundation (KSLOF) have published a report on the status of coral reefs in the Solomon Islands. Released today, the Global Reef Expedition: Solomon Islands Final Report summarizes the foundation’s findings from a monumental research mission to study corals and reef fish in the Solomon Islands and provides recommendations on how to preserve these precious ecosystems into the future.

Over the course of five years, KSLOF’s Global Reef Expedition circumnavigated the globe collecting valuable baseline data on coral reefs to address the coral reef crisis. In 2014, the Global Reef Expedition arrived in the Solomon Islands, where an international team of scientists, local experts, and government officials spent more than a month at sea surveying the reefs and creating detailed habitat and bathymetric maps of the seafloor. Together, they conducted over 1,000 standardized surveys of coral reefs and reef fish in the Western, Isabel, and Temotu Provinces, and created maps for over 3,000 km2 of coastal marine habitats in the Solomon Islands. 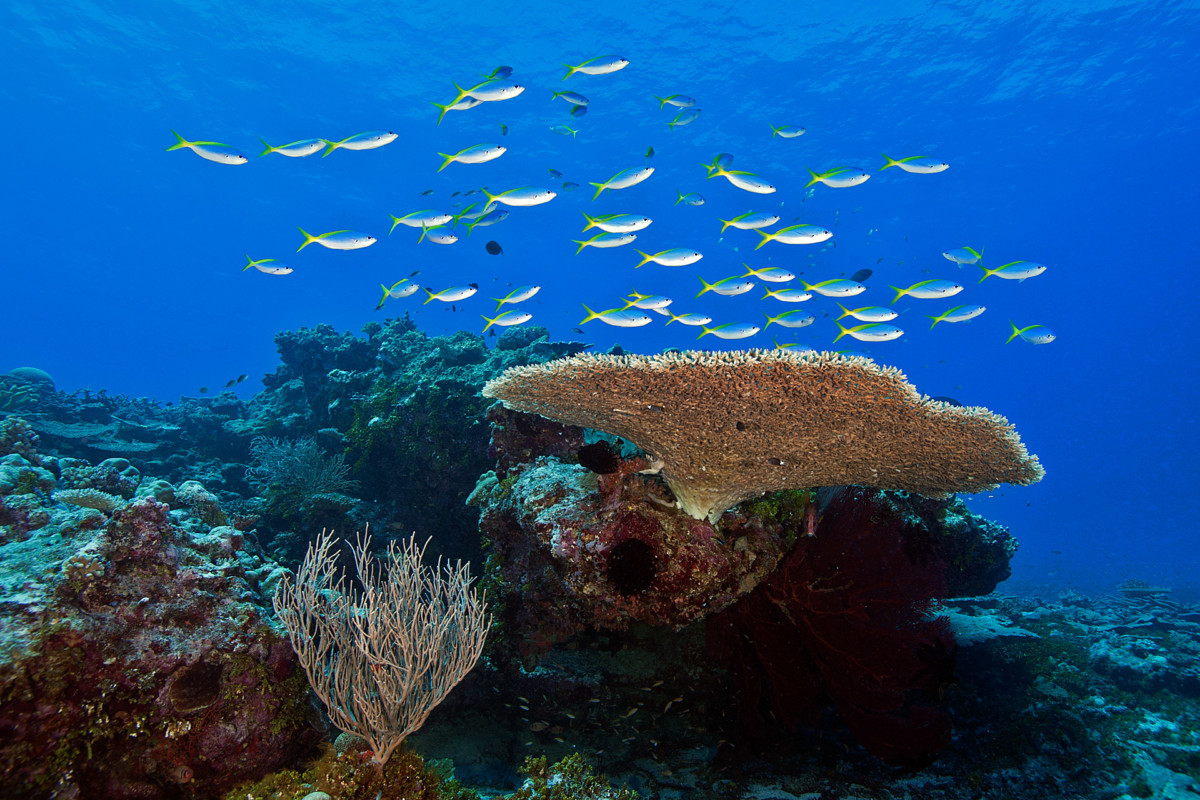 What they found were impressive reefs covered with abundant and diverse coral communities, but few fish. Most of the big fish were gone, and many of the nearshore reefs appeared to be overfished. There was also evidence of damage to reefs from a prior tsunami, and scars on the reef from predatory crown-of-thorns starfish, which had eaten away large patches of living coral.

“Our most alarming finding was the overall lack of fish, particularly on reefs near coastal communities,” said Renée Carlton, a Marine Ecologist at the Living Oceans Foundation and lead author on the report. “Overfishing not only impacts on the amount of fish on the reef, but it also impacts the coral community as well as people who rely on the fish for food and income. By prioritizing local management and taking steps now to protect the reefs and reduce fishing pressure, the long-term sustainability of the reefs in the Solomon Islands can be improved to be used well into the future.” 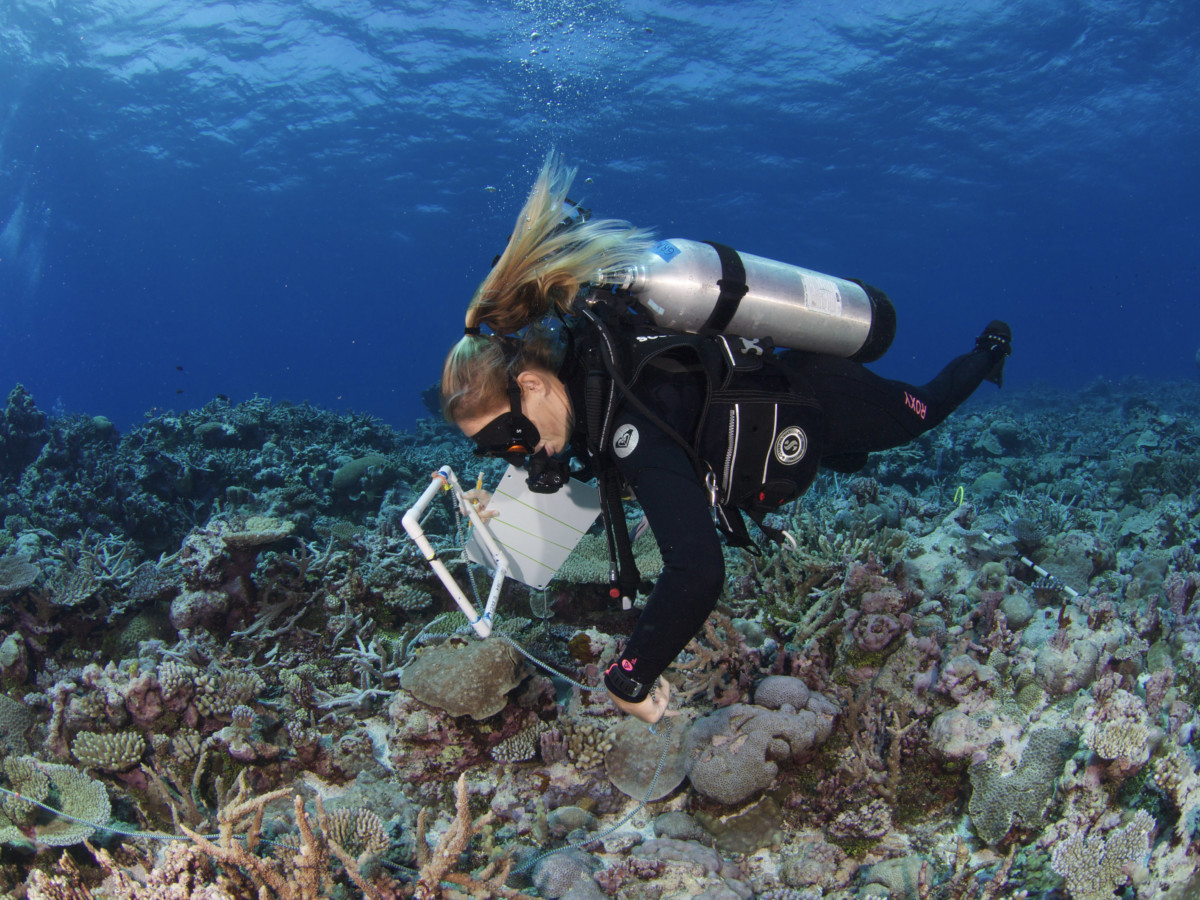 Although several years have passed since the expedition, the data from this research mission will be critical for monitoring changes to the reefs over time. Data from the research mission can also inform management plans to conserve critical marine habitats in the Solomon Islands and help marine managers identify which areas may require additional protection.

Many of the sites visited on the expedition were remote and under-studied, so not much was known about the state of these reefs before this research mission. Because Prince Khaled bin Sultan donated the use of yacht—the  M/Y Golden Shadow—for the Global Reef Expedition, the research team was able to access remote and otherwise inaccessible research sites far from port. These remote reefs in the Solomon Islands were generally healthier and in better shape than those near coastal communities and had some of the highest coral diversity observed anywhere on the Global Reef Expedition. 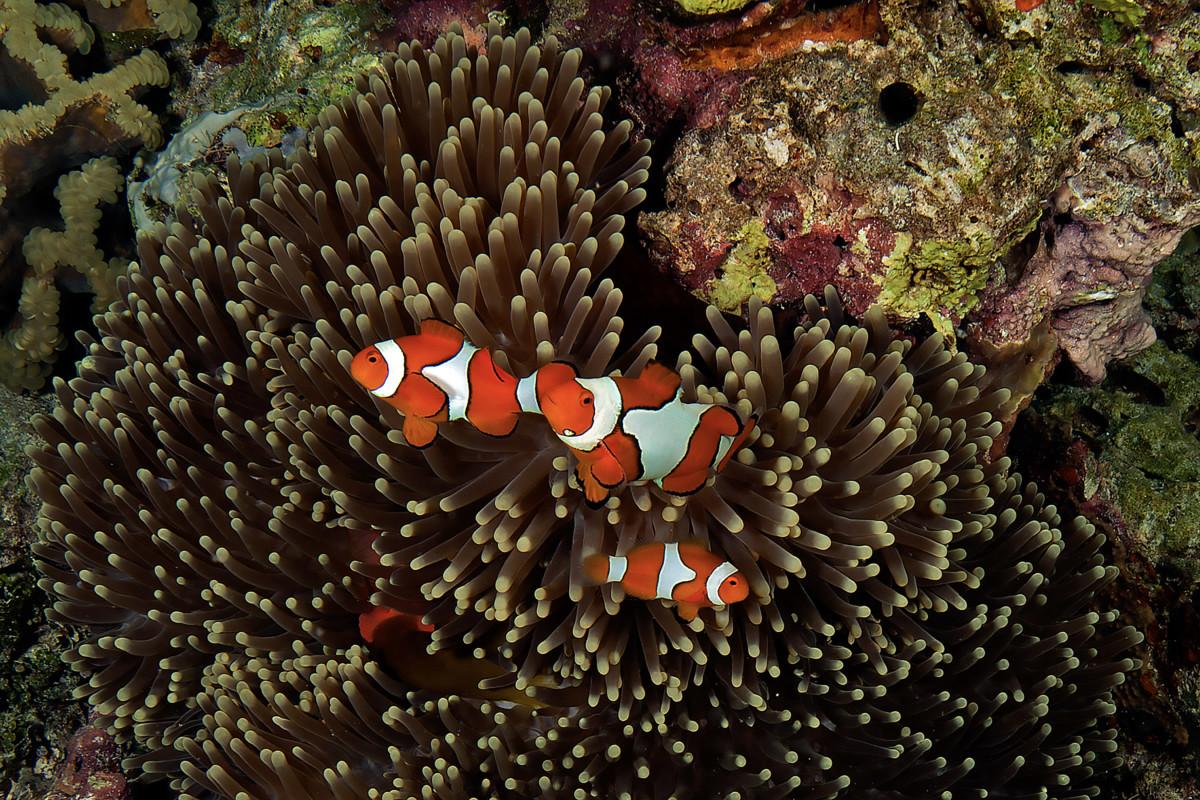 “The coral communities on reefs surrounding the Solomon Islands were simply stunning. It was a privilege for the Living Oceans Foundation to visit them and collect a broad portfolio of data, in the field and from satellite, which can be used to set a baseline condition for the country’s reefs against which change can be tracked,” said Dr. Sam Purkis, KSLOF’s Chief Scientist as well as Professor and Chair of the Department of Marine Geosciences at the University of Miami’s Rosenstiel School of Marine and Atmospheric Science.

Dr. Purkis and his team used a combination of satellite data, depth soundings, and field observations to make detailed maps of the reef down to a 2-square-meter scale. These are some of the highest-resolution bathymetric and habitat maps ever created of the Solomon Islands. They identify the location and extent of reefs surveyed by KSLOF in the Solomon Islands, as well as other important coastal marine habitats such as mangrove forests and seagrass beds. These maps can be explored on the foundation’s website at LOF.org, and can also be used by marine managers, scientists, and conservation organizations to track changes to the reefs over time. 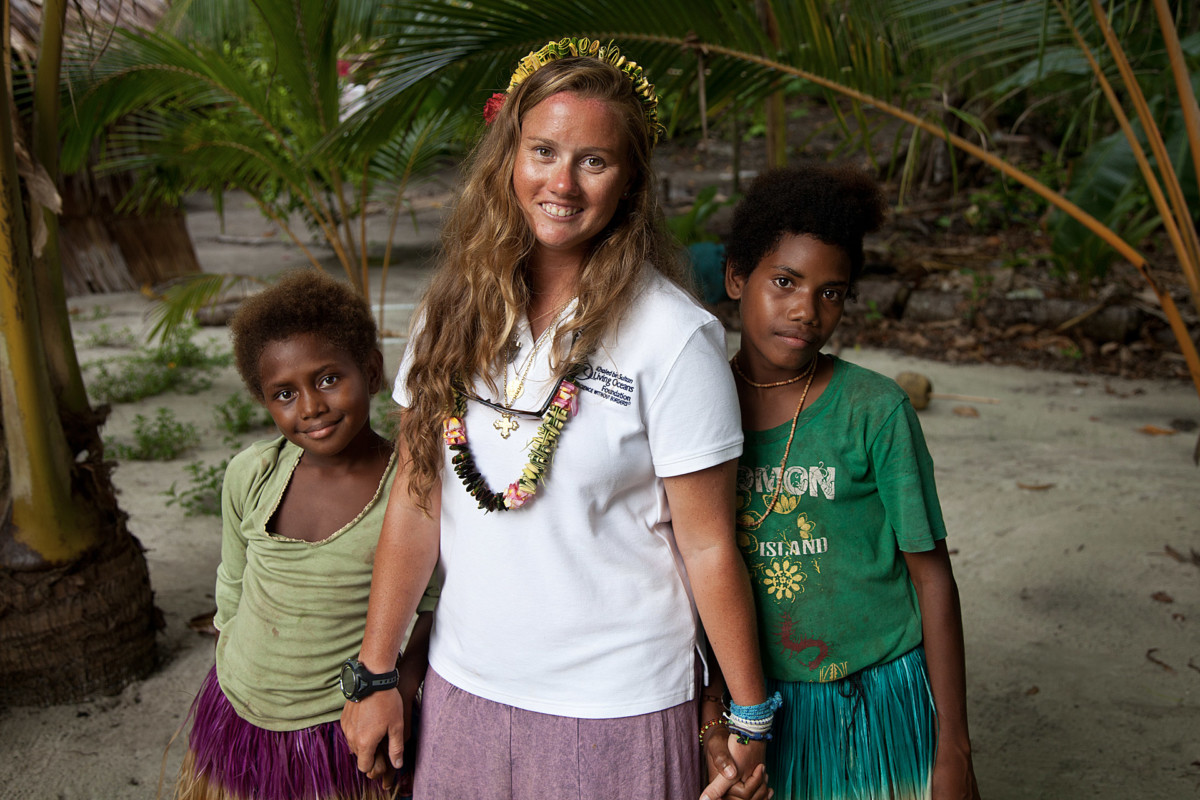 “This report provides the people of the Solomon Islands with relevant information and recommendations they can use to effectively manage their reefs and coastal marine resources,” said Alexandra Dempsey, the Director of Science Management at KSLOF and one of the report’s authors. “Our goal at the Khaled bin Sultan Living Oceans Foundation is to provide people with data and scientific knowledge to protect, conserve, and restore their marine ecosystems. We hope this research will encourage the Solomon Islands to consider robust marine conservation and management efforts to protect their coral reefs and nearshore fisheries before it is too late.” 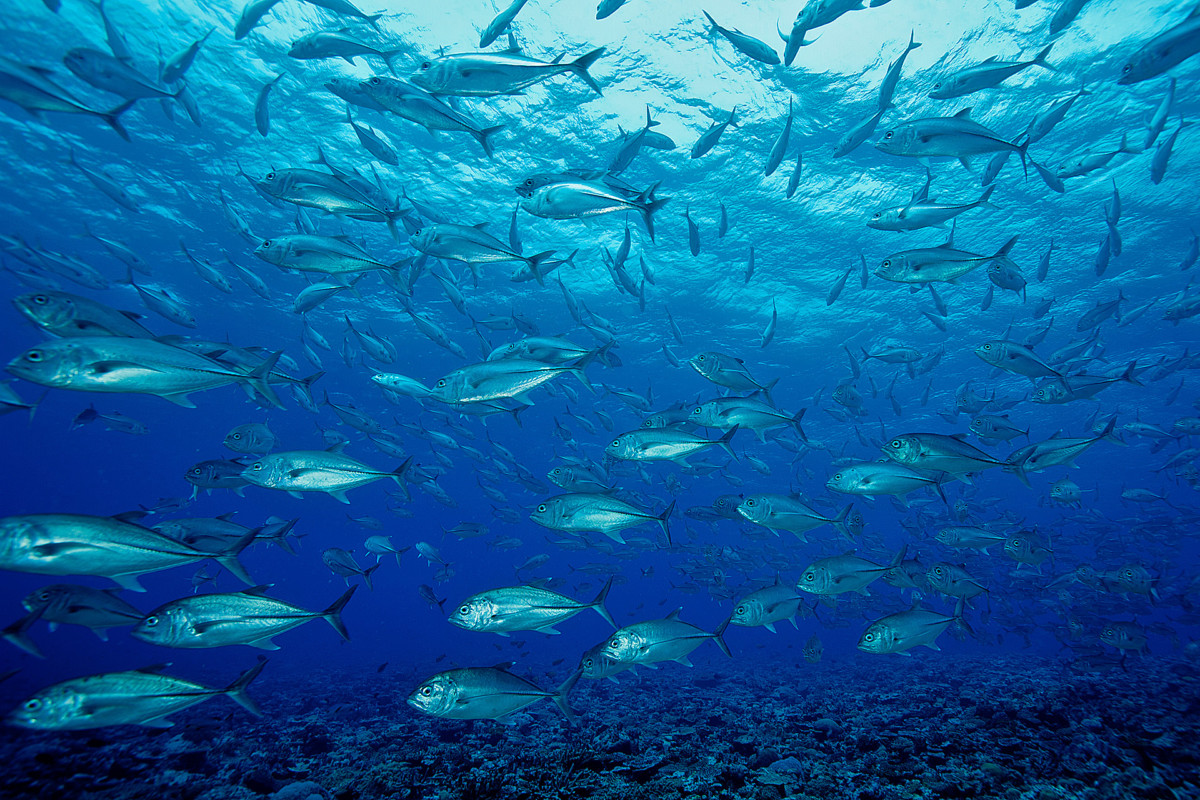 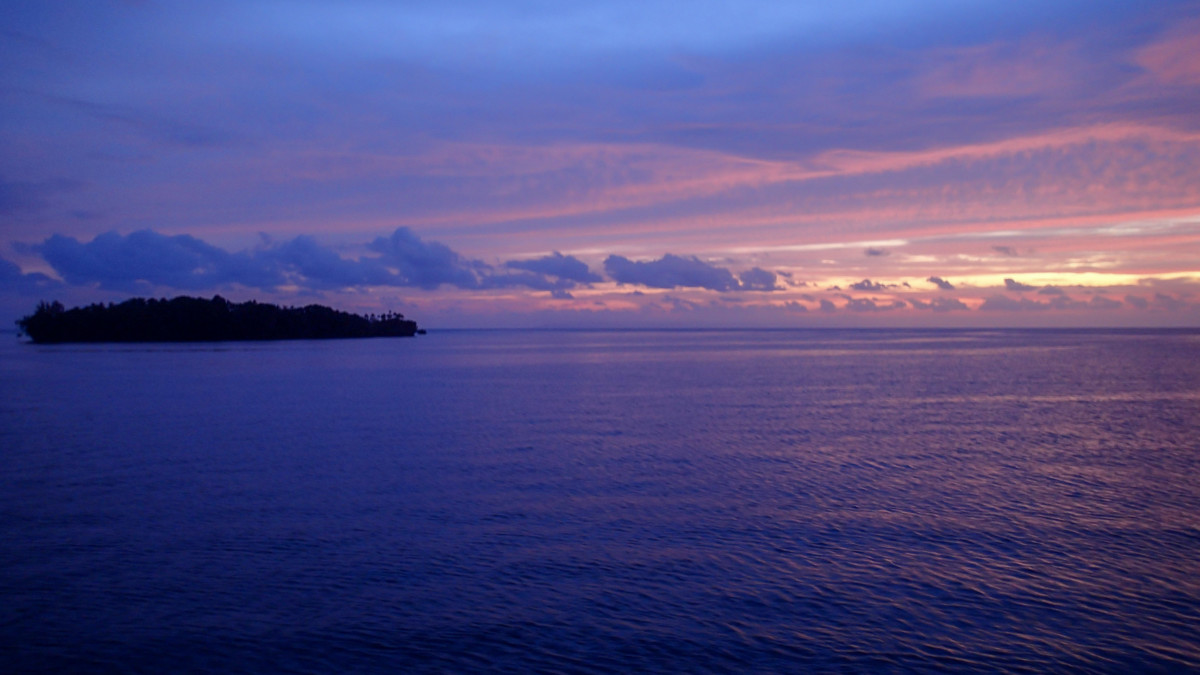