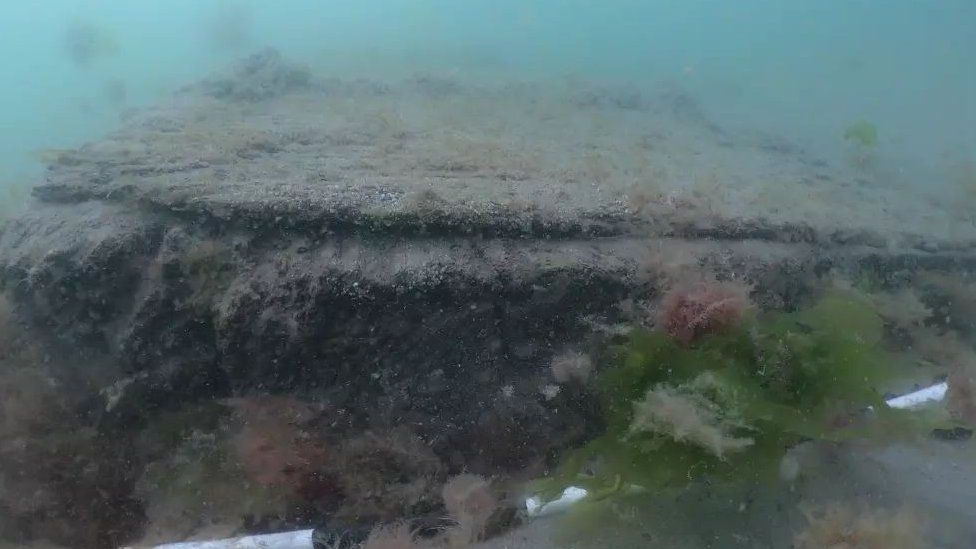 The missing rudder of a British warship that sank in the Solent near Portsmouth in 1758 has finally been discovered during a routine inspection of the site.

The 11-metre-long rudder was found some 60 metres away from the main wreck site, and marine archaeologist Dan Pascoe described it as ‘unique and significant'.

He explained: “We weren't particularly looking for it. A feature had showed up in geophysical surveys and we investigated. The rudder is complete from top to bottom and looks to be in good condition – it only survived because it was buried.”

For now, the rudder is due to be protected with sandbags to prevent erosion. Raising the rudder and then conserving it could cost up to £80,000, and Mr Pascoe said: “There are no other examples from warships of this era, but its future depends on whether it is financially viable to bring it up and then find somewhere to display it.”

The rudder actually caused the loss of the ship – it jammed, and the Invincible ran aground on a sandbank between Langstone Harbour and the Isle of Wight, only to capsize three days later.

The 74-gun Invincible – which was actually built by the French in 1744 and captured by the British in 1747 – is widely regarded as one of the most-important vessels of its time, with that ‘class' of ship becoming the ‘backbone' of the Royal Navy.