A brief history of ‘Toast’ – amusing times at TekCamp 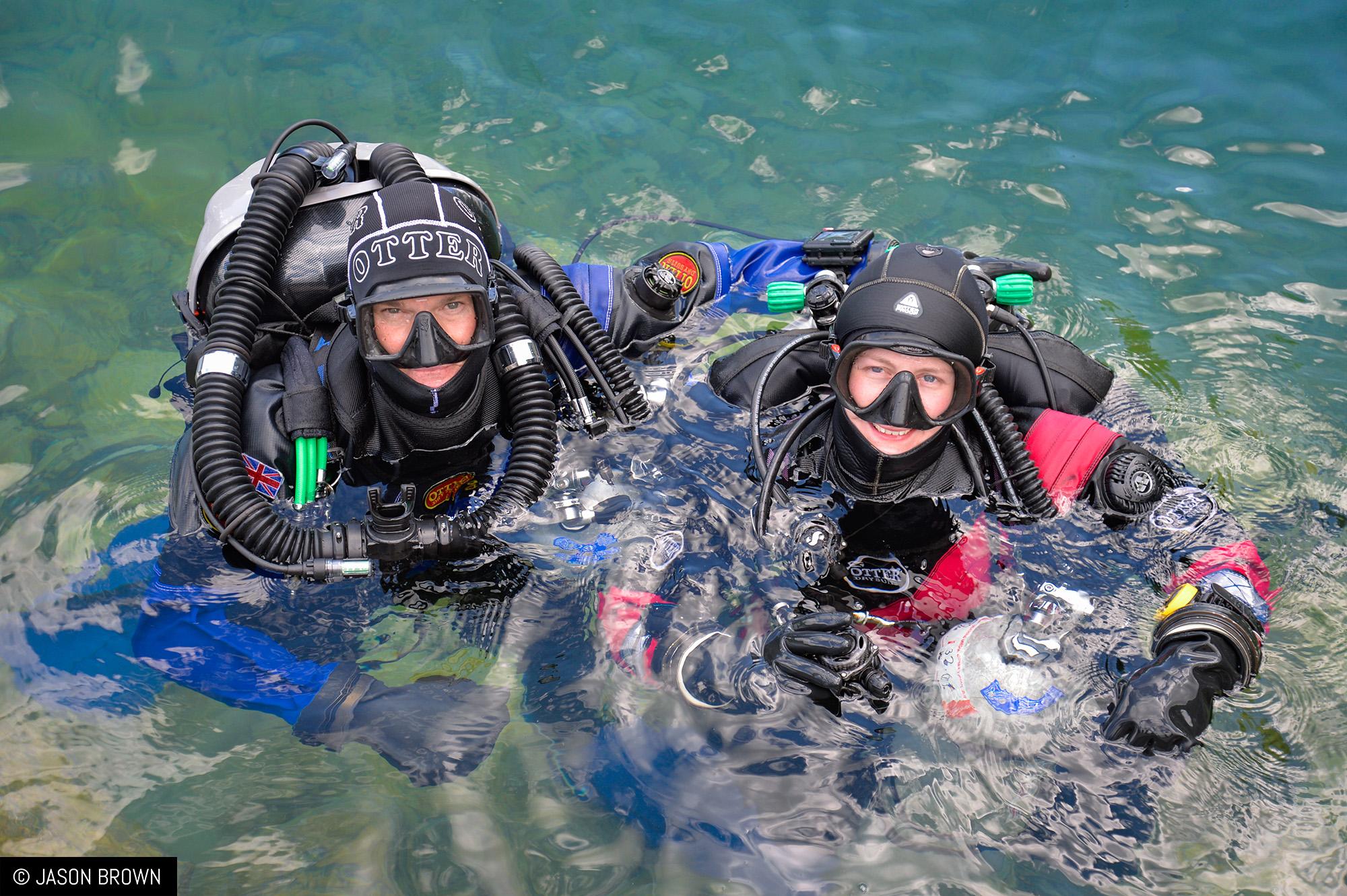 TekCamp began as a project to bring together agencies, instructors and aspiring tech divers for a celebration of skills and exploration style diving. The year was 2011 and the true impact of the 2008 crash on diving was becoming clear. Diver numbers were beginning to decrease, yet the gear, tools and techniques from the decade of tech diving were offering new wrecks, caves and exploration to sport divers. It seemed a shame to let that success wither – an idea germinated in the head of Martin Stanton for a new type of ‘masterclass’ event for divers to access high-quality tech training, led by instructors with genuine exploration experience. The idea grew, developed and flourished, winning the coveted ‘Innovative Product’ award at Eurotek 2012.

TekCamp 2020 marks almost a decade of consistently enjoyable and excellent sessions, during which TekCamp and diving have both evolved. The latest version of TekCamp offers divers with a thirst for personal development new skills and opportunities for rewarding diving, citizen science and discovery.

The original plan was for a new type of diving event. First, there would be no qualification that set a performance bar or anxiety. The plan was for divers to progress at their own pace, defined by them. Second, there would not be a set ‘schedule’ – divers would be free to choose which dives and skills they would do and could ‘replan’ during the week. It sometime puzzles divers that there isn’t a board with everything mapped out, but one of the secrets of TekCamp is that you can plan your own journey, based on talking to instructors and other attendees during the event. A kind of ‘real’ social media, resulting in the kind of head scratching that normally needs a visit to the vet, for whoever has to actually make it all work.

Third, TekCamp would not be loaded or sponsored towards one agency – all possible tech agencies would be represented, preferably by the UK technical directors. This offers attendees the richest possible source of techniques and opinions. Sure, there is a risk of difference of opinion, discussing that in an amicable environment is a strength of the mix of instructors invited to attend. Rancour and sneering are banned. Positive acceptance of different techniques that benefit good diving is encouraged.

Fourth, ‘non’ tech divers would be welcomed, encouraged and nurtured to explore how tech diving could deliver the big dives that had inspired them to start diving. The division between ‘sport’ and ‘tech’ was already blurring, and Martin wanted to encourage a ‘space race’-style transfer of skills and knowledge out of the purely tech end of diving to enhance recreational and sport diving. 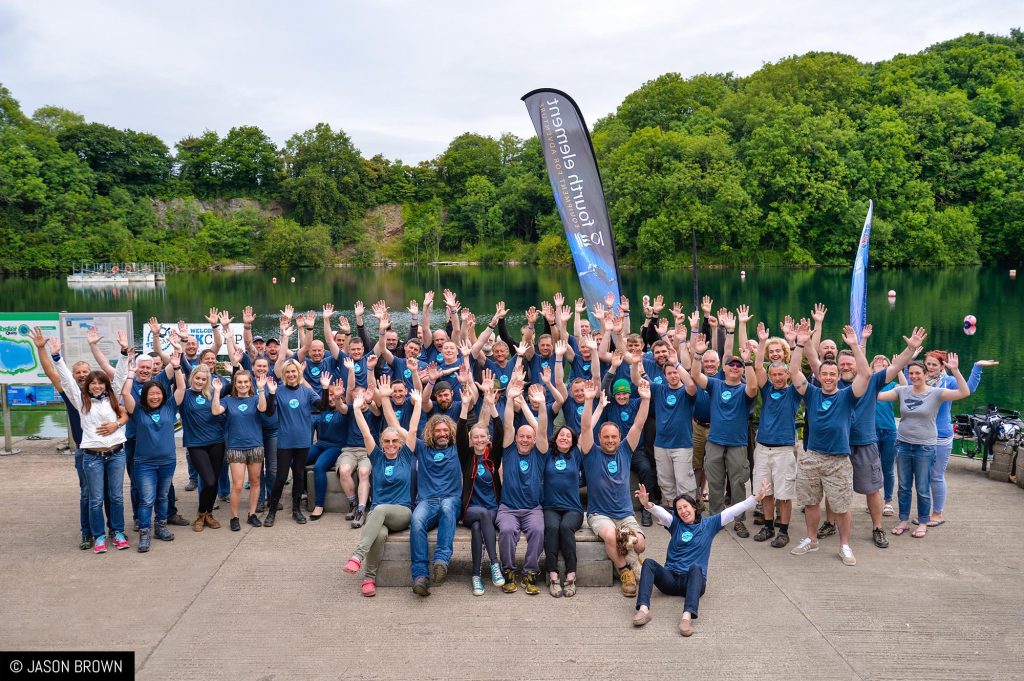 What makes a TekCamp instructor?

Some might imagine TekCamp instructors are chosen because they are all at Vobster on the same day. Some imagine it was done with a dart and a copy of Scuba Diver, or that ‘only the flattest’ are welcome. It’s a bit more sophisticated than that. The long list of possible instructors came from those who had genuine exploration experience – the likes of Phil Short, Richie Stevenson, John Kendall, Beatrice Rivoira, Jill Heinerth, Lamar Hires and Eduardo Pavia, to indulge some heavyweight name dropping, all have taken diving techniques into unexplored territory to bring back science, images and inspirational achievements. That perspective is what makes the effort we put into skills worthwhile. TekCamp instructors also need to be able to demonstrate the highest proficiency for skills across a variety of backmount, sidemount and CCR diving. Finally, and almost as important, TekCamp instructors need to be able to recall their early days learning shutdowns, rigging or CCR skills for the first time. That’s what enables them to get inside the head of attendees, get over any nervous fumbling and inspire performance that the divers didn’t think they had in them. That really narrows the list down – to attend TekCamp is to know that ALL the instructors have these qualities.

TekCamp is a veritable banquet for all attendees. For new attendees, the aim was to provide a ‘starter’ in all types of redundant diving – sidemount, twinset and CCR. To progress and add skills, the ‘main’ course offers a choice of DPV, stage bottle management, line handling, ascent drills, CCR skills, rescue sessions and teamwork exercises. Onto the ‘gourmet’ level for advanced divers and the richer skills include deco station use, complex cave nav, and multipart mixed OC and CC diver challenges. In recent years TekCamp has also added some ‘a la carte’ task-based projects, based on scientific diving, cave survey and photogrammetry. The aim is always to demystify these subjects and encourage divers to stretch themselves to achieve the dives and projects that inspire them. Any resemblance between TekCamp instructors and celebrity chefs is, of course, entirely incidental and will remain without comment.

The vast experience of the TekCamp instructor cadre is channelled into a series of presentations, with two half-hour talks each lunchtime and a one-hour key-note presentation during the evening. Especially memorable was the sobering and humbling first public presentation by local members of the Thai rescue team in 2018.

After diving and post talk, Vobster hosts a complimentary BBQ, with ‘toast’ available as an extra to round off the day and foster a sense of camaraderie. Attendees are then welcome to use the camping field (free), or stay at local BnB.

A solid and enduring feature of TekCamp through the years has been the humour and enjoyment of everyone, from attendees to instructors and staff. The Monday evening icebreaker has featured the CDG ‘It’s a silt out’ team game challenge featuring a range of comedy cave-style skills, including the DPV beer carry challenge, Noel Edmonds-style deco habitat occupation, under-table tea making and a curious transportation challenge involving cylinders, poles, bags and picnic table standing in for a decrepit Escort. The Human Diver raft race, with Fourth Element prize Deco beer, with outrageous DPV mods proved team GUE will do anything to win.

2014 featured the world’s first ‘Underwater Shop’ commissioned by Fourth Element and delivered by Martin Robson. Attendees could score a T-shirt when the habitat was not in use on the advanced cave deco workshop, although the overall effect was more ‘Santa’s yellow Grotto’ than Harrods.

During the sessions, a chance comment from an attendee in 2013 that he ‘didn’t feel pushed’ won a chance to recreate one of Phil Short’s more-challenging dives, during which the plucky diver gained an in-depth insight into the challenges that can await in the darkness of new caves.

Back in open water, Paul Toomer has often been responsible for a unique session called ‘BrownHawk’ down – a good-natured challenge in ‘buoyancy and gear handling’ with the memorable briefing line ‘We’re going diving, but not much of our gear is reliable’. The following dive and debrief is what TekCamp is truly all about – recognising the challenges and skills of diving while being able to retain a sense of humour and camaraderie.

It’s been great to see TekCamp attendees branch out into real world, cutting-edge technical diving projects, from the Arctic caves of Norway, to working on landmark BBC documentaries. Some have returned for a second year to grow and develop, some have featured as safety divers. Dave Mcloughlin was a founder attendee, who progressed through hard work, perseverance and talent to become an IANTD tech instructor, before losing his battle with cancer in 2015. He is now remembered through the Dave Mcloughlin award each year for most-improved diver, sponsored by Bryan Stanislas of H20 Films. It’s the progression of divers and following their post-TekCamp adventures that makes it all worthwhile for Martin and the Vobster team. 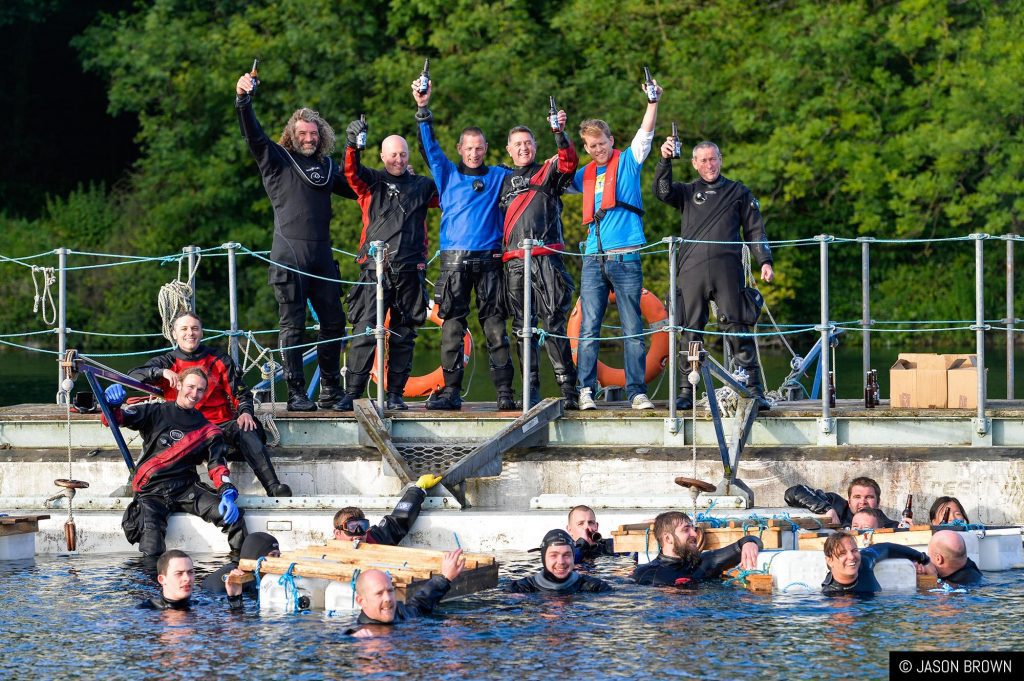 Five days, 14 instructors, 14 safety divers, industry support and staff makes for a sizeable challenge. Three meals a day including an evening BBQ, gas, gear and ‘toast’ provision require a mountain of commitment. Add on top the flexible scheduling and individual learning plans – it all becomes a complex machine to manage and deliver, but it’s the results and attendee comments that make it all worthwhile. A few numbers show the tip of the iceberg… Add massive stats.

TekCamp would be nowhere without the steadfast support it has received from industry and individuals over the years. Fourth Element were first on board, supporting the concept, followed by Apeks, Otter drysuits, KUBI, AP Diving and VMS Rebreathers. Taking care of visuals has been long-time Vobster creative partner Bardocreative, while H20 Films have supported the video broadcast aspects of TekCamp, despite a broadband speed in rural Somerset that resembles sucking milkshake up a straw.

Six years on in 2016 and TekCamp was starting to look a little frayed. The concept was still good, everyone was having a good time, but the diving world was changing. TekCamp took the decision to have a ‘fallow year’ in the style of Glastonbury, ponder the concept and return in 2018. The 2018 TekCamp was shorter, punchier and featured new sessions reflecting a new use for tech diving in citizen science and conservation goals. Diving is no longer so fixated on ‘deep and long’, and TekCamp has responded to reward attendees with recording and survey skills to document the underwater world they visit. The attendance options also updated successfully, offering two-, three- and four-day options, with ‘in game’ upgrades from two to three, and three to four, day options available.

2020 promises line-up changes and sessions to continue this success, supported by a one-price package including all diving gasses and sorb.

And the ‘toast’? Well, you really need to be there…