The mystery wreck of two possible late-17th or early-18th century merchant ships containing 15 cast-iron English cannons off Chesil Beach in Dorset and a World War One mine-laying U-boat off Whitby in North Yorkshire have been granted protection by the Department for Digital, Culture, Media and Sport on the advice of Historic England.

The rare cannon-site wreck lies in two parts off Chesil Beach in Dorset and was discovered in 2010 by divers involved in the Weymouth-based Shipwreck Project, which promotes wreck research. There is an inshore site which lies just off the beach, which comprises eight cast-iron cannons identified as English 24-32 pounders cast between 1650 and 1725. The offshore site lies 220 metres south of these cannons and consists of seven cast-iron English cannons, one of which is probably a six pounder, cast in the second half of the 17th century. The guns are not firmly dated because their features are heavily obscured by build-up of sediment.

The inshore site appears to be the wreck of a merchant ship and the fact that the guns are of different lengths suggests that they were cargo. The offshore site is believed to be the wreck of a wooden sailing ship, but because the cannons are different to those found inshore, this suggests the sites could represent two separate wrecks. It is possible that the Chesil Beach cannon sites could be the Dutch West Indiaman De Hoop, which stranded at Chesil Cove in 1749, and British cargo vessel Squirrel, which stranded on Chesil Beach in 1750. 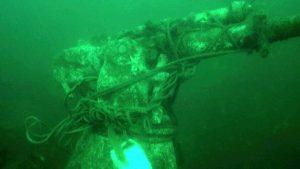 The World War One U-boat that has been granted protection is a German Imperial Navy UC-70 mine-laying submarine which was commissioned in 1916. The submarine conducted ten patrols and sank 40 ships during the war before being bombed on 28 August 1918 with the loss of all its crew. The UC-70 is representative of the Type UC II class of submarines; the most-successful submarine design in history. The submarine was discovered as part of Historic England’s recent work to research and survey World War One submarine losses within UK territorial waters around England.

John Glen, Minister for Arts, Heritage and Tourism, said: “It's important that we protect these two sites that are part of our country's seafaring and naval history. The shipwreck off Chesil Beach is a rare discovery and by protecting it, we can encourage further study of the site. The listing of the U-boat wreck off Whitby is also particularly poignant, as we continue to mark the centenary of World War One and remember the sacrifices of those who fought 100 years ago.” 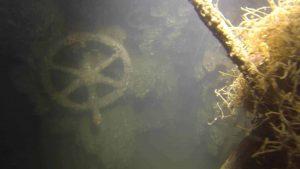 Duncan Wilson, Chief Executive of Historic England, said: “These wrecks are separated by 280 miles and almost 300 years, but they both comprise important elements of our maritime heritage. The importance of the UC-70 lies in its historical interest and the vulnerability of its component parts, as well as its sensitivity as a war grave. The Chesil Beach wreck site is also important but for different reasons – it’s rare to discover wooden ships of this age surviving on the seabed with so many cannons.”

Historic England is also investigating the new discovery of a shipwreck at Tankerton, near Whitstable in North Kent, which comprises the bottom timbers of an oak-built boat. The wreck was discovered by a group of local volunteers. Tree-ring dating is being undertaken to determine the age of the ship, which is estimated to be between 1200AD -1800AD.