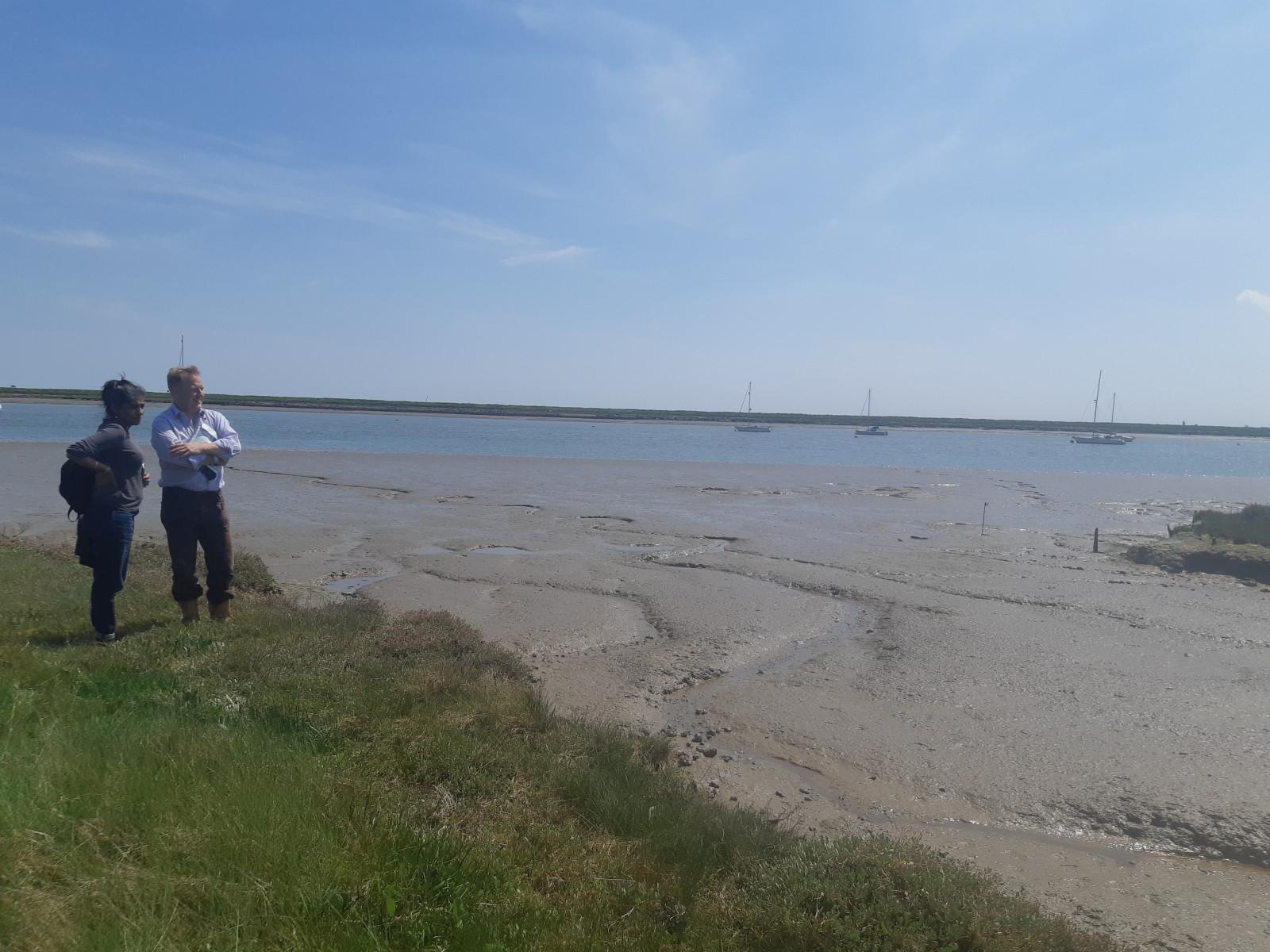 The remains of a rare 19th century dock, built to accommodate HMS Beagle when it was serving as a Coastguard Watch Vessel in Essex, is now protected as a nationally important site.

The submerged mud berth on the River Roach near Paglesham has been designated as a scheduled monument by the Department for Digital, Culture, Media and Sport on the advice of Historic England.

HMS Beagle was first launched in May 1820 from Woolwich Dockyard on the River Thames and is most famous for being the vessel on which Charles Darwin made the observations necessary to develop his theory of natural selection.​

Following three far-flung exploratory voyages the Beagle was refitted as a static watch vessel for the Essex Coastguard in 1845 serving to curb smuggling until it was sold for scrap in 1870. 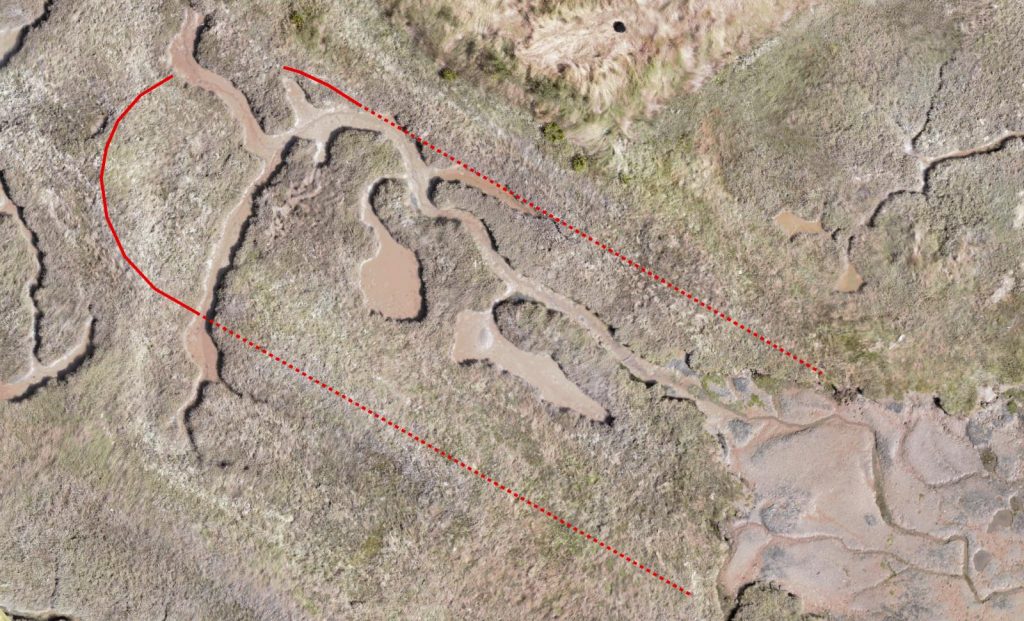 In 2019, Historic England commissioned Wessex Archaeology to investigate the Paglesham mudflats in Rochford thought to be the last resting place of the Beagle, ahead of the bicentenary of the vessel’s launch in May 2020. Maritime archaeologists confirmed the location of the mud dock and a brick slope or ‘hard’ using geophysical surveys and an aerial survey by drone.

The Rochford mud dock – a specifically cut mooring place in which a vessel rests on the bottom at low tide – was constructed sometime after 1847. Its outline, location and size matches the indentation of the riverbank recorded on early Ordnance Survey maps.

Despite what was probably once a common feature on England’s major waterways, particularly in the absence of designed dockyards, the locations of purpose built mud docks are not well known. Only five mud docks are recorded in England. 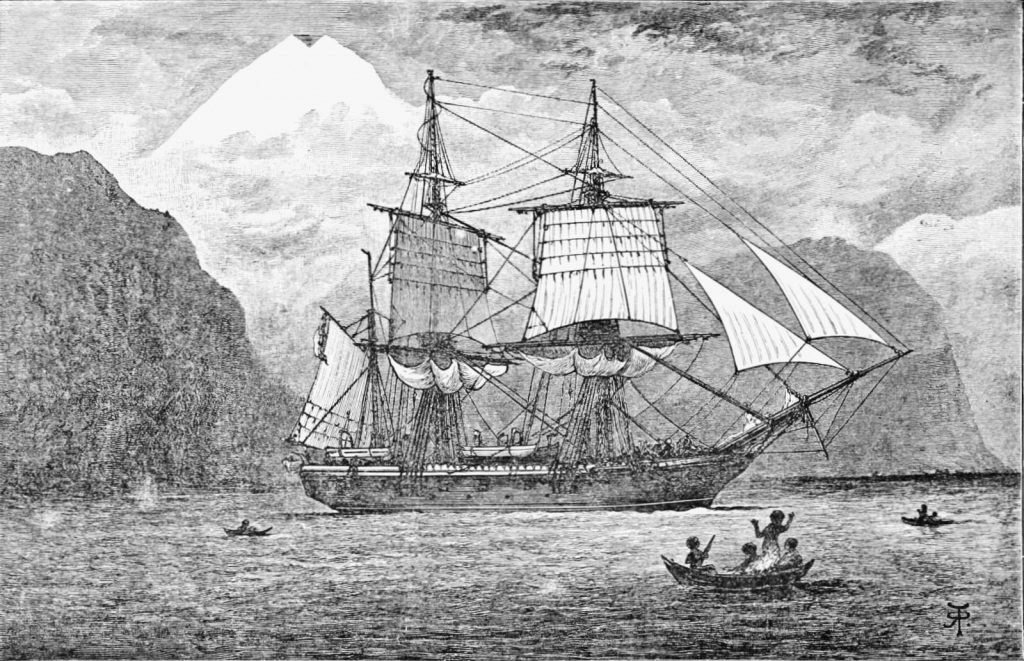 A mud dock of the same type can be seen in John Constable’s 1815 painting ‘Boat-Building near Flatford Mill’ on display at the Victoria & Albert Museum, London. Mud berths included the need for shoring to stabilise the sides, and wooden stocks to support the ship. The sloped brick hard extended alongside the dock and ship’s side allowing people access down the foreshore to low water.

Documentary evidence tells us the Beagle was in the Rochford dock in 1870 when it was sold. It was likely dismantled here, and lots of the material would have been taken and repurposed elsewhere. Remains of the Beagle may survive within the dock, though no more archaeological work is currently planned.

Previous surveys undertaken by a team led by the late Dr Robert Prescott from the University of St Andrews in 2003, and more recent work by the University of Southampton, showed that there are the remains of potentially substantial material in the dock – this could be parts of the dock itself, another vessel possibly associated with the local oyster fishery, or the Beagle. 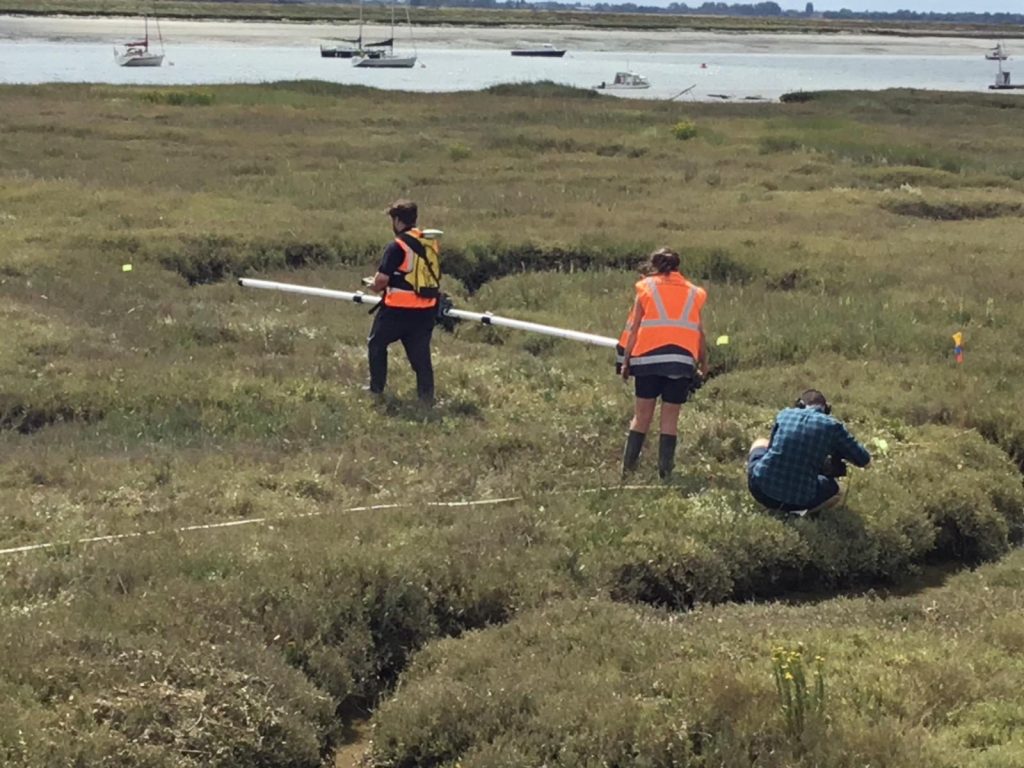 Nigel Huddleston, Heritage Minister, said: “The voyages of HMS Beagle had a transformative impact on the world and they began here on our shores two hundred years ago. As 2020 marks a special anniversary in the Beagle‘s past, it is fitting that the significant site of its last days will be protected for the future.”

Duncan Wilson, Historic England Chief Executive, said: “This is a fascinating example of a rare piece of maritime history, linked to one of the world’s most famous ships. We are glad to see this site in a quiet corner of Essex given national protection.”

Rochford District Council’s Portfolio Holder for Enterprise, Councillor Simon Wootton, said: “We are extremely proud that this prestigious vessel ended her days on our shores, and that the site will now be recognised as a scheduled monument.

“Although our plans for celebrating HMS Beagle are on hold due to the COVID 19 pandemic, as soon as we are able Rochford District Council will be recommencing our plans for the commemoration of 2020 as the 200th anniversary of the launch of this famous vessel.

“Rochford District Council will be creating a lasting commemoration to the ship in the form of a new observation platform at the RSPB Wallasea Island Wild Coast Project, overlooking the River Roach where the ship was moored.

“From this spot, thanks to the support of the National Lottery Heritage Fund, visitors will be able to immerse themselves in a Computer Generated Image (CGI) Tour of the HMS Beaglesimply by holding their smartphones or tablets up to the horizon.”