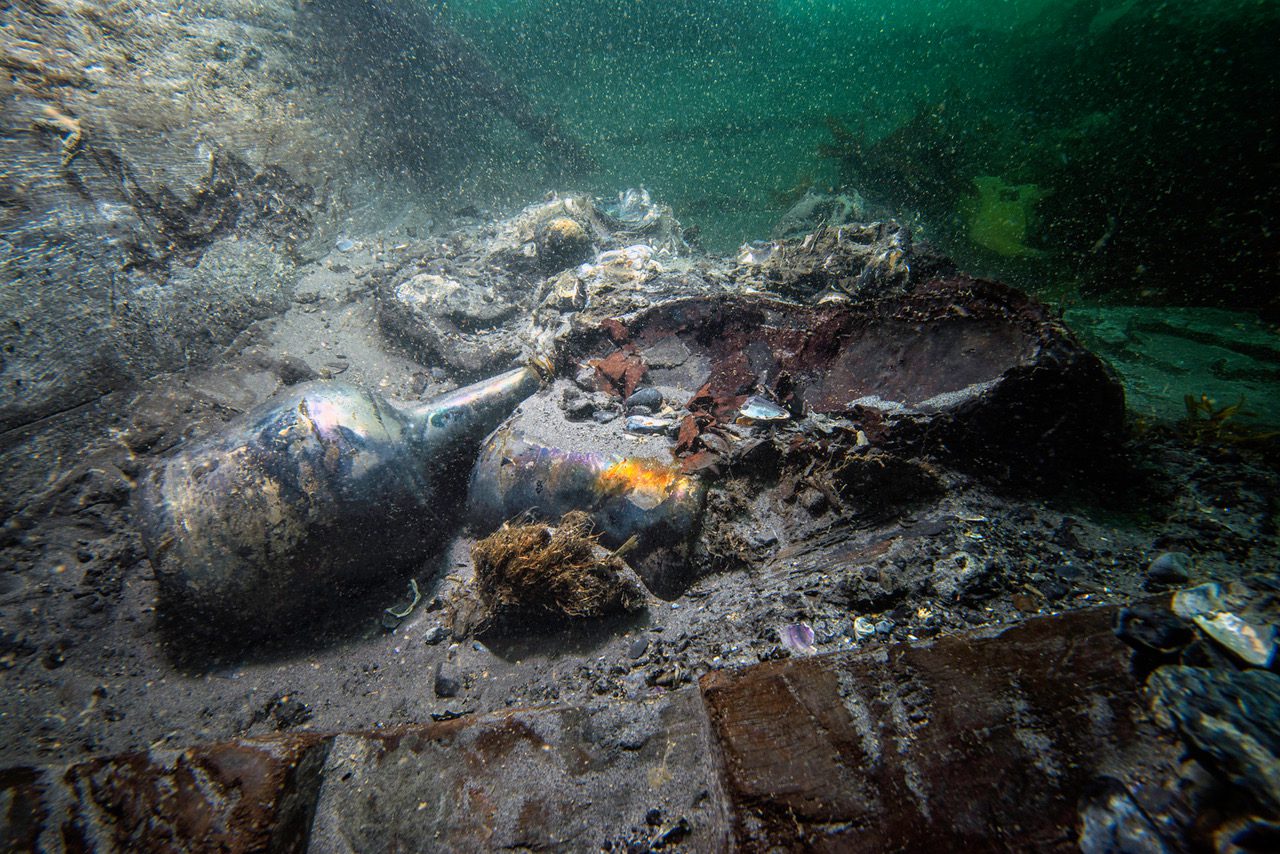 This year, until 20 November, Chatham Historic Dockyard Trust is set to welcome Diving Deep: HMS Invincible 1744, the most-exciting maritime archeological exhibition in years, which takes the visitor as close to the seabed as possible while staying in dry dock.

Visitors to the new exhibition at The Historic Dockyard Chatham (on loan from the National Museum of the Royal Navy) will be able to tread the seabed virtually and investigate the exciting finds from HMS Invincible – the darling of the Royal Navy that ran aground on a sand bank over 260 years ago, dramatically sunk beneath the waves and was preserved for over two centuries on the ocean floor.

While HMS Invincible’s final resting place remains the bottom of the Solent, this fascinating exhibition, collated after an emergency underwater excavation of the famous 18th century battleship, tells the story of Invincible, her capture, the lasting contribution she made to the Royal Navy fleet and her subsequent sinking and rediscovery by a fisherman in 1979.

The exhibition has travelled from Portsmouth to Chatham and has been made possible by a collaboration with the Maritime Archaeology Sea Trust (MAST), Bournemouth University, the National Museum of the Royal Navy and Chatham Historic Dockyard Trust, with funding from the National Lottery Heritage Fund.

After a year at its initial site in Portsmouth Historic Dockyard, final preparations were made in January to welcome this immersive experience to Chatham, where it launched live to the public on 12 February.

Discover the history of HMS Invincible

Nick Ball, Collections, Galleries and Interpretation Manager at Chatham Historic Dockyard Trust said: “Visitors to The Historic Dockyard Chatham will be able to learn why the Invincible was so special; the captured French ship that became the blueprint for Royal Navy 74-gun ships of the line.”

“Originally, a ‘nippy’ French warship, ‘L’Invincible’, was captured by the Royal Navy and every inch of her hull and form were studied and then replicated to form a new fleet that would go on to defeat the French. She was a game-changer who even influenced the subsequent design of the world’s most-famous warship – Admiral Nelson's HMS Victory, built here at Chatham.”

Visitors will learn the story of how the Invincible was rediscovered in 1979 by Portsmouth fisherman Arthur Mack and how in recent years it became crucial to rescue the artefacts on board before the sand bank migrated away.

Nick Ball adds: “The maritime archaeology project to excavate the famous ship was probably one of the most important of its kind since the raising of the Mary Rose. The story of the excavation itself is extraordinary as it was a race against time and tides.”

The exhibition also tells the story of a series of calamitous events that saw the Invincible sink beneath the waves. Visitors will learn about the trial of Kent seaman, Captain John Bentley, and his court-martial for the sinking of the Royal Navy‘s favourite ship.

Fascinating artefacts on show will include wig curlers (so that the Captain could stay coffered on his journey to America), 18th century sailors shoes, including one pair with what can only be described as kitten heels, and rope still smelling of the tar painted on it in 1758, all brought to the surface during the two excavations in the 1980s and recently in 2017-19.

Eileen Clegg, Community Archaeological Producer at the National Museum of the Royal Navy in Portsmouth, said: “It’s a thrill to know the artefacts are now in situ with our partners in Chatham – their combined research and enthusiasm for the project has been immense and it’s great to know that even more people will be able to ‘investigate’ HMS Invincible and learn about her fascinating story.”

Entry to the exhibition is included in the Dockyard entry ticket, which enables entry for one year from purchase: Adults £25.50, Concessions £23, Child £15, Family £67, Carer FREE.