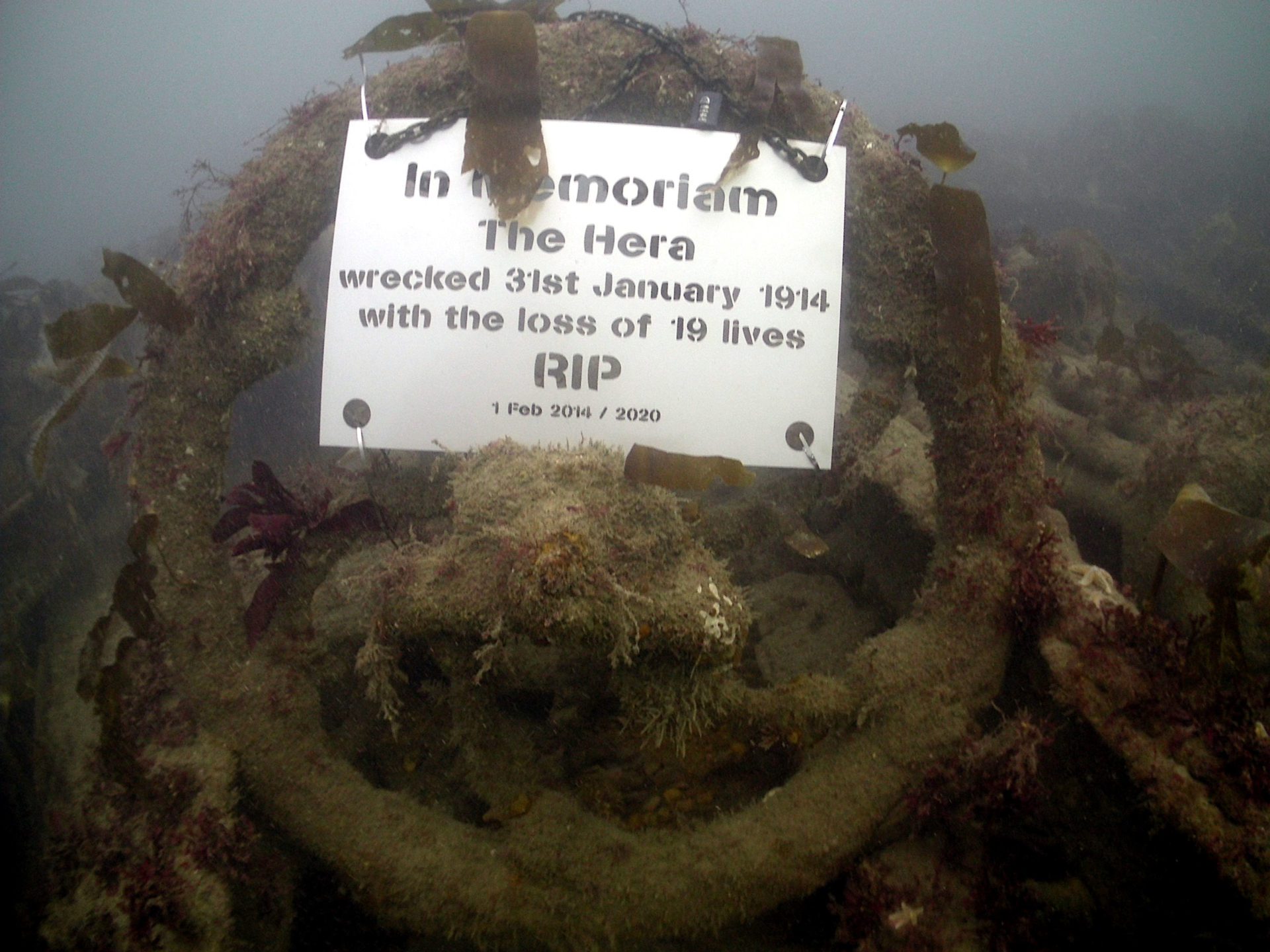 During February 2014, on the 100th anniversary of the sinking of the SV Hera off Falmouth, a group of divers placed a plaque on the remains of the wreck.

The original plaque was made by Father Robbins of St Symhorian Church in Veryan, where most of the victims of the SV Hera are buried head-to-toe in Europe's longest grave. Sadly, the perspex plaque couldn't stand the harsh conditions underwater, and after five years, it started to disintegrate. The damaged plaque was recovered and a new stainless steel version was cut and donated by Fibrefusion in Falmouth.

The plan was to place the new waterjet-cut 4mm stainless plaque on the wreck, as close to the 106th anniversary in 2020. As the weekend approached, the weather turned for the worse, the divers awaited a weather window. As the weather started to improve, the coronavirus pandemic struck and the UK went into lockdown. Then on the 107th anniversary, the UK was in its third lockdown!

Third time lucky… 30 January 2022 – one day early for the actual anniversary – the weather was good, the tides were right and the visibility was looking good. Atlantic Scuba‘s Moonshadow was heading out of Falmouth for its regular Sunday morning dive, offering the perfect opportunity to lay the new plaque on the SV Hera.

Diver Mark Milburn and his partner Ruth Holding, who were on the original plaque-laying trip, took the plaque with them, along with a chain and padlock as well as stainless steel cable ties. They located the large wheel, believed to be from a water pump, where the last plaque ended up after being moved a few times. The new plaque was mounted securely on the wheel, before the divers headed off to enjoy the rest of the dive. Hopefully this one will stand the test of time.