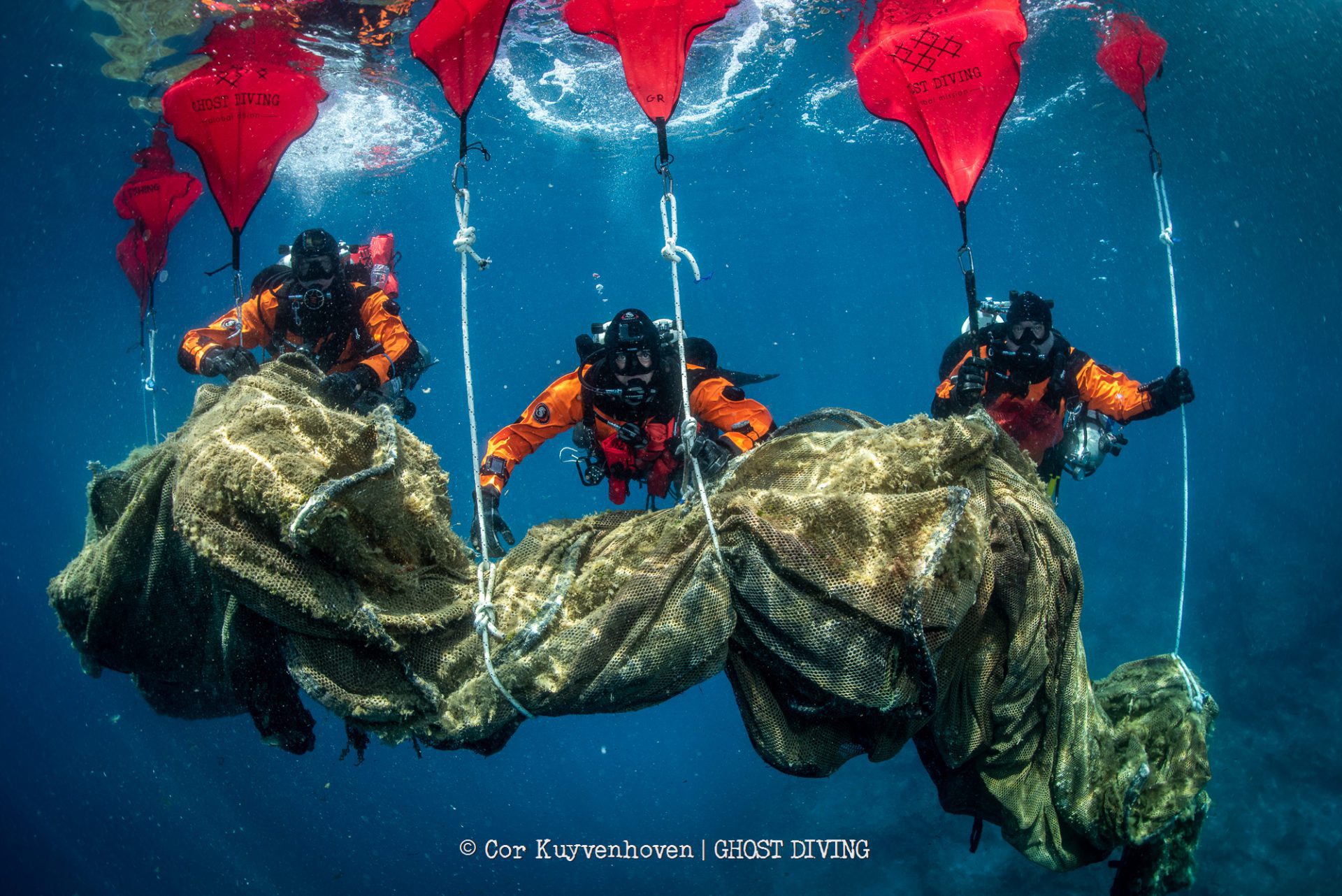 Healthy Seas has overseen a massive operation on the Greek island of Ithaca, in which a team of 45, including 20 divers, undertook an unprecedented clean-up removing 76 tons of debris from the sea, coastline, and four beaches.

After George Lilas, a local diver and passionate environmentalist, publicized photos of an abandoned fish farm wreaking environmental havoc on Ithaca, marine conservation organisation Healthy Seas mobilized all its forces, together with partners Ghost Diving and Enaleia, engaging volunteers, local authorities and sponsors that wanted to help restore the pristine beauty of the area. The project was kicked off on 8 June 2021, World Oceans Day, lasting until 16 June. It is worth mentioning that this was the biggest project in the history of the above organisations in terms of positive environmental impact and community involvement, delivering astounding results in a short amount of time.

The company that had gone bankrupt in 2012 had left behind fish farm cages and other equipment that polluted the area endangering the local community and marine life as well as maritime traffic. In September 2020, Ianos, a rare hurricane-like storm, caused the tons of industrial type of plastic pipes, fishing nets, nylon ropes, concrete blocks, plastic buoys, large rusty metal pieces and all kinds of waste to be carried away, later to be found floating on the surface of the sea, laying on the seabed and on the beaches.

“Thanks to the heroic efforts of the team and the support from our partners, we were able to accomplish the unfathomable, removing the abandoned fish farm piece-by-piece in just eight days,” says Veronika Mikos, Healthy Seas director.

“Locals were waiting for many years for someone to do something about this environmental catastrophe. We decided to take on an immense challenge, use our resources and expertise in order to help them,” says Mikos. “There is now a shocking difference when you look at the bay and you can’t help but be emotionally affected by it. This, together with the warm greetings we received from the locals, is our great reward.”

For eight days, 14 international volunteer technical divers from Ghost Diving worked to get rid of the rings, pipes and fishing nets while another team of surface volunteers tackled the beaches, some of which were knee deep in foam pellets that had through the years spilled out of the floats.

Local divers from Greece provided support to the clean-up operations, lifting smaller items from the seabed. Heavy metal structures that were found on the seabed were removed by commercial divers and a working barge. Overall, the team recovered five tons of fishing nets, 32 tons of metal, and 39 tons of plastic, including 150 bags full of polystyrene foam beads.

“We couldn’t believe our eyes! After shoveling the polystyrene foam beads into plastic bags for five days, we realized that we needed another solution to leave the beach as clean as possible. Thankfully, we found an industrial vacuum cleaner which we refitted using a volunteer’s mesh bag as a filter,” says Mikos.

Besides the obvious and profound difference this project had on the natural environment, it is also a shining example of co-operation and community involvement. Healthy Seas hosted a public event at the main square to inform the locals about the project, while 75 children took part in educational activities aiming at raising awareness about the ghost fishing phenomenon.

It took six months of preparations to organize logistics as well as bring together partners, without whom, this project would not have been accomplished. Sustainable fishing start-up Enaleia was the principal Greek partner of the project having a leading role in the co-ordination of the operations on the field.

Marine biologist Erik Wurz, working for Wageningen University and member of the Ghost Diving team, conducted scientific research to assess the interaction of the nets with the marine environment by performing seabed surveys in multiple locations in close proximity to the cleanup site. The entire project was documented through photos and videos.

Healthy Seas is a best practice example for the circular economy, where waste is a resource.

The nets that were recovered will first be cleaned and sorted and transported to a collection point near Athens. Most of these are type nylon6 and will be regenerated by Aquafil, together with other nylon waste, into ECONYL yarn, the basis for many sustainable products such as socks, swimwear, activewear, accessories and carpets. Other types of ghost nets were also recovered from the area and will be handed to Bracenet to upcycle into handmade products. Enaleia will facilitate the integration of the remaining marine plastics and scrap metals into the circular economy.

Hyundai Motor Europe provided funding for the project, that wouldn’t have been possible was it not also for the precious support of many other partners such as Ghost Diving, Enaleia, Kefalonia Fisheries, the Hellenic Coast Guard, Odyssey Outdoor Activities, Aquatic Scuba Diving Club, Scubalife, the Municipality of Ithaca and Prefecture of Ionian Islands, Kosamare and the Ionian Environment Foundation. The project was held under the Auspice of the Hellenic Ministry of Maritime Affairs.