Grey seal found with plastic ring round its neck in Norfolk 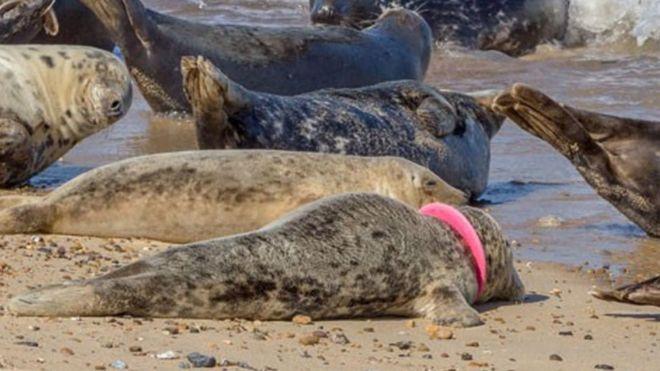 An animal rescue group has released distressing images of a grey seal on Horsey Beach in Norfolk with a plastic ring stuck around its neck.

The Friends of Horsey Seals group managed to capture the animal – which they nicknamed Mrs Pink Frisbee – and it has been taken to the RSPCA centre at East Winch. The grey seal, which is estimated to be around four years old, will be nursed back to health and then released back into the wild in February.

This was actually the second grey seal they have found with a plastic ring around its neck – in 2017, they discovered one with a yellow plastic disc on its neck that was cutting into its body as it grew.

According to David Vyse, from the Friends of Horsey Seals, ‘Mrs Pink Frisbee’ was first spotted back in September, but it had taken until now for them to be able to catch her. A team of four volunteers had finally managed to capture her using special nets and a stretcher.