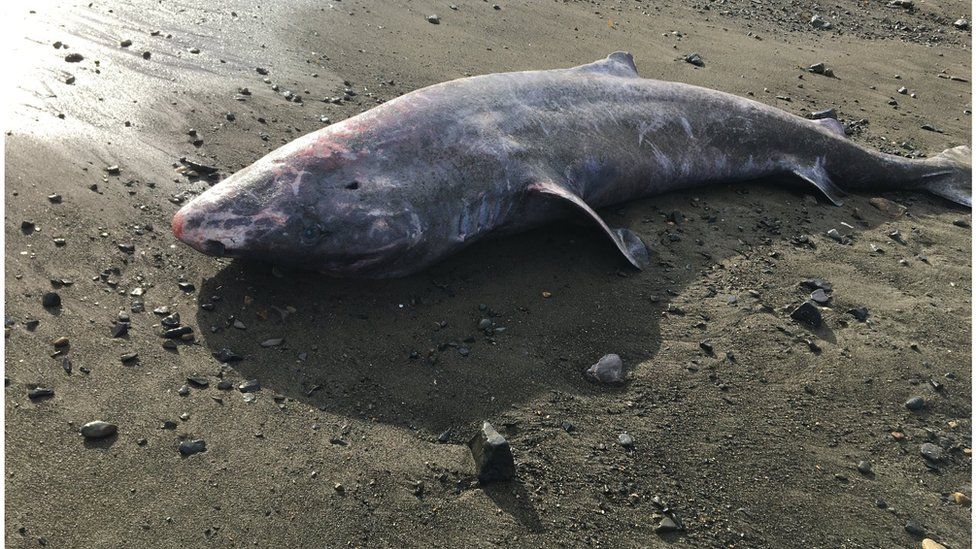 The body of a Greenland shark was found on the beach in Newlyn Harbour, near Penzance, on Sunday – only the second one ever recorded in UK waters.

Abby Crosby, from the Cornwall Wildlife Trust, saw the animal on the beach and said: “It's absolutely amazing that one has come into Cornwall. It shows just how incredible our coast and seas are.”

Prof Rosie Woodruffe, from the Institute of Zoology, identified the creature as a Greenland shark on Twitter.

Unfortunately, it was washed back out to sea before experts could fully examine the rare creature.

However, the dead shark was later located floating out at sea by the crew of the Mermaid Pleasure Trips, Penzance vessel Vanessa Jane, who were out on a crew-training session. They spotted the corpse and initially thought it was a dolphin or seal, until they got closer and realised it was much, much bigger.

They managed to take the shark in tow and took it back to land, where they handed it off to the Marine Strandings Network, who have now sent it off to be examined.

This is only the second record of Greenland sharks, also known as sleeper sharks, to strand in the UK, so this is an extremely rare find and exciting for fisheries biologists. The shark will now be post-mortemed by vet pathologist James as part of the Cetacean Strandings Investigation Programme- UK strandings.