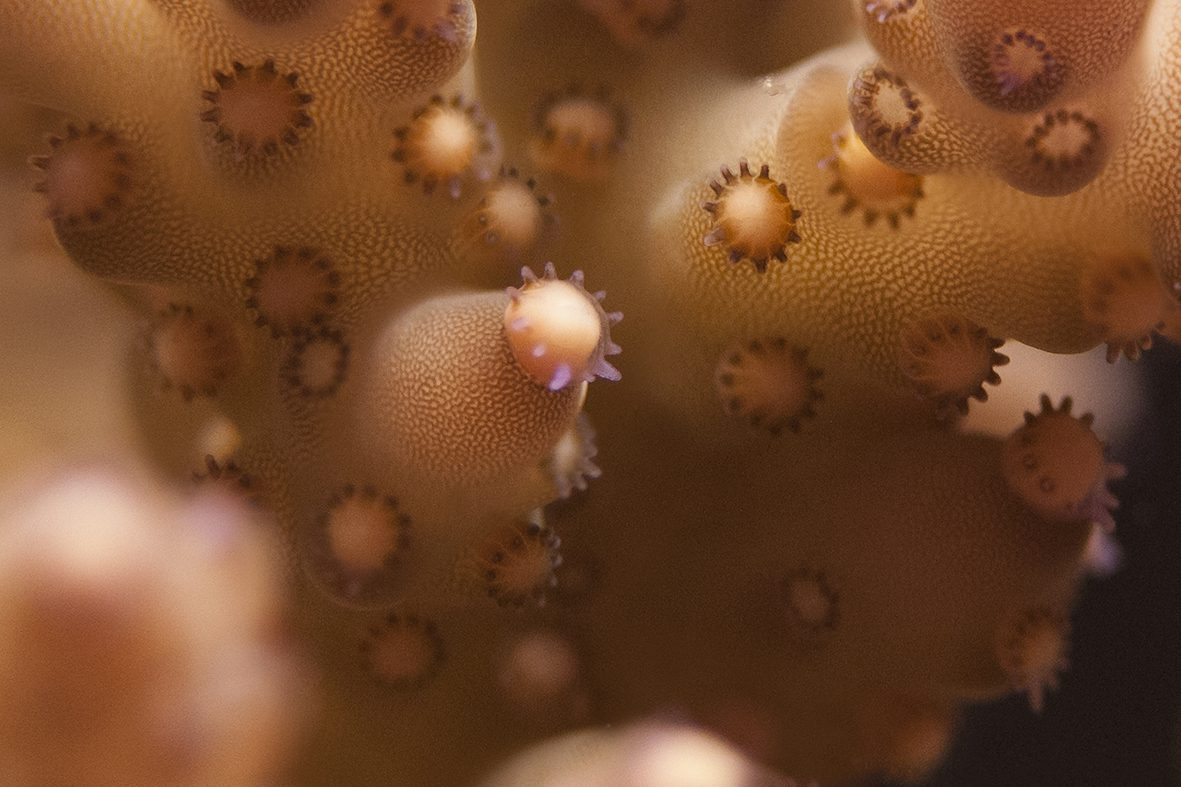 Applications are being sought for crew for the liveaboard...

On Wednesday 28 September, it was announced that Chuuk...

Researchers from Bangor University have found the broken remains...

An ‘incredibly rare’ distinctive wrought-iron anchor discovered at the...

The Great Barrier Reef is booming with new life after the world’s biggest reproductive event – coral spawning – giving scientists a narrow window to help secure its future. In one of the most extraordinary natural phenomena on the planet, corals simultaneously reproduce once a year, releasing enough spawn to produce trillions of baby corals.

This spawning event, happening right now, provides scientists with an opportunity to fast-track world- leading research to help the Great Barrier Reef resist, adapt to and recover from the impacts of climate change.

“This time of year is an exciting one for everyone on the Reef but particularly for our scientists,” Minister Ley said.

“Latest reports on the Reef show that we are seeing strong increases of hard coral cover but there are still significant threats from rising sea temperatures and we are working with the Great Barrier Reef Foundation and Marine Scientists to ensure the resilience of the Reef.”

Great Barrier Reef Foundation Managing Director Anna Marsden said, “Climate change is the greatest threat to our Reef. In addition to reducing emissions, we need to pioneer new solutions to create a toolbox of techniques that can be used to help protect the reefs we have left, restore lost reefs and help corals adapt to warming ocean temperatures.

“From Lizard Island in the far north to Townsville and Heron Island further south, scientists are busy collecting spawn as part of the world’s largest collaborative effort to protect an ecosystem from climate change, the Reef Restoration and Adaptation Program,” Ms Marsden said.

He is on Lizard Island with research partners, Australia’s national science agency CSIRO and QUT to carry out a novel coral larval restoration technique that he’s spent many years developing and refining.

“We’re excited to be scaling up the coral larval restoration process on the Great Barrier Reef collaborating with research partners at Lizard Island, and our aim to optimise large-scale larval production directly on the Reef,” Professor Harrison said.

“We are trialling new methods to capture coral spawn slicks, grow many millions of larvae in different larval culture pools floating in the lagoon at Lizard Island, and then test different methods to deliver and settle healthy larvae onto reef sites damaged by mass bleaching events, which no longer have enough live corals present”.

“The timing of these projects coincides with the 40th anniversary of the discovery of the mass coral spawning on the Great Barrier Reef, and that discovery now enables us to efficiently collect coral spawn and culture larvae from many species to scale up coral restoration processes,” Professor Harrison added.

“Research on coral spawning plays an important role in aiding innovative approaches to help restore damaged parts of the Reef. Understanding how coral responds to different interactions and disturbances during all stages, from coral reproduction to coral larvae development and settlement, is helping us predict and test coral recovery at larger scales,” said Dr Doropoulos.

“Our trials at Heron Island have been really promising so far and we are now testing and optimising some of these methods at Lizard Island to help scale-up restoration efforts for larger areas of the Reef that need it.”

“Our science teams have collected hundreds of parent colonies from across the Great Barrier Reef to breed in the National Sea Simulator – and this year we’re expecting close to 50 million baby corals,” Dr Bay said.

“Breeding corals during spawning allows us to fast-track our understanding on how we can enhance coral survival and growth and help corals better cope with increased seawater temperatures. We do this both in the lab and out on the Reef.

“By perfecting and scaling up these techniques, we hope to increase the number of ‘captive-born’ heat- tolerant young corals, and potentially release these onto large areas of degraded reefs in the future.”

Adrian Stacey
Scuba Diver ANZ Editor, Adrian Stacey, first learned to dive on the Great Barrier Reef over 24 years ago. Since then he has worked as a dive instructor and underwater photographer in various locations around the world including, Egypt, Costa Rica, Indonesia, Thailand, Mexico and Saba. He has now settled in Australia, back to where his love of diving first began.
Top 10 Dive Computers 2022 | Top10 ...
Top 10 Dive Computers 2022 | Top10 Scuba | @Scuba Diver Magazine