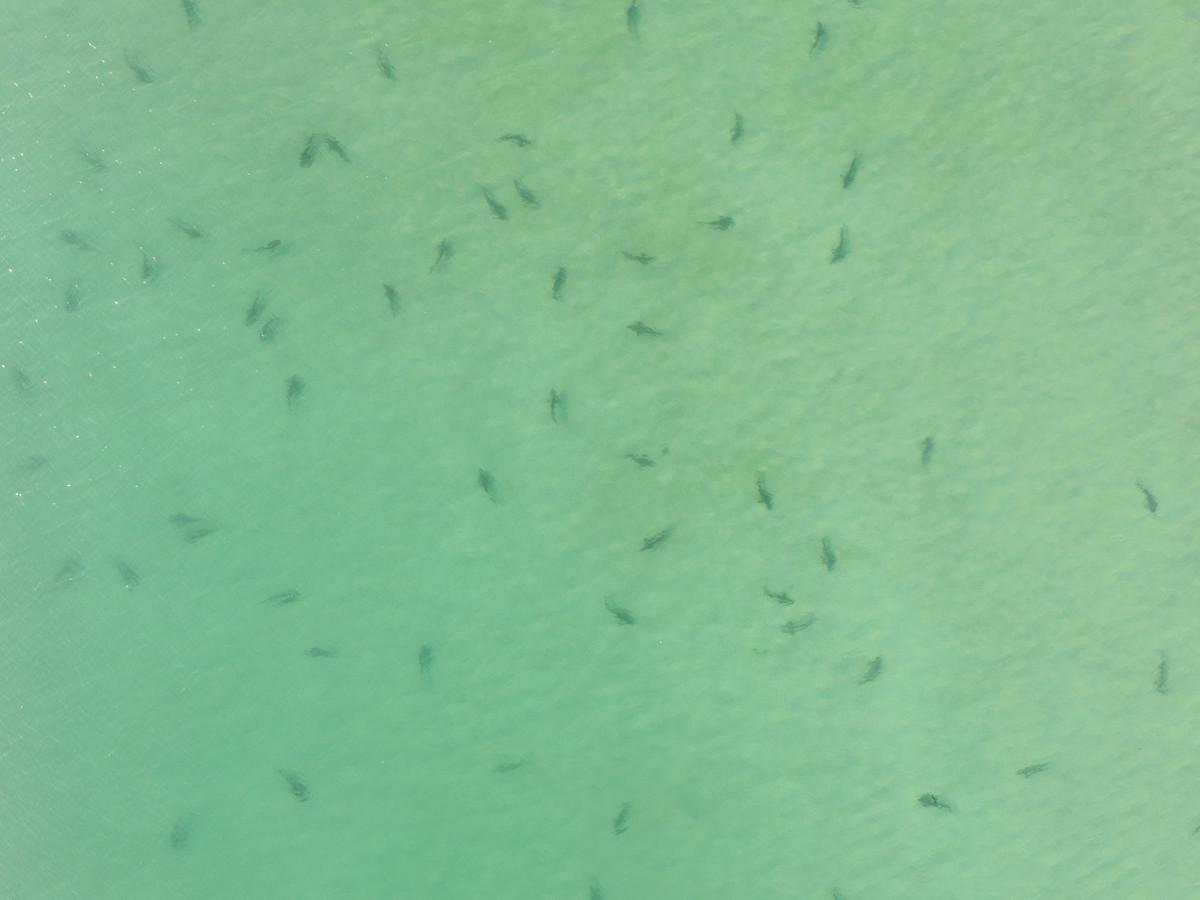 Residents of the Great Barrier Islands in New Zealand were treated to an amazing sight last week when hundreds of sharks congregated at a local beach. While not everyone was pleased to see them most people enjoyed the spectacle. Hundreds of juvenile sharks were reportedly sunbathing in the shallow water off Gooseberry Flat Beach in Tryphena. Several  species of shark were spotted including juvenile hammerheads, thresher sharks and schooling sharks. Hammerheads are know to have nurseries in the area.

One Local, Sarah Judkins, whose son Zach took some amazing drone footage of the event, said: “There has been a lot of talk of sharks in Tryphena this summer, but I was not expecting there would be quite this many! Sharks of all shapes and sizes were basking in the sun along with the swimmers at Gooseberry Flat this afternoon!” 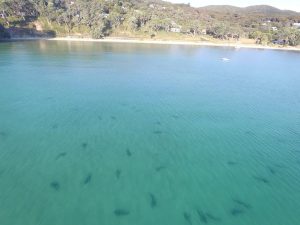 Shark scientist Riley Elliot said there was nothing unusual about them being there.

“They're sharing the same space because perhaps that environment is indicative of the sharks being safe because it's shallow and it's warm and it's a good place for the little guys to hang out, They're there for a reason – likely to hide away from predators.”

Elliot said: “These days, New Zealanders generally have a positive perception of sharks, and that's reflective of our healthy marine ecosystem.”