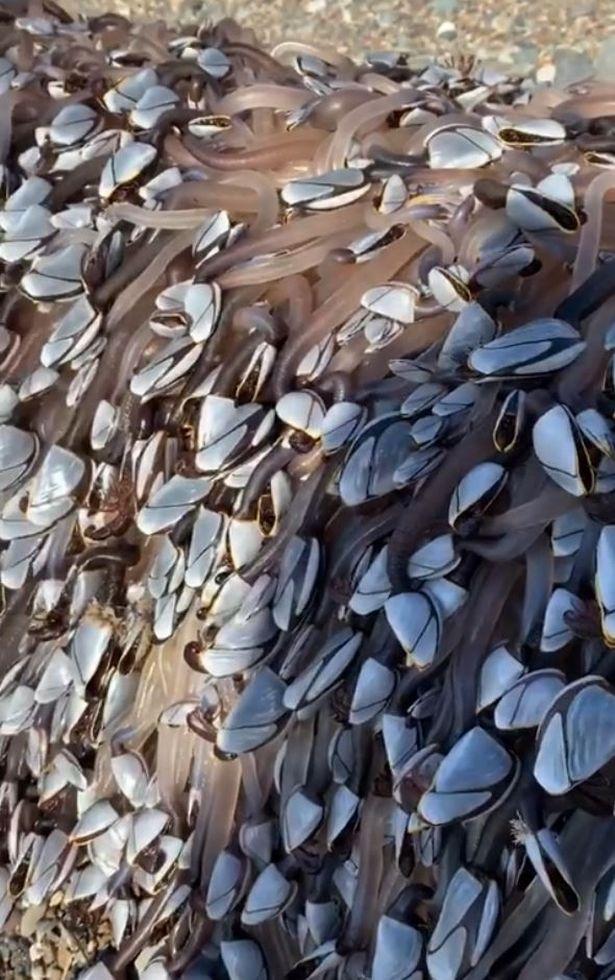 A large piece of driftwood covered in gooseneck barnacles has created a stir on a beach near Caernarfon, in North Wales.

Considered a delicacy in Portugal and Spain, where they are known as percebes and can fetch up to £25 each, the bizarre-looking creatures garnered lots of attention after they were initially discovered by Arwel and Eleri Huws, who run a nearby caravan park.

Holidaymaker Martyn Green, from New Brighton, posted images and video to Facebook of the barnacles, and reckoned there were thousands of the tentacled animals attached to the driftwood, which could mean the haul is worth tens of thousands of pounds.

Gooseneck barnacles have been seen previously off North Wales over the years, but while they are not considered rare individually, it is a rarity for them to be washed ashore in such large numbers.