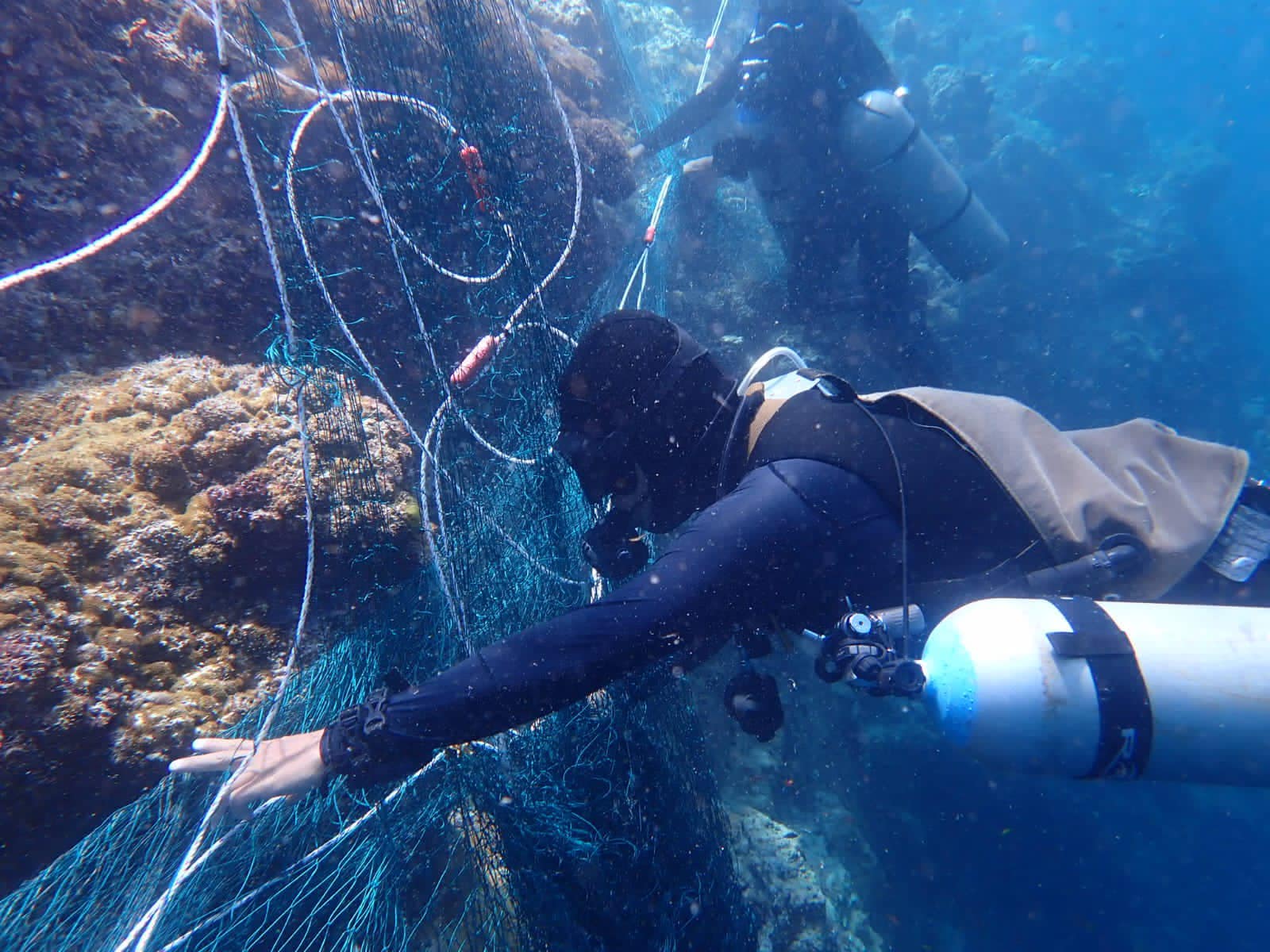 A group of divers faced a nightmare scenario on the stunning reefs of Sipadan when they had to tackle a massive ghost net that had drifted in from the open ocean.

The divers, who were involved in a cave-mapping project, were alerted to the 900-metre-long net by the director of Sipadan Marine Park in late-September, and found the net stuck fast into the reef at a depth of 3m-10m from Barracuda Point to the north side of Hanging Garden.

The cave divers, along with two rangers, started work on removing the nets, but this was no easy task. It was that embedded into the coral, the destruction if they just ‘pulled it off' would have been horrendous. Instead, they had to work one small coral head at a time.

Unfortunately, this painstaking process meant the net was going to be there for hours, and there were concerns for the marine life inhabiting the reef getting tangled up the longer it was there.

After being forced to stop working through the night, the team were back early the next morning, along with divers from Sabah Park, Uncle Chang, Seaventures, Borneo Divers, SWV, Scuba Junkie, Kapalai and Smart Resort.

Sadly, their worst features had come true. They found a dead turtle, about 30 sharks and hundreds of reef fish and crustaceans. So now, as well as working to remove the net itself, the divers also had to try and rescue as many trapped marine animals as possible.

Eventually, after several hours of work, the last pieces of the net were removed, but this one incident just highlights the dangers caused by ghost nets.

This dramatic diver rescue of the reef and its inhabitants comes as new restrictions were put in place for divers wishing to dive Sipadan.