Get to grips with your action camera with Jeff Goodman 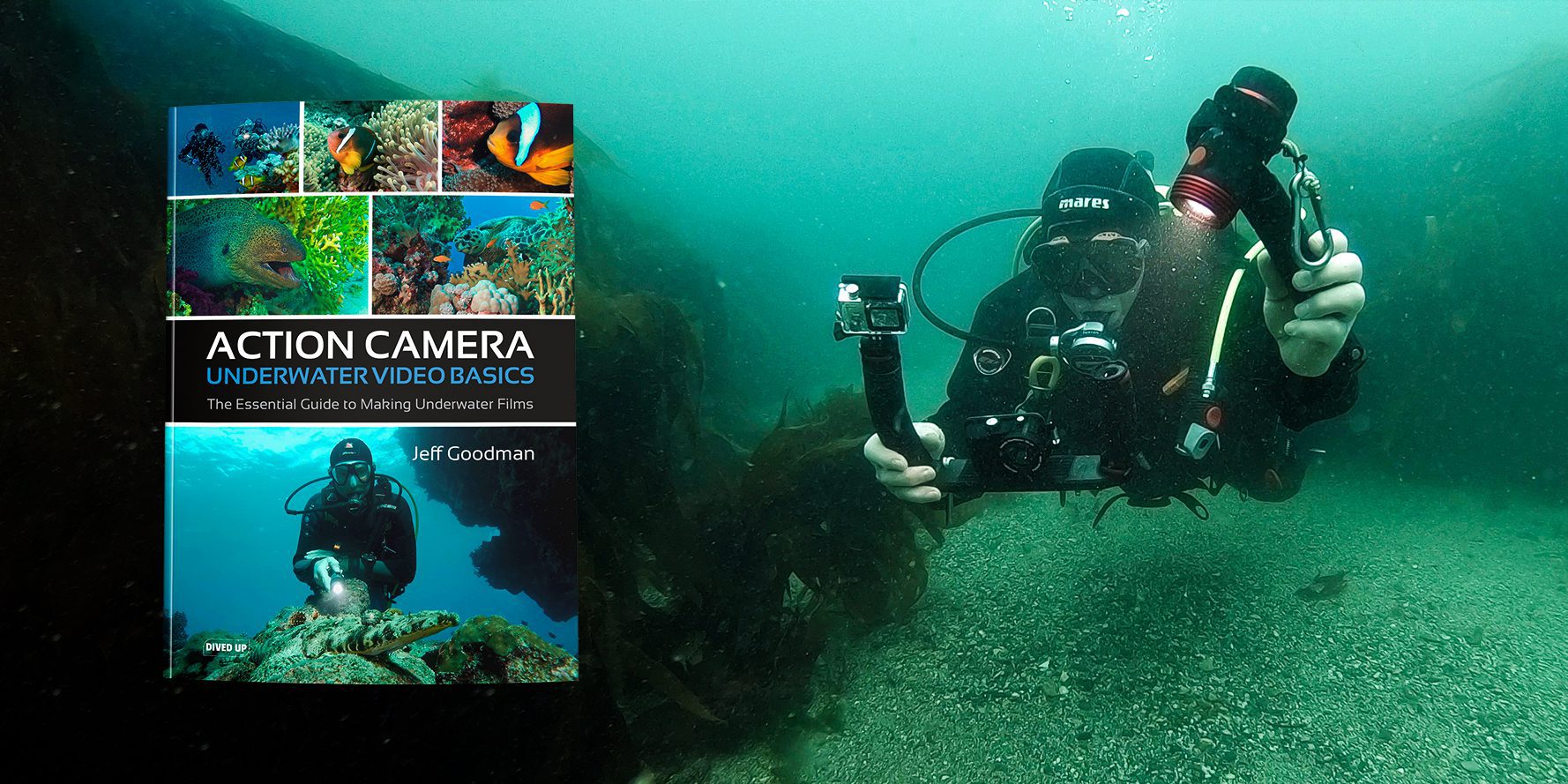 Divers can look forward to the cold-water season this...
Contents hide
1 About the author
2 The book

Action Camera Underwater Video Basics shows how to capture fantastic video and turn it into engaging sequences. Small cameras such as those made by GoPro, SeaLife and Paralenz are well-established in both the amateur and professional markets, and their size, quality and low cost make then highly desirable. They are easy to use, even for the most non-technical people, but they have more depth to them than one might first imagine. Award-winning underwater cameraman Jeff Goodman shows how versatile they can be – and how to get the best out of them.

The book looks at important camera features and cuts through the dizzying array of equipment choices. Homing in on what is useful for underwater videoing, Jeff provides the vital background knowledge needed to achieve stunning results, again and again. He discusses the mistakes that many budding film-makers make and shows how to construct meaningful video sequences which will keep the viewer interested. He introduces us to the editing process and reveals his basic technique for continued success. There is even a guide to taking better stills, both in the water and later from the video which has been shot. The book concludes with two exercises that put the theory into practice. Technology moves on at a pace, but some things always remain true. Nowadays shooting exclusively with tiny action cameras, Jeff shares his knowledge from a lifetime of work on prestigious filming projects.

Jeff Goodman is an award-winning cameraman and director experienced in wildlife, underwater, aerial and sound sync lighting camera work. Jeff has travelled the world filming in a variety of environments while working for the BBC, National Geographic, Discovery and many other international production companies.