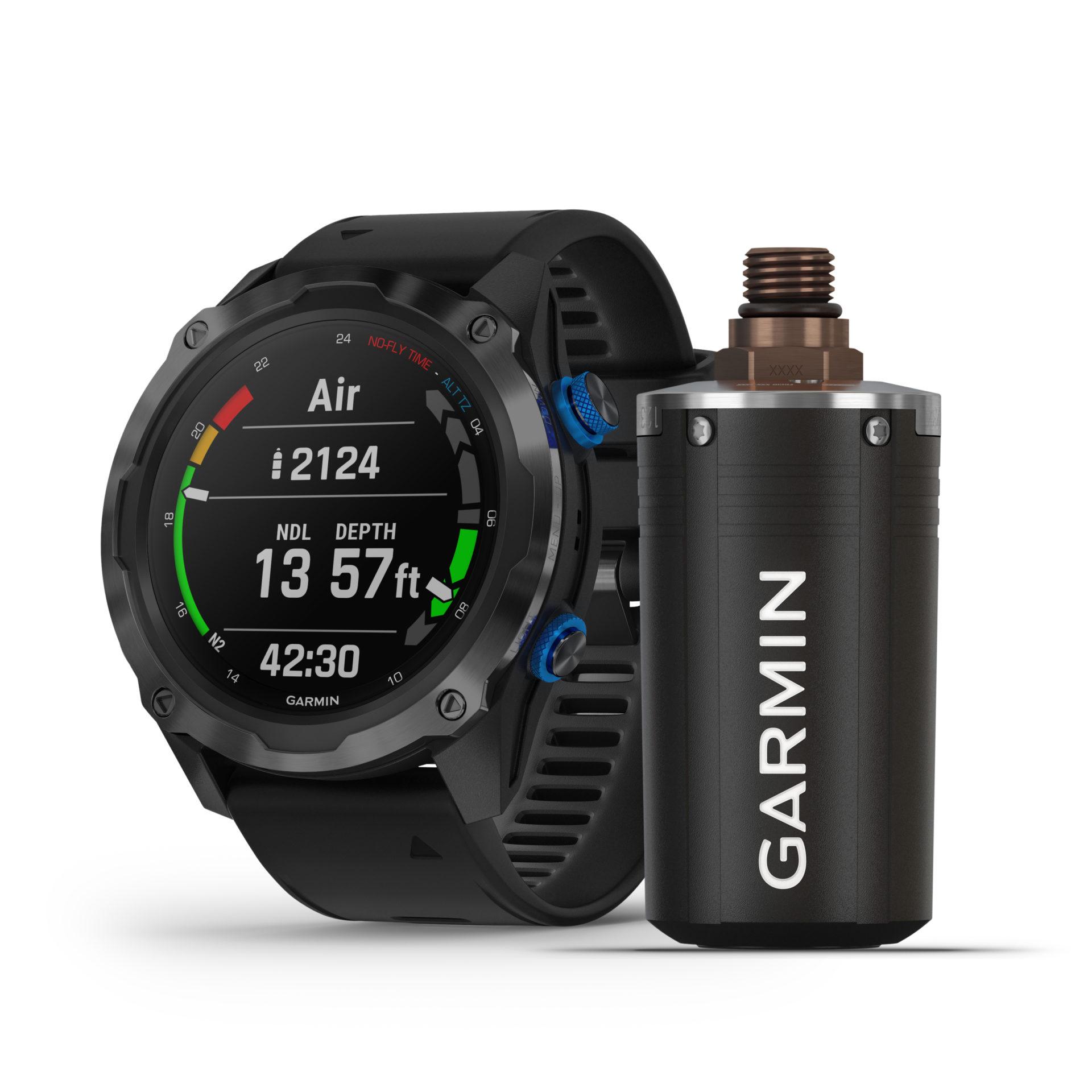 Garmin has today announced the launch of the Garmin Descent Mk2 and Descent Mk2i dive computers, and its forthcoming Descent T1 transmitter, its next-generation suite of dive products packed with features for both underwater and on the surface.

The Descent Mk2i watch-style dive computer pairs with the Descent T1 transmitter via Garmin SubWave to deliver tank pressure data to the diver. SubWave is a revolutionary new sonar-based communication system that provides increased range and reliability over traditional air-integration systems. In addition to a larger display, leakproof inductive button technology, customizable in-dive data fields and more, the Descent Mk2 and Descent Mk2i feature Garmin’s most-sought-after everyday smartwatch features, making it one of the most sophisticated and connected watch-style dive computers on the market today.

“With premium features for both underwater and topside adventures, along with advanced air integration, the Descent Mk2i and Descent T1 transmitter are essential equipment,” said Dan Bartel, Garmin vice president of global consumer sales. “Leveraging our expertise in marine sonar equipment, we were able to develop our own SubWave sonar technology that sets the standard for extended range and reliability for the diving community.”

The Descent Mk2i dive computer can simultaneously monitor tank pressure from up to five paired Descent T1 transmitters (each sold separately) via the SubWave sonar data network, so that divers can view tank pressure, air time remaining, gas consumption rate and monitor other divers or additional tanks within a ten-metre range, making the Descent Mk2i and Descent T1 an ideal solution for instructors.

On land, the Descent Mk2 and Mk2i double as a premium multisport GPS smartwatch with multi-GNSS support and wrist-based heart rate monitoring plus multiple sports profiles including golf, with full-colour mapping for over 41,000 courses worldwide. Other smartwatch features include notifications for calls, texts and calendar alerts and more, right on the wrist – Garmin Pay for contactless payments, music storage with compatible service support, and a Pulse Oximeter for blood oxygen monitoring.

Dives are automatically logged in the new free Garmin Dive app, which provides a detailed analysis for each dive activity, including max depth, bottom time and a map of surface entry and exit points. Use the explore feature in the app to search through more than 2,700 dives sites from around the world. The watches are also preloaded with hundreds of dive sites so you can view wreck and reef locations and tide data to find the best spots to explore. When paired with a compatible Garmin inReach satellite communicator at the surface, users can send and receive messages quickly from the Descent Mk2 or Mk2i watch and when necessary, trigger an interactive SOS.