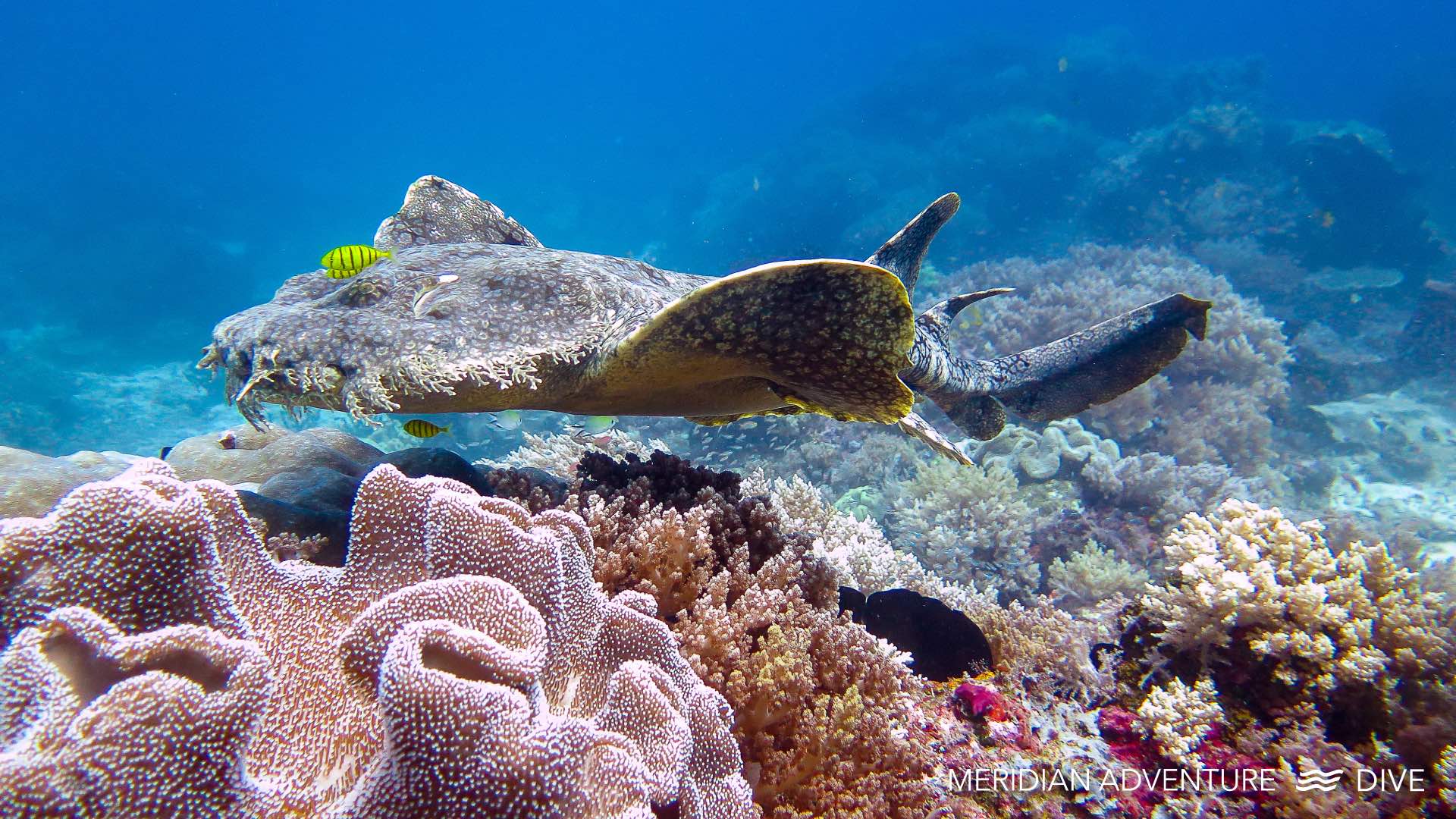 Wobbegong Sharks are also known as carpet sharks since they are bottom dwellers, and – resemble a carpet. The Wobbegong Shark spends most of its time lying motionless on the seafloor and with its scientific name (Eucrossorhinus dasypogon) roughly meaning “well-fringed nose with a shaggy beard”, you can see why this little guy can go unnoticed. It relies on camouflaging as a feeding tactic and has various other tricks up its sleeves for catching its prey.

They are generally a non-aggressive bottom-dwelling shark, however, it has been known to bite humans under certain circumstances, such as when accidentally stepped on – given how camouflaged this shark can be against the ocean floor. It will also attack if a limb is put in front of its mouth and is mistaken as prey.

Either way, once something is in a Wobbegong Sharks mouth, it is game over. Because of its large jaws, Wobbegong Sharks can swallow prey almost as big as itself. But if the prey is too large to swallow, the shark will hold it in its teeth until it dies, and then eat it in chunks.

Wobbegong Sharks are nocturnal animals and do not need to move around to breathe like Great Whites. They sleep during the day and only hunt at night because of their poor eyesight – they rely mostly on their barbels to sense their environment.

Well, kind of. When moving across to the bottom of the ocean floor, it looks like they are walking on their pectoral and pelvic fins. They have also been seen walking from one tidal pool to the next during low tide.

And can have up to 20 pups per litter. They do not however receive any care from their mother but do tend to stick around for safety purposes.

Once its target gets close enough, the wobbegong will strike, clamping down with its wide, powerful jaws, in some cases even using suction to pull its dinner in. The sudden opening of its mouth causes pressure differences in the water, which suck the fish into its jaws before being swallowed whole and digested. The shark can even dislocate its jaw to swallow large fish and has been documented eating prey bigger than itself.