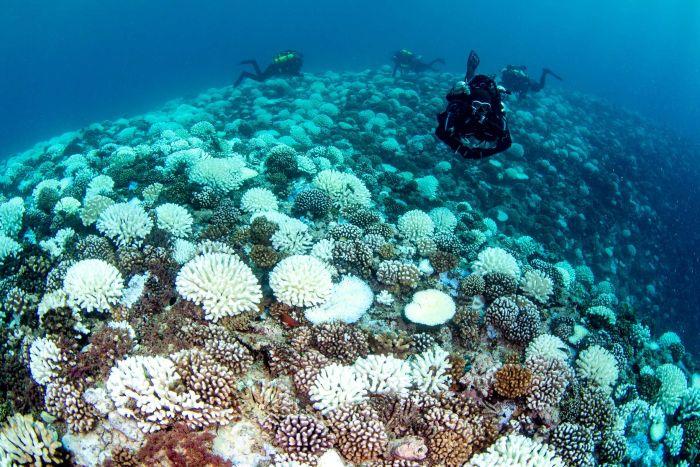 The French Polynesian islands of Tahiti and Moorea have reported that more than 50 percent of their coral reefs have been bleached, despite the fact that there was no El Nino event this year.

Shockingly, whereas in the past, coral bleaching events linked to El Nino have predominantly been in shallow waters, this time bleached corals have been seen as deep as 100m.

Coral bleaching occurs when higher water temperatures than usual cause the coral to jettison its symbiotic algae, leaving the white skeleton beneath, and is not something new to the islands, which thanks to their position are often washed by warmer waters caused by El Nino events. However, this year, as there was no such event, the coral should have been safe, yet recently, it has been estimated that 50 to 60 percent of corals have been bleached.

Marine biologist Dr Luiz Rocha, from the California Academy of Sciences, said: “It seem to be only the southern portion of French Polynesia that’s bleaching, but definitely Tahiti and Moorea are severely bleached.” 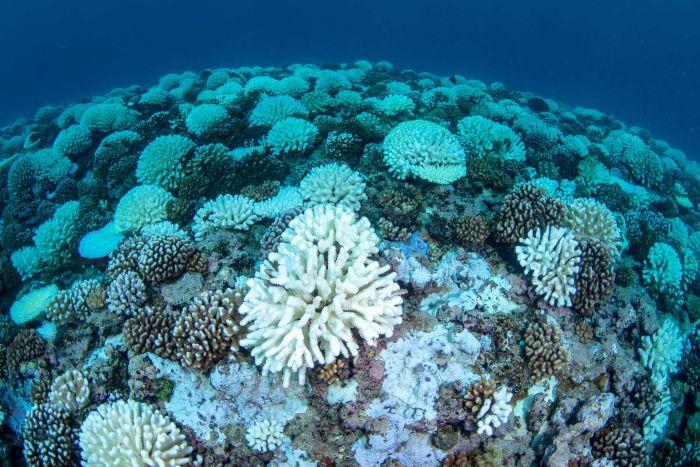 With uncertainty over whether the bleached corals will recover – a drop in water temperature needs to happen in the next couple of weeks for them to have a chance of survival – he continued: “I was overwhelmed by sadness because I saw these reefs looking really healthy just two months ago.”

Coral micro-biologist Andrew Thurber, from Oregon State University, was also recently in Moorea, and he commented: “In our initial surveys, we found over 90 percent of the dominant coral species were at least partially, if not entirely, bleached. When I first got in the water, I was completely disorientated – it was a carpet of white.”

Terry Hughes, a coral reef scientist from the ARC Centre of Excellence for Coral Reef Studies, said: “This bleaching is indiscriminate and, if anything, worse at the normally healthy reefs. Sadly, while it is tragic, it is no longer surprising – we don’t need an El Nino to trigger bleaching in the northern Great Barrier Reef or the islands of French Polynesia, we just need a hot summer – and we get plenty of them.” 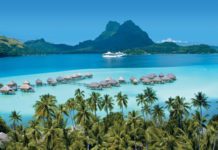 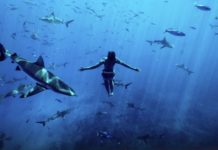 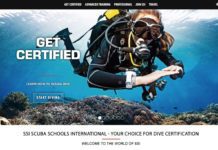