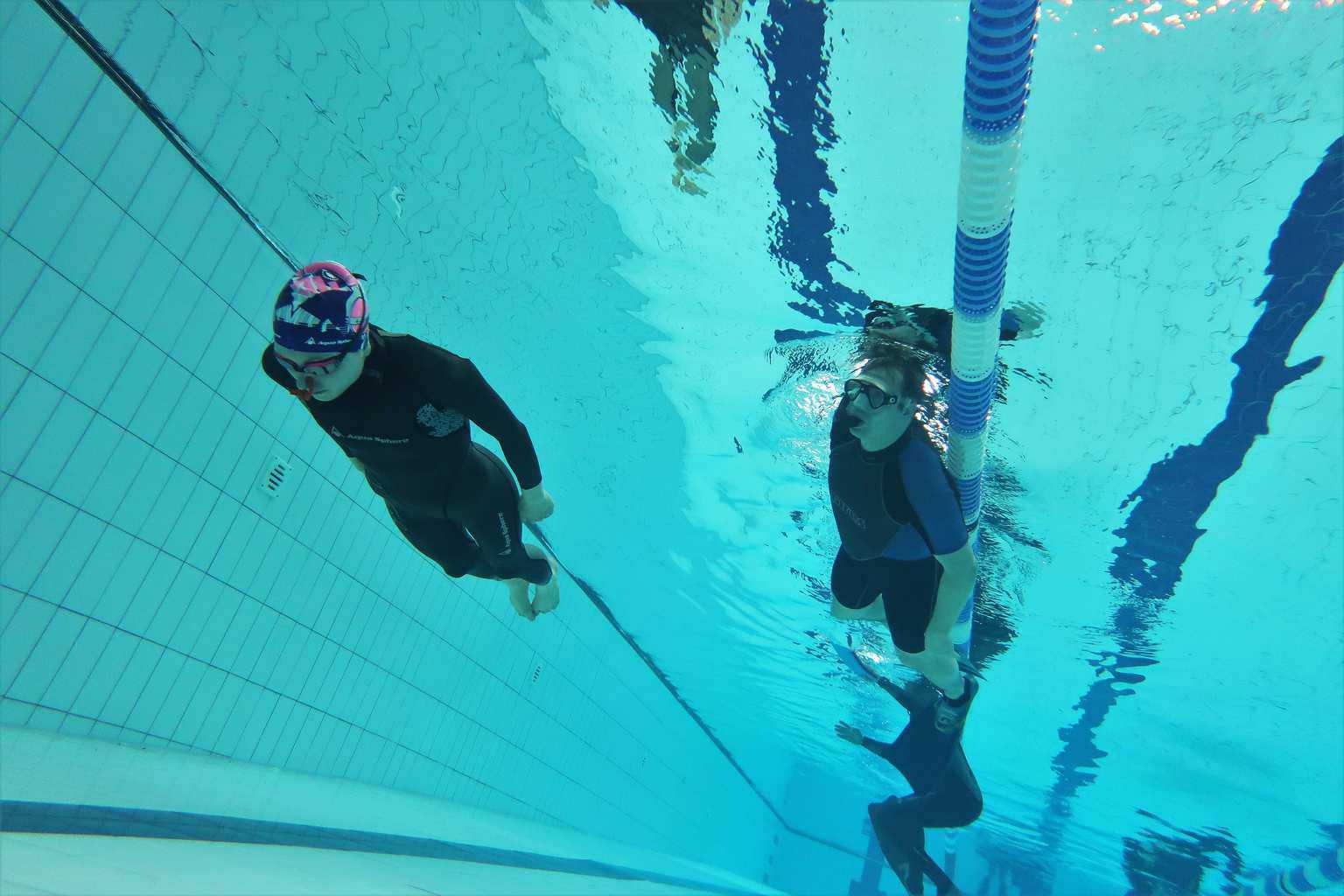 The Easter weekend saw a flurry of freediving activity in the northwest, culminating in the Great Northern competition and the BFA UK National pool championship. Steve Millard reports.

The Easter weekend gained a few people who may not have made it, and lost a few who were taken up, so next year it will be on a neutral weekend with no significant calendar event. I was very happy to see a few new faces – we had nine new divers out of the 31 entered over the two days and many of them put in PB or close-to PB performances, which was excellent. It was good to see Lucy Hannell podium, as she has been out for a while, and Lucelle Simms was solid all weekend, despite having a very short warm up just before her static. 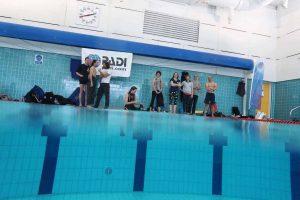 There was a lovely DNF swim by Borys Bajorek to beat the current Hungarian National record holder Mike Benke. Mike had his arm bent to enter as he was out of form, and after he podiumed he asked then if he could enter the second day as all of a sudden his motivation had come back. Eoin Clarke did a massive swim, but he woke up in the arms of friends after singing ‘keep on swimming, keep on swimming' until the safety decided he had swam far enough – 34 metres longer than planned – but I'm definite we will see another Irish National record very soon.

The Static event saw lots of white card performances, but it seems the best dives were left for the Dynamic with fins/Dynamic no fins event. Alice Hickson came back into the room and put a very solid and very clean 161-metre DNF in, which immediately put her out of reach of any mortal that had entered. Great swim also by Lucelle at 150 metres, who was there really to put numbers on the board, but the numbers were good. In the men’s event, Phil Fennell put in a big 169-metre swim, and only missed first spot because of Adam Drzazga having a bigger Static earlier.

Below is a run down of the now-official podium places. The two days results in full can be found here: http://www.freedivingcompetition.com/results-2017.html

The second day on 16 April was a joint competition, the 8th Great Northern Freediving competition and the BFA UK National pool championships running alongside it. We saw some great performances, even though many of the athletes were out of full pool training this time of the year.

Thank you to the sponsors: