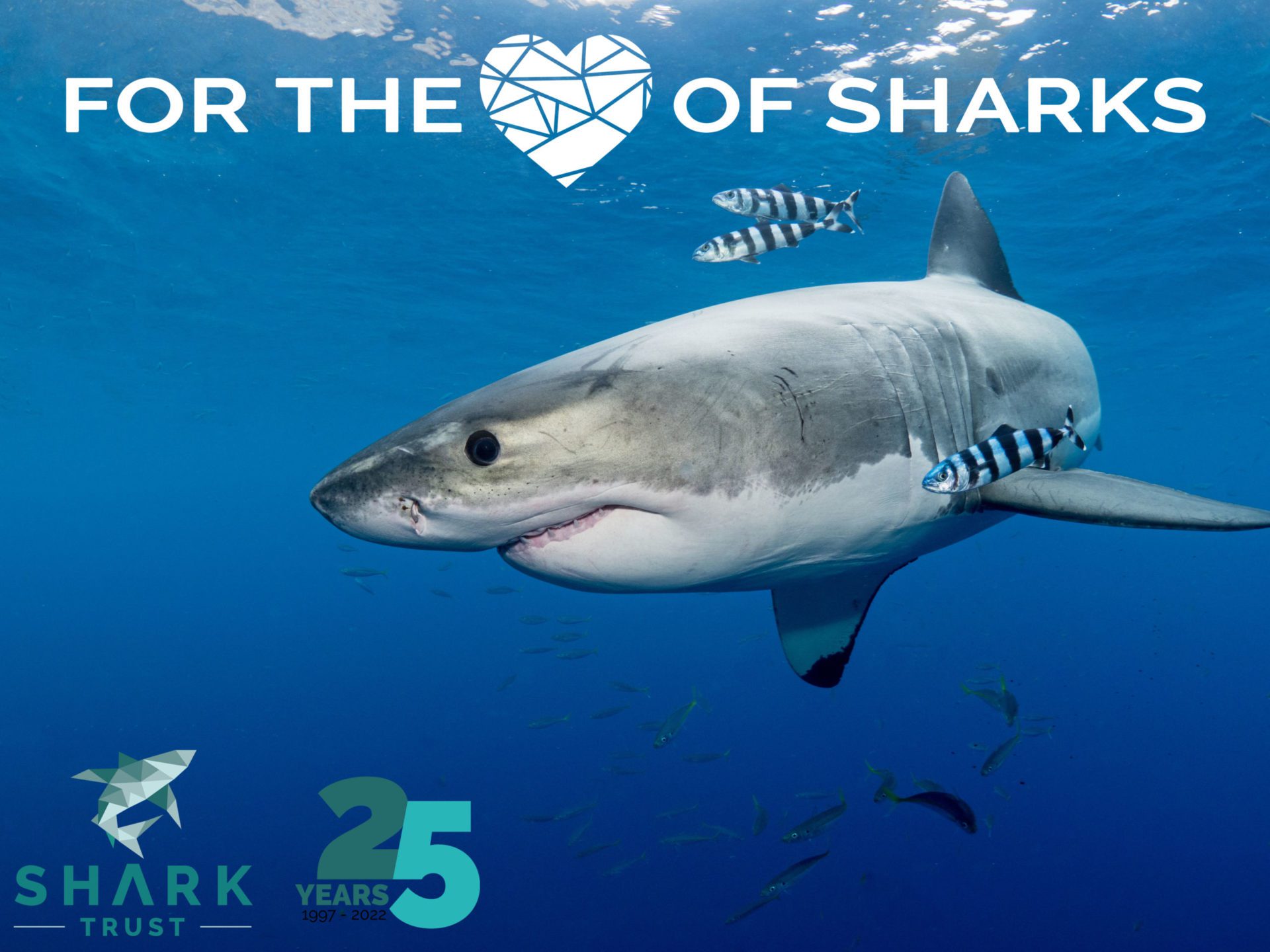 Join a host of amazing, shark-loving speakers and the Shark Trust team at For the Love of Sharks, an evening celebrating shark conservation at the Royal Geographical Society in London this November.

The Shark Trust will be launching their new campaign and they need you to get involved at the event, which will take place on 24 November from 6pm.

The event will be a celebration of all things shark. Those lucky enough to get hold of tickets will hear from engaging guest speakers with a passion for sharks.

For the Love of Sharks – Lizzie Daly

Lizzie Daly is a Welsh adventurer, explorer and wildlife biologist. She has worked on countless productions, most recently filming for the BBC on ‘The One Show’ and  ‘Winterwatch’. She has hosted BBC ‘Blue Planet LIVE Lessons’ and run blue shark expeditions off the Welsh coastline. Lizzie has a real love for adventure and inspiring other women in the wildlife adventure space.

Lizzie said: “Sharks are undeniably fascinating, and every species of shark has their own story to tell. From Greenland sharks in icy waters to Portuguese dogfish that live in complete darkness thousands of miles below the surface. Their diversity, range, biology and behaviour makes them an incredibly complex and fascinating group. Unfortunately, they are also one of the world’s most threatened groups.

“Organisations like the Shark Trust play a vital role in educating the public and policy makers about the importance of sharks. I want to do everything I can to help drive that critical work and so this is why I’m thrilled to be joining their mission.”

For the Love of Sharks – Dr Alex Mustard

Dr Alex Mustard MBE is widely regarded as one of the world’s leading underwater photographers, and is a columnist in Scuba Diver Magazine. He has been taking photographs underwater since he was nine years old. He has dived with and photographed sharks and rays all around the world and will be sharing his incredible images and stories.

Other special guests will be joining the event via the power of video:

Paul Rose is a new Shark Trust patron. He is at the front line of exploration (quite literally during this event) and one of the world’s most-experienced divers, field science and polar expert.

David Shiffman has just published a new book called ‘Why Sharks Matter' and is engaged in a worldwide tour speaking about the book and his work with sharks.

The Shark Trust team will also take to the stage to celebrate their 25th anniversary, to discuss the future of shark conservation and, of course, to launch their new campaign.

The evening will include a brand-new, exclusive, shark art exhibition. The Shark Trust is bringing together artists from a variety of backgrounds who are passionate about wildlife, conservation, and using art as a tool for positive change. Those attending will get the chance to see some of the initial works and to meet some of the artists.

It’s an evening with something for everyone who is interested and fascinated by sharks. Join the Shark Trust, their Patrons, Trustees and staff, along with a host of supporters for this celebration of shark conservation.