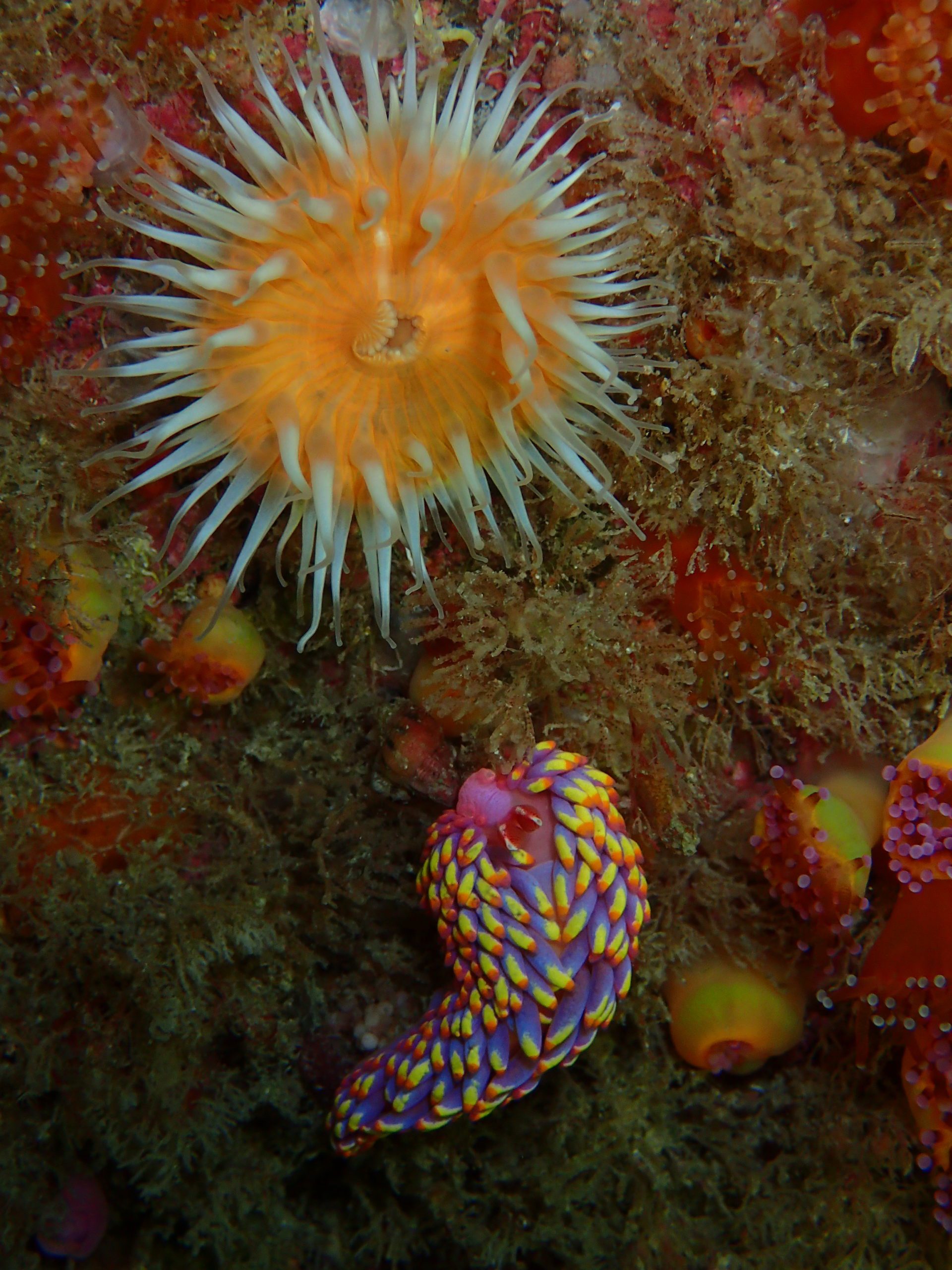 The multi-coloured nudibranch, Babakina anadoni, measures just 2cm in length and was captured on camera by Seasearch volunteer Allen Murray during a dive near Melledgan, an uninhabited rock island in the Isles of Scilly, during The Wildlife Trust’s National Marine Week.

This species is a member of the aeolid nudibranch family and has only been recorded a handful of times along the west coast of Spain and further south in the Atlantic.

Matt Slater, Marine Conservation Officer at Cornwall Wildlife Trust and Co-ordinator of the Seasearch programme for Cornwall and the Isles of Scilly, said: “What an incredible find! We were extremely excited to hear about the sighting of this colourful nudibranch – a species that we believe has never been recorded in the UK before.

“It’s one of the prettiest sea slugs I’ve seen and, given its less than half the size of your little finger, it’s amazing Allen spotted it at all! There’s still so much out there that we don’t know about our marine environment. Records like this from our Seasearch divers are vital in helping us understand and better protect our seas.”

Lucy McRobert, Communications Manager at Isles of Scilly Wildlife Trust, said: “We never cease to be amazed at the wildlife turning up in Scillonian waters. From rare and beautiful nudibranchs to violet sea snails to great whales like humpbacks and fins, every time we dive beneath the surface we learn and see something new!”

Nudibranchs, often known as sea slugs, are soft-bodied marine animals famous for their extraordinary bright colours and striking shapes. They are much like their land-based, garden relatives and feed on seaweeds, anemones and other sea slugs.

Sea slugs can incorporate the stinging cells from their prey into their own bodies, giving them a defence against predators.