Fin whale washed up on Essex beach has been removed 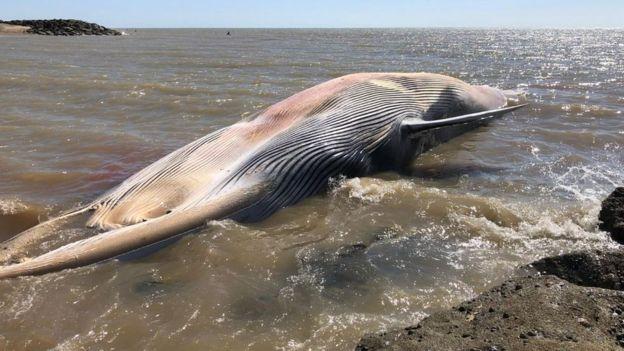 A 12-metre-long fin whale which washed up at Holland-on-Sea in Essex on Friday morning has now been removed by the local council.

Members of the British Divers Marine Life Rescue attended the scene, but it is thought the fin whale – believed to be a juvenile – had been dead for some time before coming ashore. It is not yet known how it died, though the Institute of Zoology has taken samples.

Mike Carron, of Tendring District Council, said: “It is a very sad occurrence that something so beautiful and amazing was washed up.”