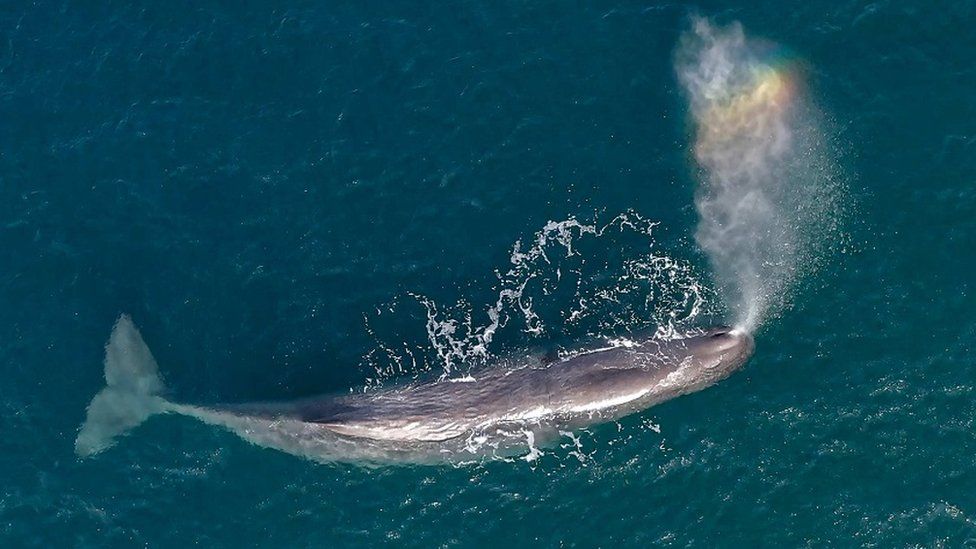 Concern is growing among conservationists over the fate of a 13-metre-long sperm whale which has been in Shetland waters since last Monday.

The animal, which has been in the relatively shallow Whiteness Voe since last Monday, has already semi-stranded twice.

Shetland Wildlife photographer Hugh Harrop said he hoped that the animal, which was being monitored from a distance using a drone, would find its way back out to open sea.

Sperm whales are normally found some 50 miles west of the Shetlands, in rich deep-water hunting grounds.

Karen Hall of NatureScot said: “The whale doesn't appear to have stranded since early last week and seems to be keeping to the deeper channels and pools in the area, but it seems to be reluctant to cross over the sill south and get past the Nesbister Bod.

“We are looking at all options to encourage him to leave, but it's logistically complicated and requires conditions to be just right to have the best chance of success.”

Sperm whales have previously died after becoming stranded on Scotland's coastline. In January 2020, a 20-metre-long sperm whale died near Inverness, in 2019, one died on the Isle of Harris, and another perished in the Moray Firth in August 2008.