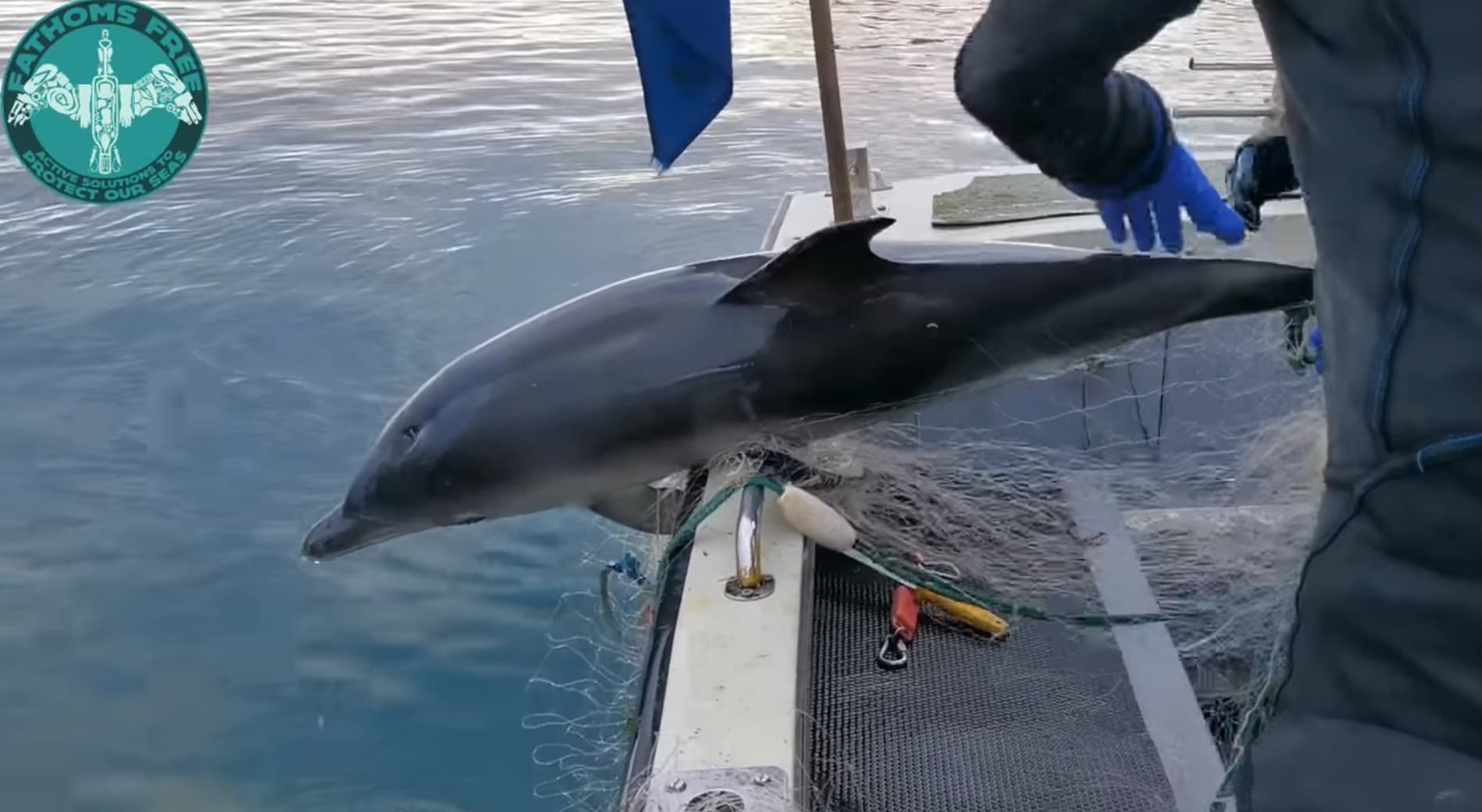 The team from Fathoms Free have recovered a ghost net from near Maenporth Beach, Cornwall, which had claimed the lives of an adult seal and a juvenile dolphin.

Despite their boat being out of action for repairs and maintenance, on hearing about a ghost net which had entrapped and killed a mature seal, Fathoms Free managed to assemble a skeleton crew, with the assistance of local diver Ben Dunstan, who stepped in with his boat, to go and attempt to remove the net.

When the net was freed and lifted to the surface, they sadly discovered its other victims – a juvenile dolphin, juvenile dogfish, a dozen mackerel and various other fish species, all in a state of decay.

Luckily, the team members were able to save and release two lobster, three edible crabs and five spider crabs. The dead seal, dolphin and fish were also returned to the sea to continue in the food cycle.

The net will be passed on to Odyssey Innovation Ltd for recycling.

If you spot a ghost net, head to the Fathoms Free website and use the reporting form.