Farne Islands diving above 18m gets the seal of approval 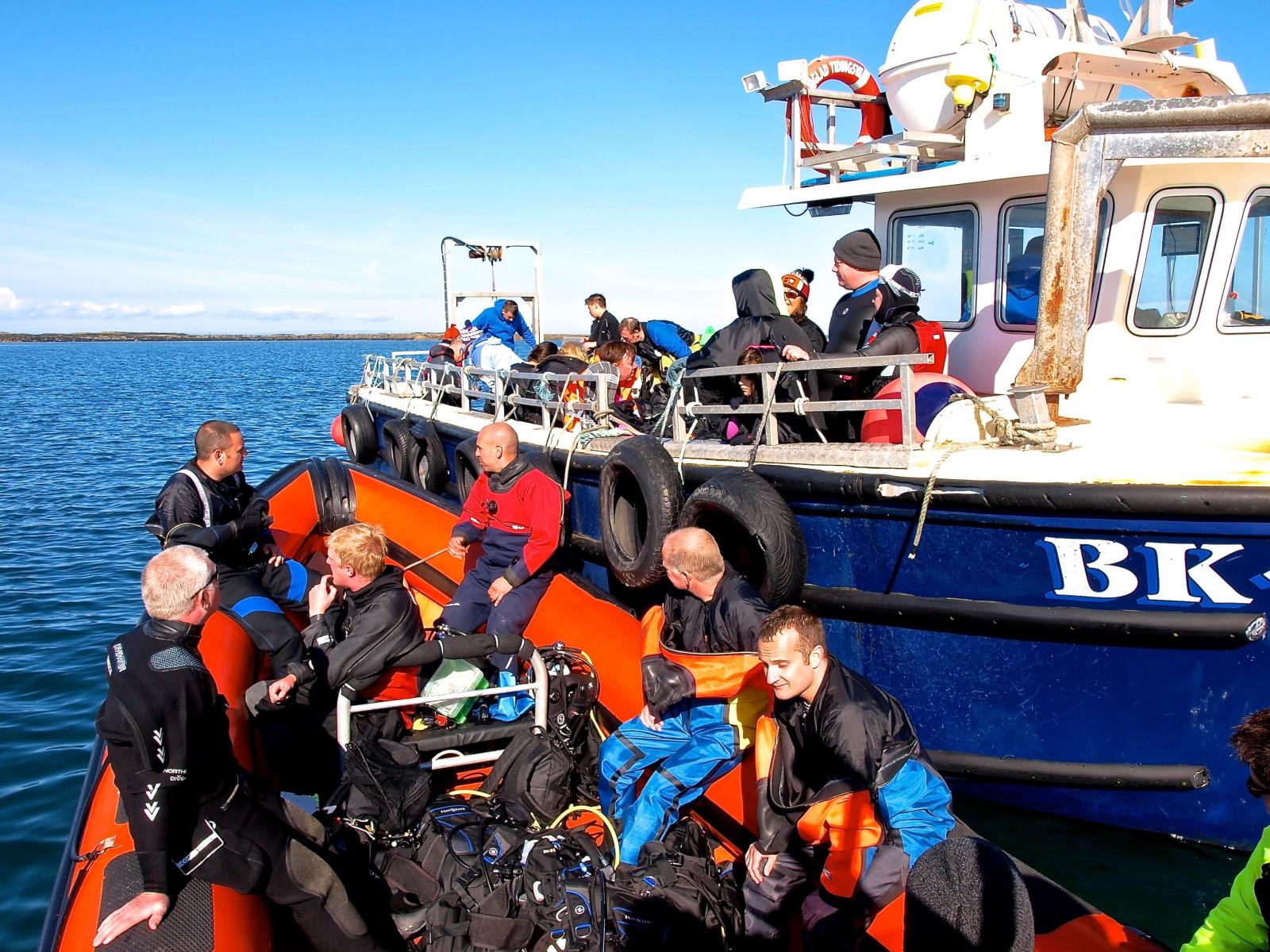 Raja Ampat is not only stunning underwater it also...
Contents hide
1 About Farne Islands
2 Arrival at the Farne Islands
3 Farne Islands Dive Briefing
4 The dive with grey seals
5 What to expect at Farne Islands
5.1 Type of dive
5.2 Depth
5.3 Marine life
5.4 Visibility
5.5 Seabed
5.6 Hazards
5.7 What to look out for
6 TOPSIDE ATTRACTIONS

While there are plenty of scenic reef and the odd wreck dive around the Farne Islands, these little specks of land just off the Northumberland coast would probably not have the enormous following they currently enjoy among the British diving fraternity if it wasn’t for the colony of grey seals that call them home. People will happily travel up from the far reaches of the South Coast to spend time in the water with these charismatic mammals. 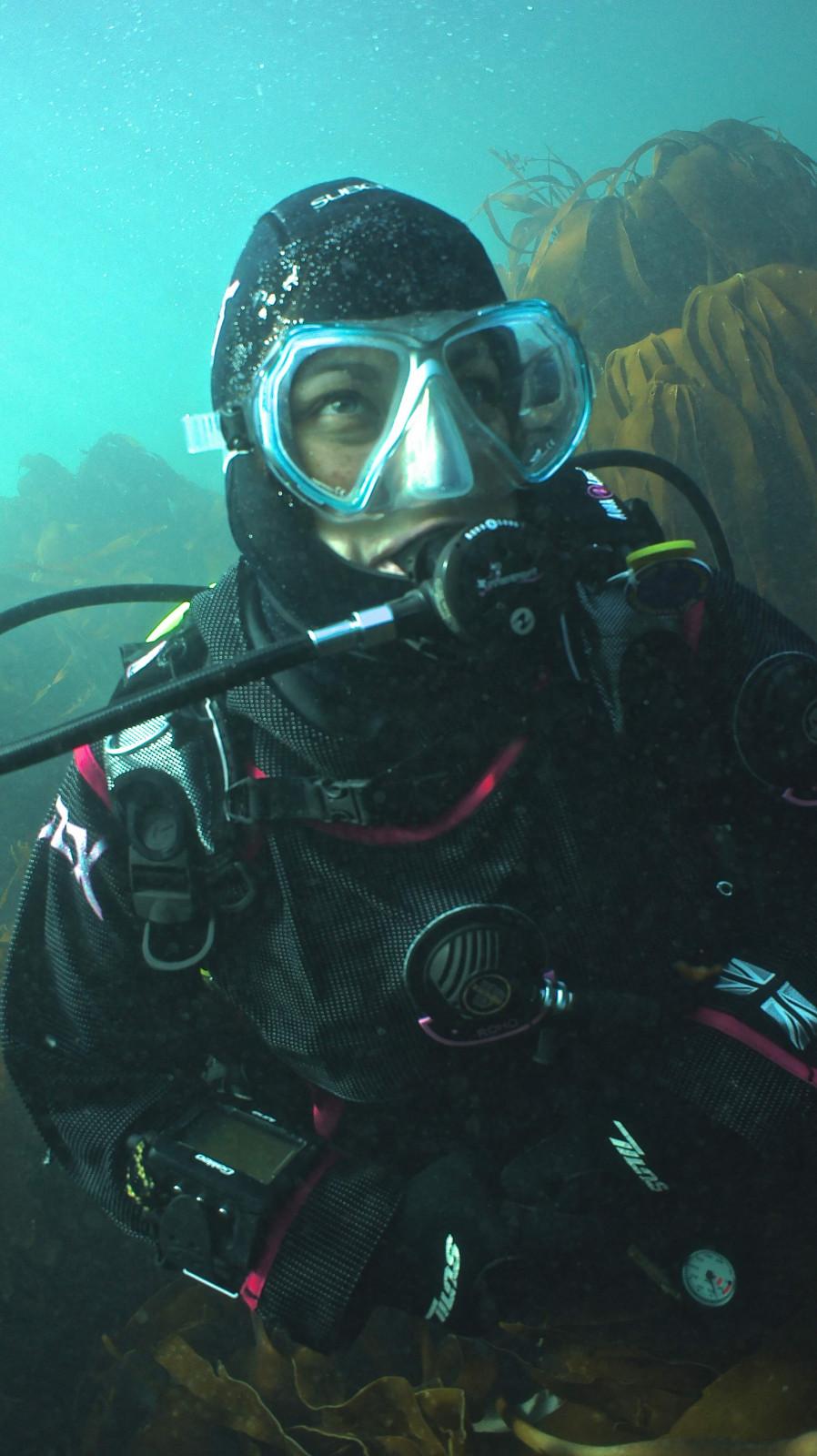 The Farnes actually have the UK’s largest population of Atlantic grey seals, some 5,000 plus in total, with numbers increasing every year. More than 1,500 pups are born on the islands annually, mostly in October and November.

Arrival at the Farne Islands 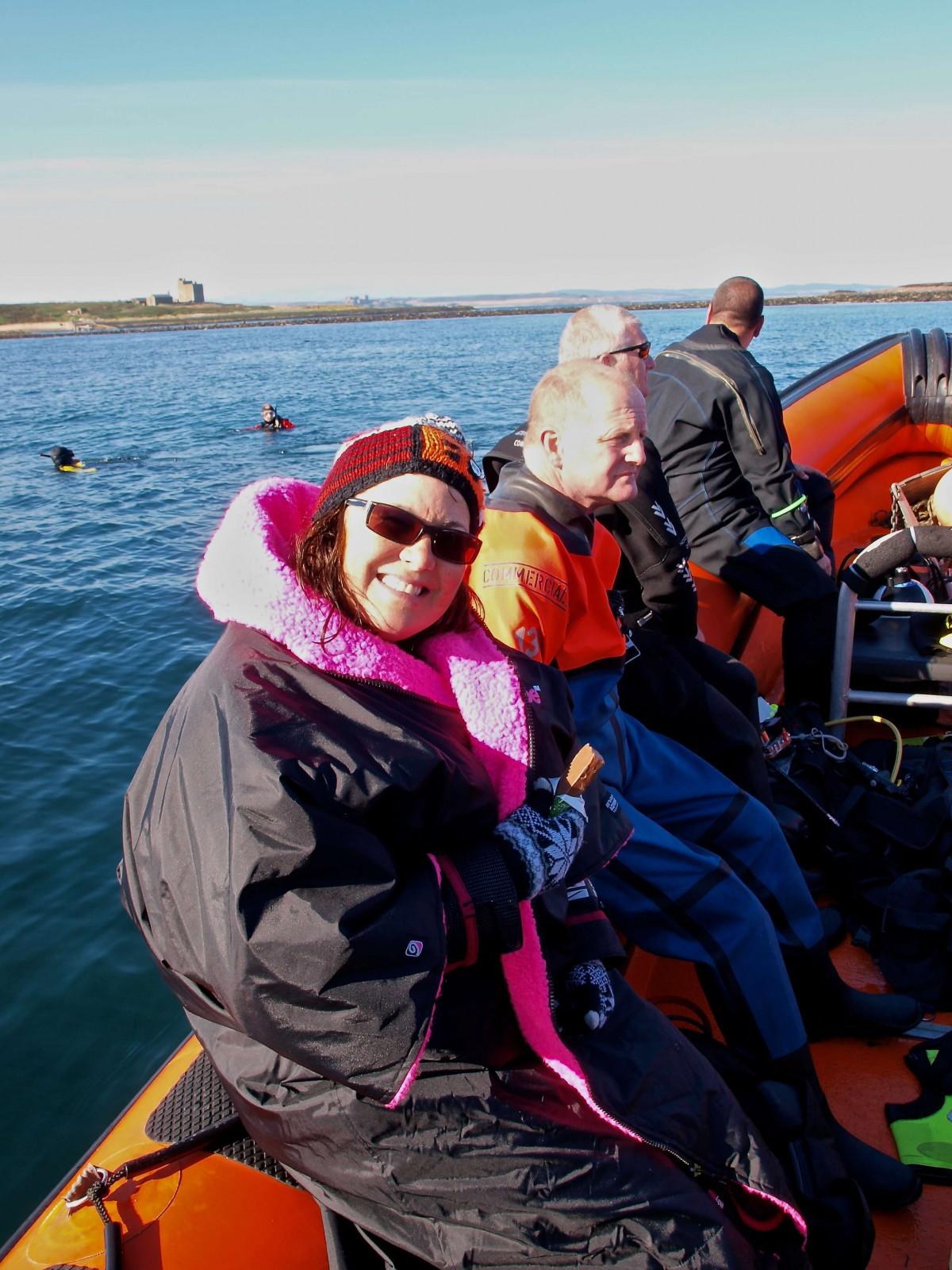 “You can head up and dive the Farne Islands as an individual or couple, or you can head up north with a club or dive centre group”

You can head up and dive the Farne Islands as an individual or couple, or you can head up north with a club or dive centre group. The gateway to the Farnes is the small port of Seahouses, and there are several companies offering RIBs and hard boats that will take you to the best diving areas. You just drive on to the harbour wall, park up and then cart your kit to your chosen dive boat. No long walks carrying heavy dive kit are required, which is a nice bonus, and when you come back, it isn’t far to the nearest chippy for some much-needed post-dive grub!

Your dive boat skipper will give you a detailed briefing on your particular site, but when it comes to interacting with seals, most of the hotspots will be nice and shallow, usually less than 6m-8m, so perfect for all levels of diver, and even snorkellers can get in on the action. The best thing to do with seals is get down on to the bottom, find a spot where you can settle and then wait for them to come to you. It all depends on how playful they are feeling, but if you allow them to get used to your presence, they will often become very bold and approach extremely closely. Of course, if the seals don’t show up – which is very rare – there is all the usual British marine life to enjoy in among the kelp, including various crabs, lobster, pollock, wrasse, anemones and so on, so you will never be short of things to look at.

The dive with grey seals 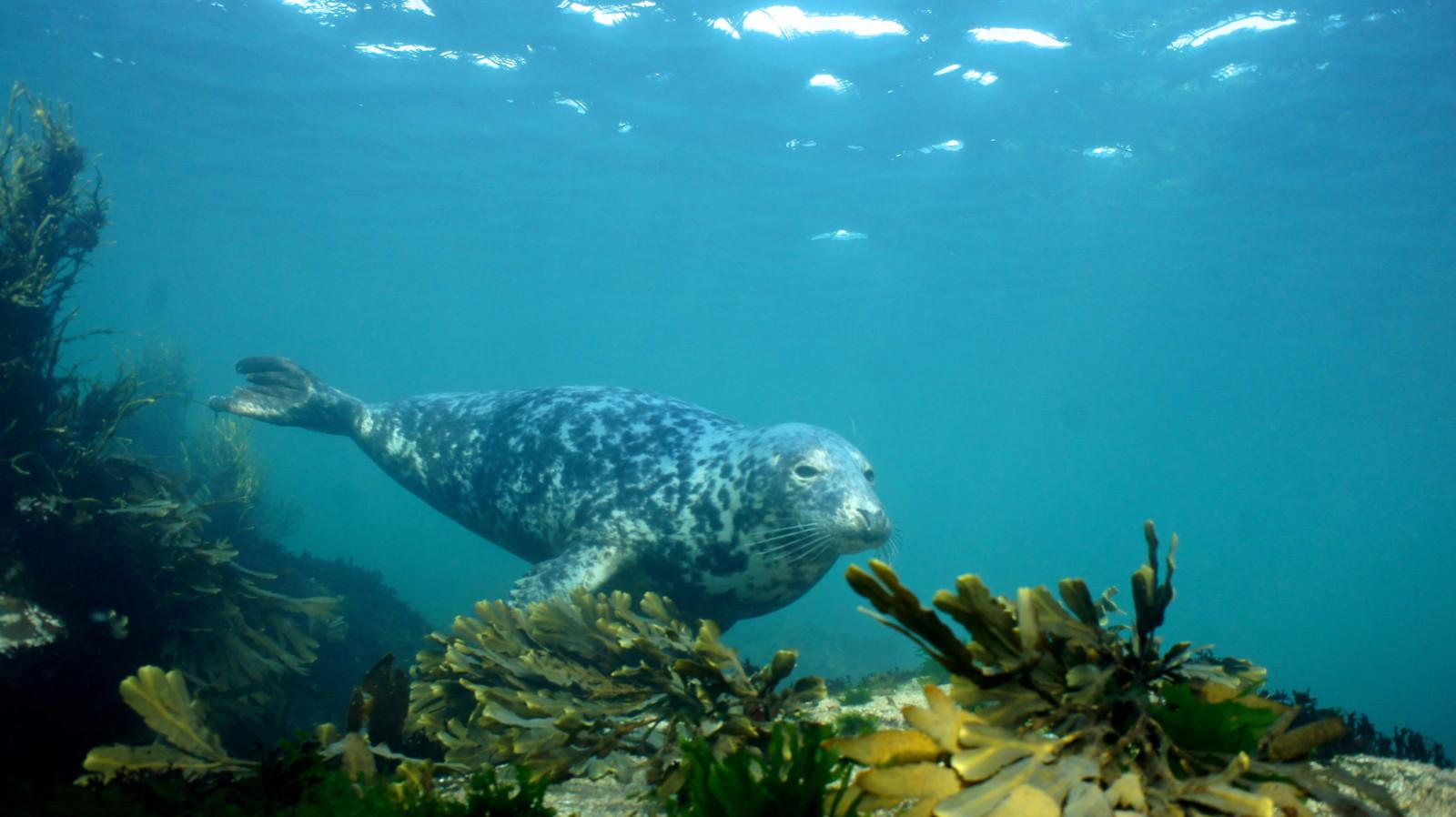 The thick kelp was whipping wildly in the surge, often going in the opposite direction to us, and I could see from the look in her eyes that my wife Penney was not doing well. She gets a bit seasick at the best of times, and being in just a few metres washed helplessly around by the movement of the sea, surrounded by undulating kelp fronds, the feeling of nausea was growing every second. It was only being exacerbated by the fact that this was her first drysuit dive in saltwater in a long time. I had the feeling that if the star attraction of the Farne Islands didn’t put in an appearance soon, it might well end up being her last! 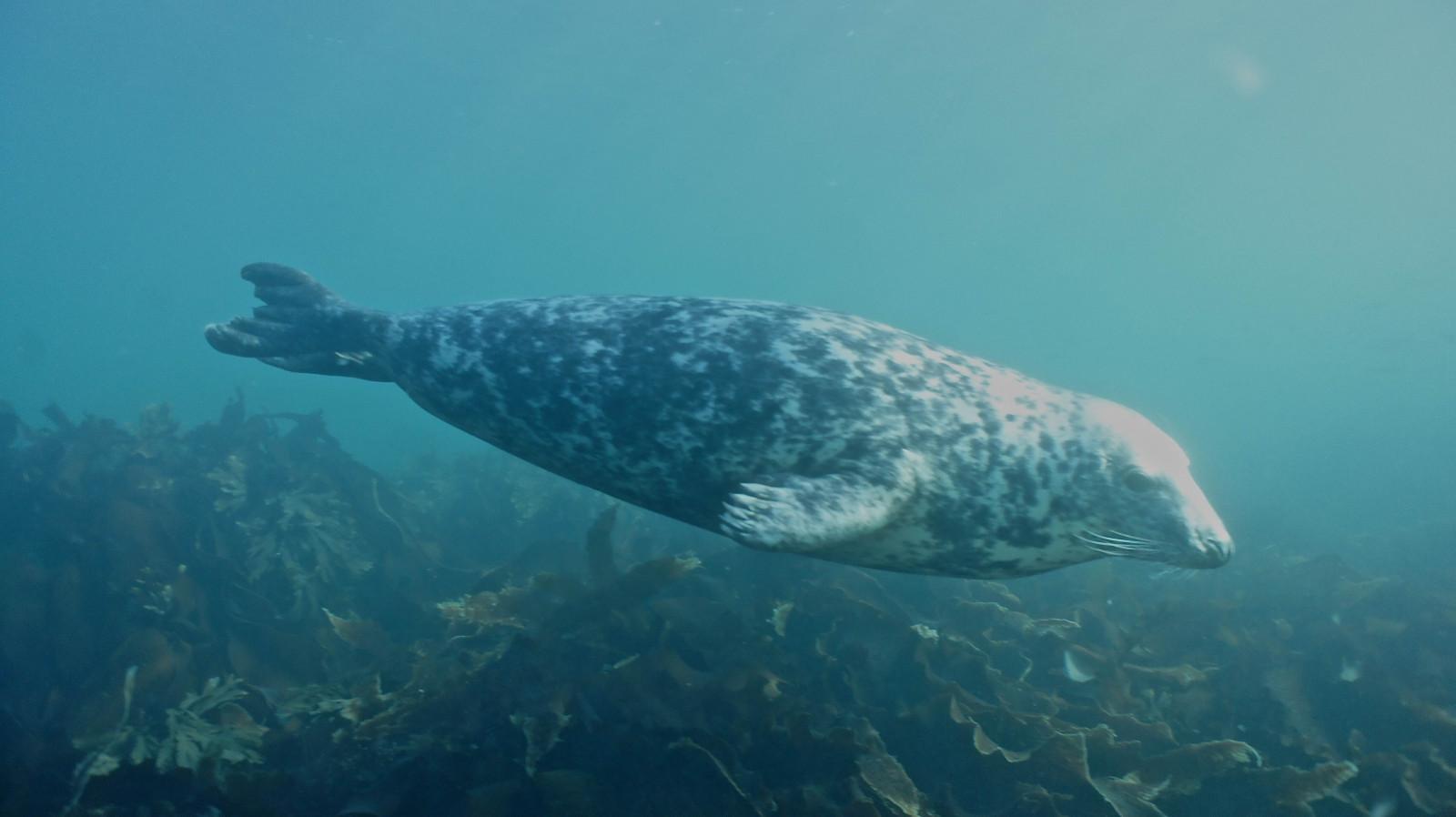 “Penney turned back to me, a look of delight clearly evident in her eyes – she was still queasy, but the arrival of the grey seal gave her something to focus on and any thoughts of aborting the dive were forgotten” 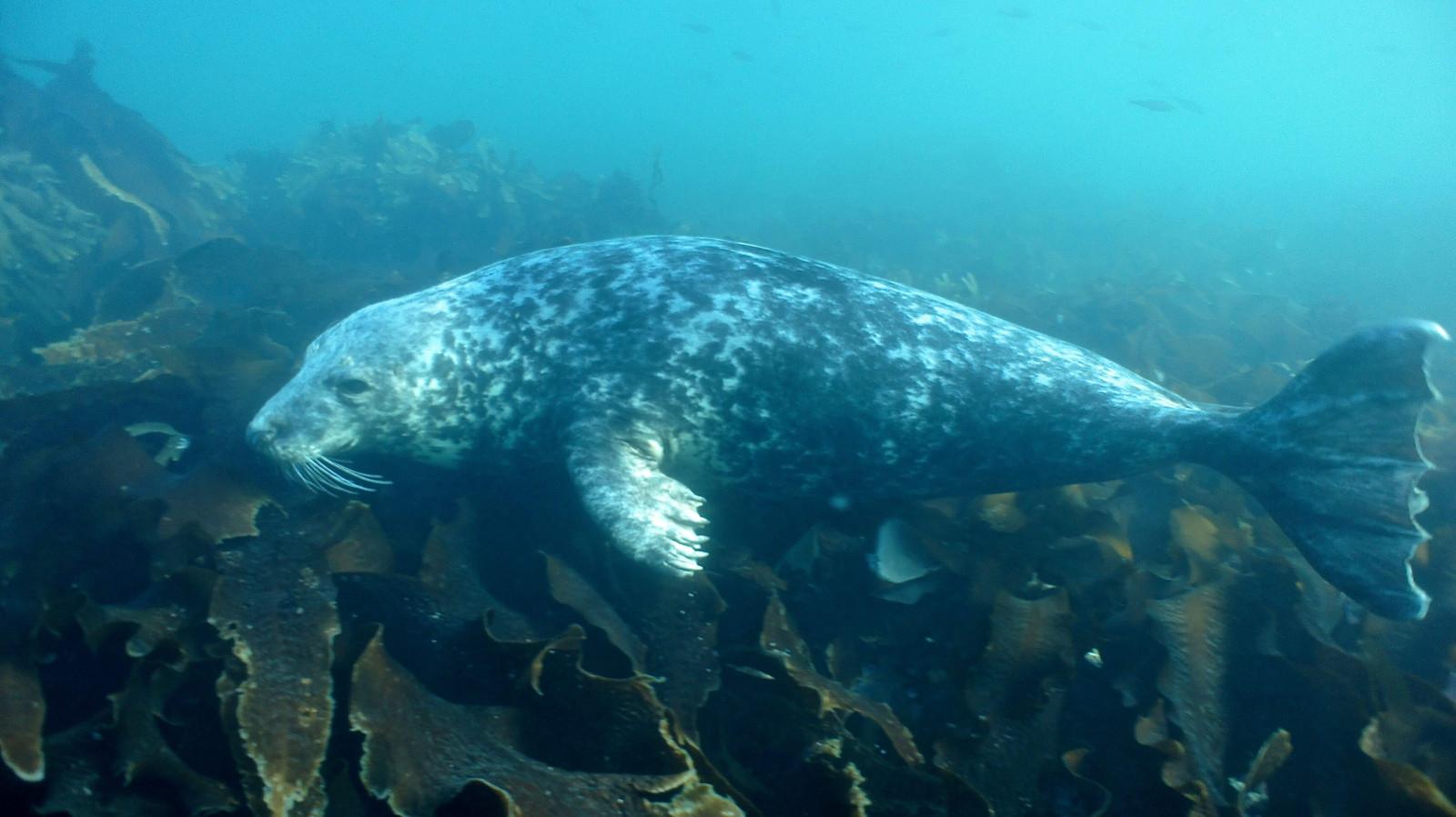 Right on cue, a flash of silvery grey shot past my right shoulder, pulled an impossibly fast turn behind Penney and then nestled in the kelp under her fins, its big brown eyes twisting the cuteness factor up to 11. I motioned for her to remain still and tried to bring my camera to bear. Keeping its eyes locked on mine, it opened its mouth and took one of Penney’s Scubapro Seawing Nova fins between its teeth and gave it a good tug. As she spun round to see her attacker, it let go and vanished into the murk with an effortless flick of its flippers. Penney turned back to me, a look of delight clearly evident in her eyes – she was still queasy, but the arrival of the grey seal gave her something to focus on and any thoughts of aborting the dive were forgotten. 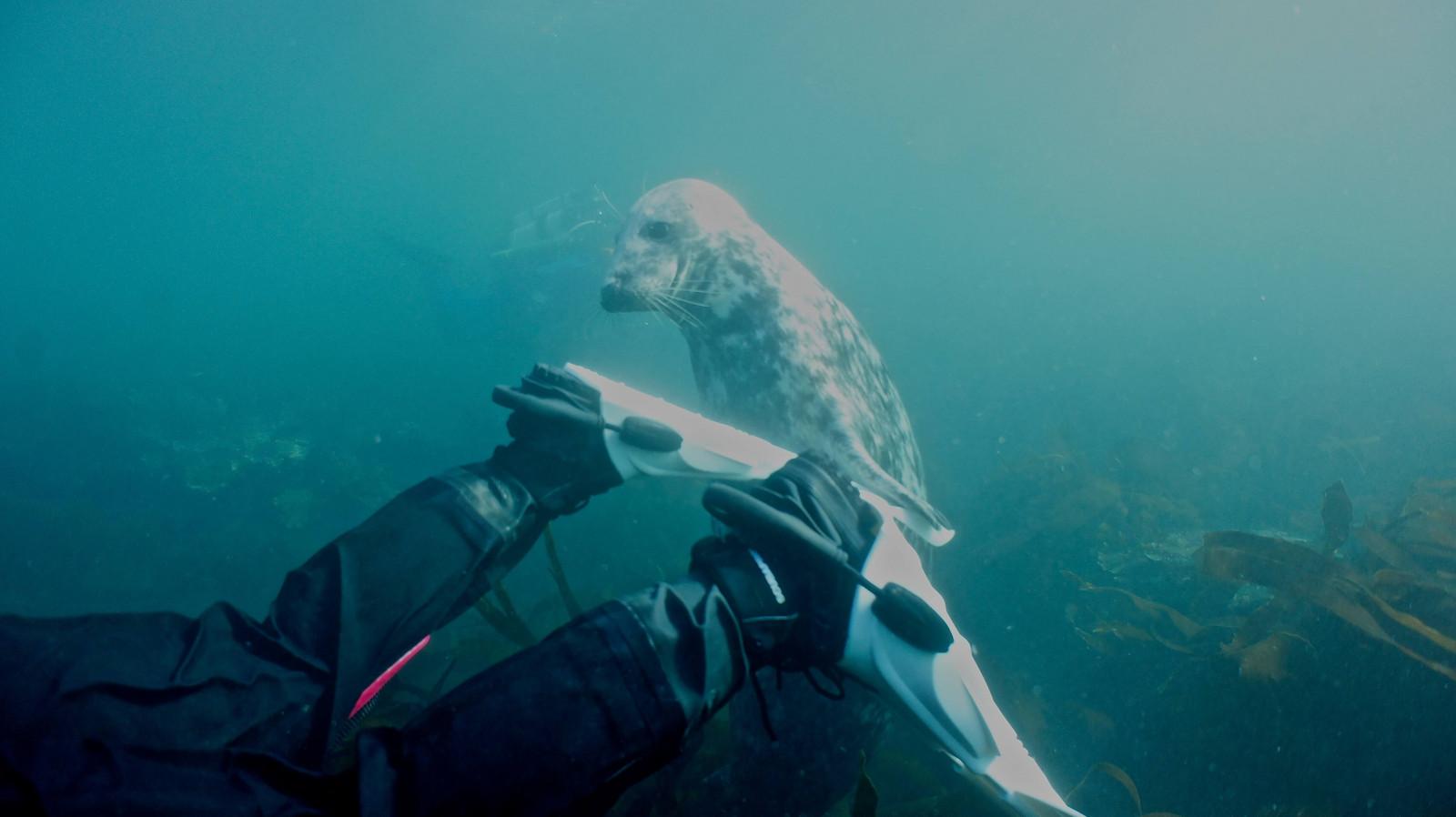 For the next 50 minutes, we were buzzed by several different seals, but Penney’s original fin-tormentor, a lovely mottled young adult, became her nemesis. It would sneak up behind her and grab her fin tip, give it a good shake and then take off in an instant before she had time to spin around. I was getting front-row seating to this battle royale, but I could tell that Penney was getting frustrated at not being able to really see the seal. As if taking pity on her, our furry friend then began to slowly cruise around our perimeter, giving us both plenty of time to get a good look at its sleek lines, and by the time we were climbing up the ladder back on to our RIB, Penney was grinning from ear to ear. Seals encountered, warm-water-loving wife happy and comfortable in a drysuit – mission accomplished! 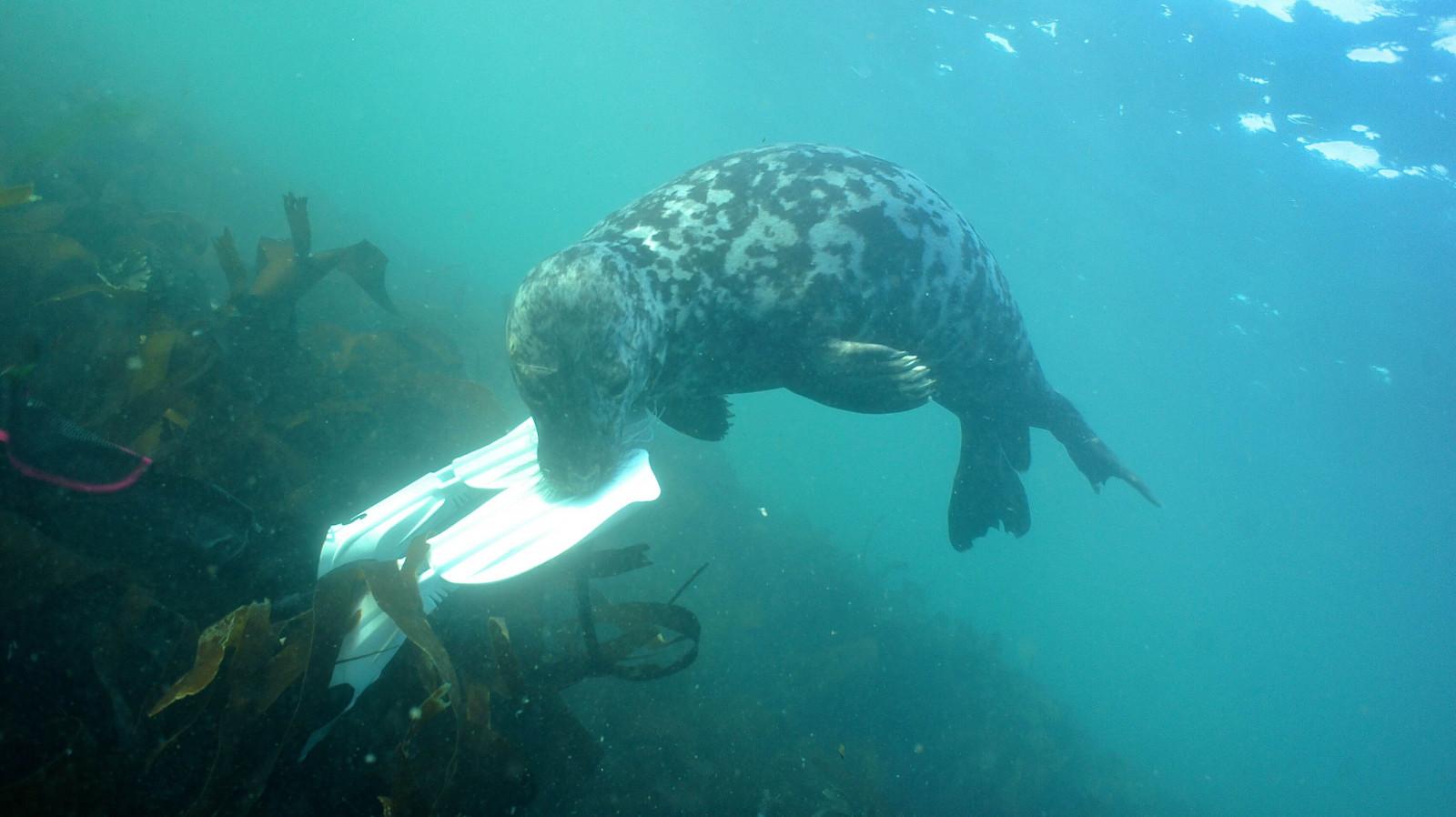 What to expect at Farne Islands

6-8m, but some sites are deeper

Can be ten metres plus, but five or six metres is the norm

There is plenty to do when you are not diving – Bamburgh Castle, Hadrian’s Wall, Lindisfarne and Alnwick Castle are all within a short distance.