Fantastic Rays of the Andaman Sea 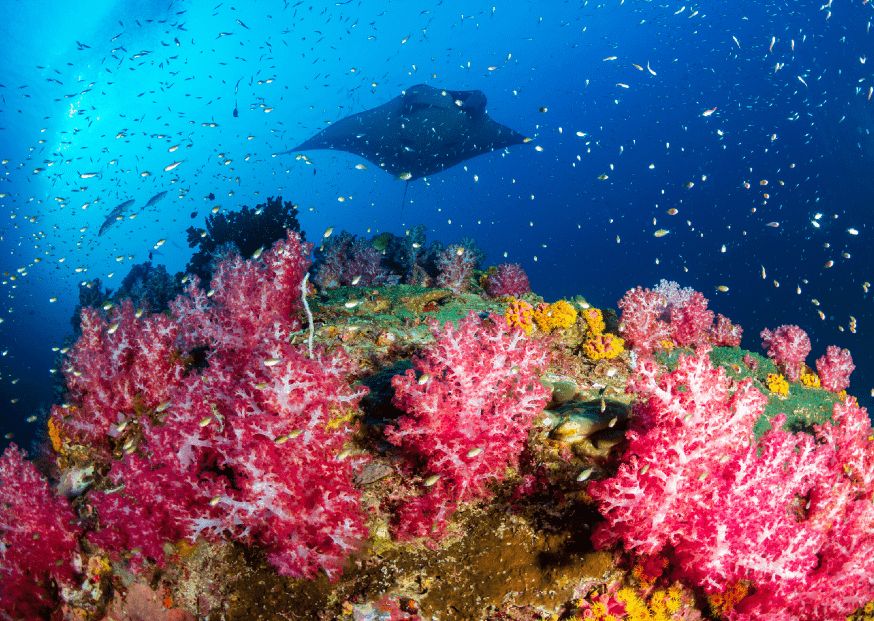 The Andaman Sea is Home to Numerous Fantastic Rays 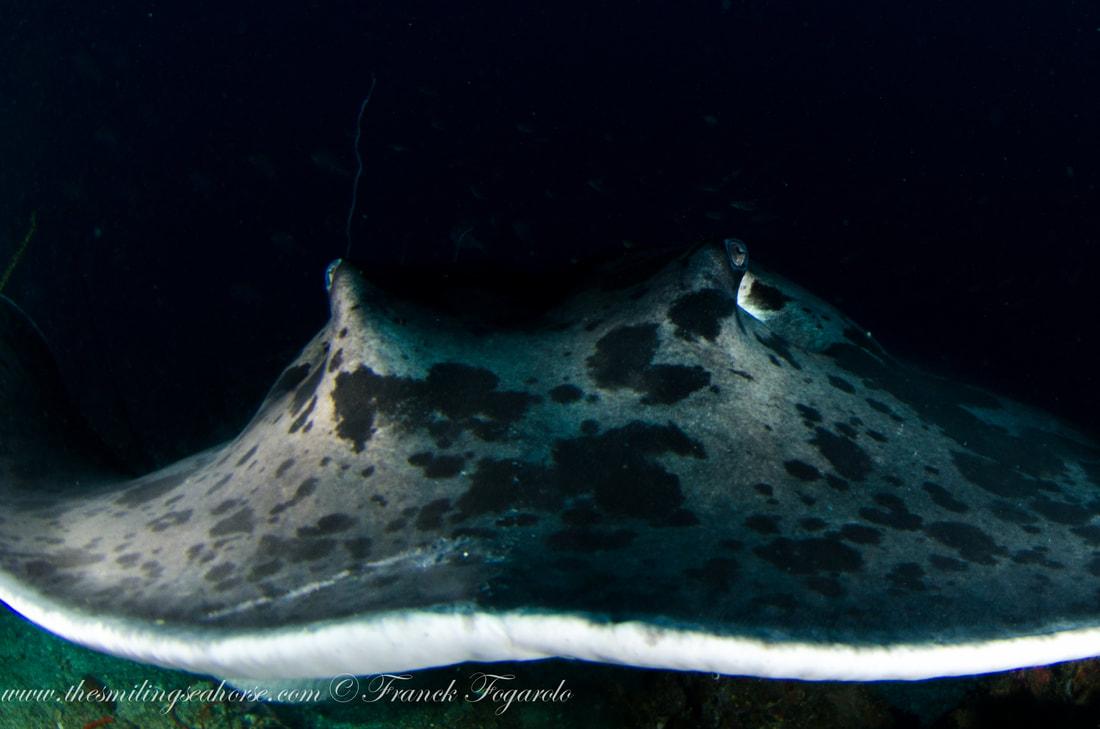 In this article, I wanted to present the various rays you can encounter in the Andaman sea. Most of the pictures below were taken in the Mergui Archipelago located off the coast of Myanmar. Some were taken in Surin and Similan islands in Thailand.

Every diver has a favourite when it comes to marine life, whether you want to be dwarfed by massive whales, or dazzled by the camouflage and colours of cephalopods. Each individual has creatures that float their boat (pun intended) more than others, but one of the more common fascinations amongst divers is with rays. In the earth's waters, approximately 630 species of rays and skate exist of all shapes and sizes. The Mergui Archipelago is a paradise rich in biodiversity that proudly puts a variety of spectacular marine species on parade.

Just like sharks, rays have no bones, but a skeleton made up of cartilage. Large pectoral fins linked to their body and head give rays a range of shapes from round to triangle and sometimes even diamond shapes, which helps us to identify each species. They use these fins like a bird flaps its wings to fly through the water with calm hypnotising movements. Although they all have flattened plate-like bodies, they each have unique traits that characterise them.

I will start with the rays spending most of their time laying on the seafloor such as the stingrays and then about the pelagic rays through the Andaman Sea: they swim midwater from the depths to the surface and travel long distances, such as eagle rays and Manta rays!

Often hiding under the sand, blue spotted stingray are usually spotted running away from divers getting a little too close for their linking.

Khul's stingray or blue-spotted stingray (Neotrygon kuhlii) are often found lying on the seafloor close to the surface, although they can be found at depths of upto 90M This is a relatively small ray that can grow up to 50cm diameter.

These Andaman Sea Rays are some of the most popular in the Andaman sea and can be seen hunting at night. Blotched sting rays can be found at any diveable depth in small group or alone. Not shy at all, these Andaman Sea rays can get big!!! from 50cm to 200cm 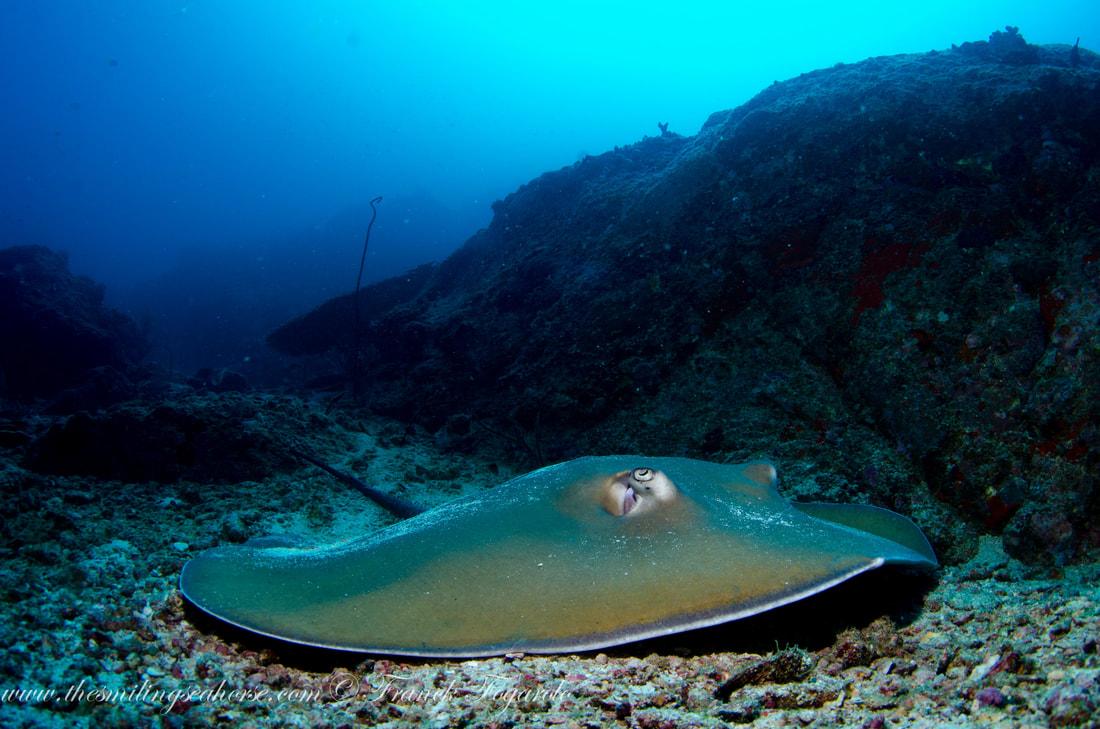 Jenkins whip ray (Himantura jenkinsii) laying on the sea bed, preferably sandy bottoms, can also be found in small groups or alone at the same depth range as the marble rays. Their size can go up to 150cm.

A lot less common, the porcupine stingray (Urogymnus asperrimus) a rather solitary specie, lives at a depth of 30m on sandy, coral and seagrass bottoms Round shape up to 150cm diameter.

To the contrary of the other Andaman Sea sting rays, Porcupines do not have a venomous stinging pipe, but you should still keep your hands away from its thorny leatherback!

Pelagic rays in the Andaman Sea

Cow nose eagle ray (Rhinoptera bonasus) spending most of the time swimming alone, they can be found in large groups if you are lucky.

While a pelagic ray, surprisingly in Myanmar we have a resident eagle ray living in one of our secret caves. She passes by really close when divers enter her home but we find her in the same cave weeks after week so it must be her home.

This makes for some fantastic photo opportunities as we could get really close up portrait of this lovely Eagle Ray! Wing span up to 240cm they live anywhere between the surface and 110m deep. Eagle rays have plate-like teeth used to crush their preferred prey, including clams, oysters, sea urchins and shrimp

The Giant oceanic manta ray (also called Manta birostris) is the largest type of ray in the world and can travel across oceans. It can grow up to 7m across and weight up to 1,350kg and can live up to 50 years! A lot bigger than the more common “reef mantas” which are often encountered in Maldives and Indonesia for example. They are filter feeders and consume large quantities of zooplankton.

Manta Rays can be seen easily from the surface, as they spend day time within the 0 to 30m depth area. They are usually not shy and hang around feeding stations, or cleaning stations. In small to large group (up to 50 individuals) they are playful with one another. Breaching the surface to get rid of a parasite is not a rare sight.

Apart from humans, who are the most ferocious predator, they can be attacked by sharks, leaving some nasty bites marks!

Black Rock in the Mergui Archipelago, is a famous dive site where we have spotted up to 50 mantas at once. It has been established by Andrea Mashall, the queen of Mantas that Black Rock may very well be the mating station where you could see the biggest All oceanic mantas gathering in the world!

The Andaman Sea also have several guitarfish to observe, so we wrote a whole article about the mysterious Guitarfish (guitar ray also called by some guitar Shark) are present in the Mergui Archipelago.