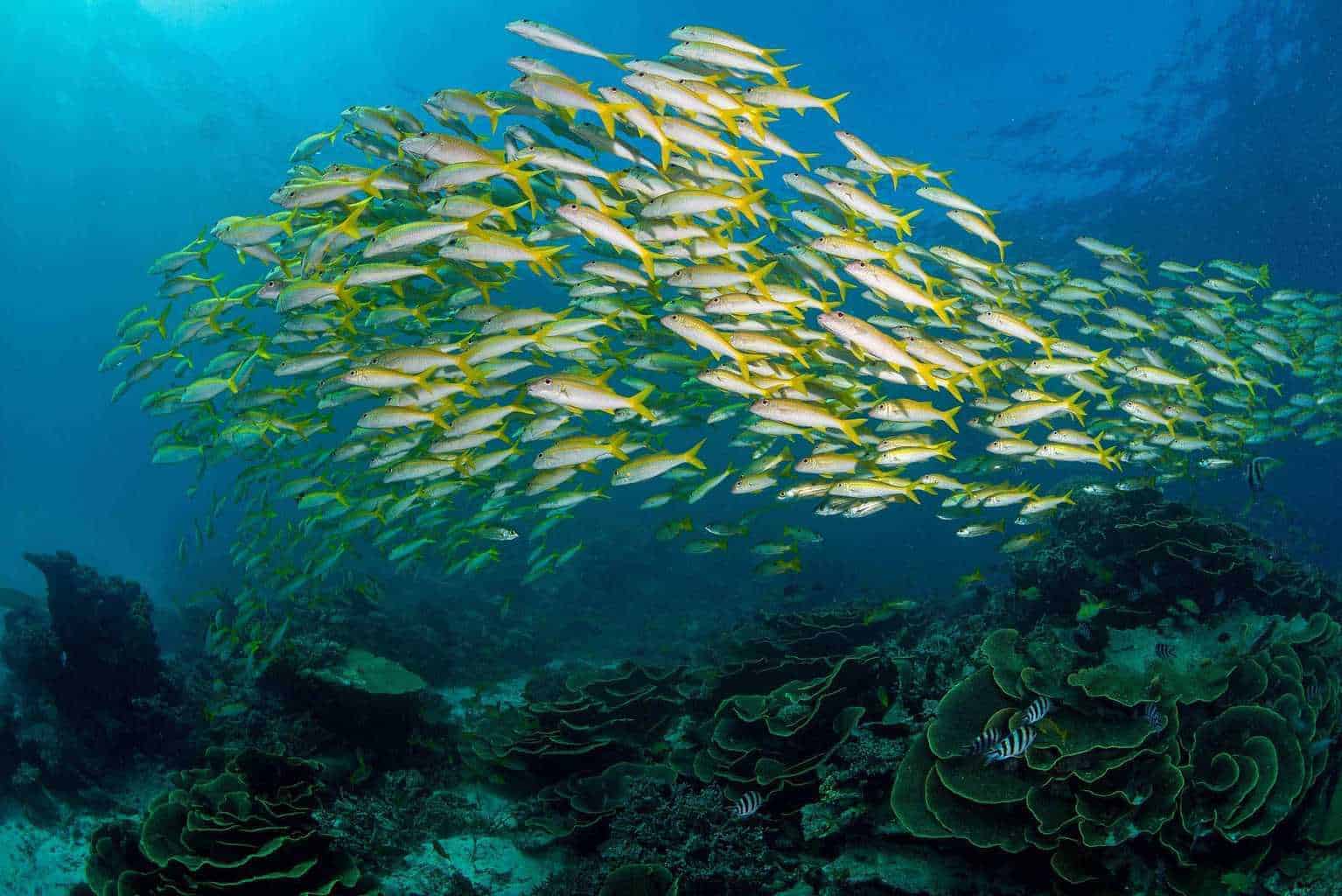 Our tour itinerary was designed for us to see as much of Fiji as possible in the time we had, and so the next morning, after an incredible sunrise, we were packing up again and flying back to the main island of Viti Levu. That was the last of our hopper flights, as the next two resorts would be on this island, starting at Waidroka Bay Resort. Our welcome here was one that would usually be reserved for long-lost friends or family, and so we immediately felt completely at home. With groups having just left, and another arriving later in the week, we were the only two divers and so we sat down with Chelle and Warren to discuss the two diving days ahead. Our first day was to explore the local reefs, and once again, our guides were raving about the amazing corals that we were going to see. Having already been wowed by so many reefs in Fiji, it was going to be hard to impress us. The next morning we jumped onto one of their bigger boats, with plenty of room for all our camera gear, and set out for the dive sites. The first, one of our guide’s favourite, was called Fantasea 1. Never had we seen anything like it! It was a riot of colour, with every available space filled with corals and critters. We could have spent hours circling the tops of pinnacles, playing with the anthias and anemonefish. The wreck dive and reef dives that made up the other dives were equally spectacular, making us wish that we would have more time to explore this region.

Waidroka also boasts Fiji’s newly crowned ‘Junior Chef of the Year’, so the meals are as exciting as the diving – and beautifully presented too. Alas, the weather was starting to look a little ominous, with rain clouds building and the wind starting to make its presence felt. Warren beckoned us down to the waterfront to see a banded sea krait making its way up the shore – a first for us to see them out of the water, – but he also confided that he was worried about the weather and hoped it would not affect our diving in the morning. We certainly hoped not as this was, for us, the highlight of the trip. We were to spend the morning diving with the bull sharks of Beqa Lagoon. This dive is run by Aqua-Trek, and the site is set-up so that the divers line up behind a wall, with the shark feeders in front. We were delighted to find out that it was going ahead, and although the boat ride was bumpy, it did not look too bad. The weather had put-off many of the other divers though, and so, as a bonus, there were only a handful of divers getting in. The shark feeders take their role very seriously and have tremendous respect for the sharks. We were honoured to be called forward, over the wall, to be able to take photos while kneeling next to the feeder. However, the vis was deteriorating sharply, so this was going to be our only shot. Considering the bull sharks (along with various reef sharks, lemon sharks, nurse sharks and the chance of tigers too) are being fed, the dive is very relaxed. The sharks are moving slowly and show no sign of agitation. One did swim right up to Nick, touching its nose against the dome port of his camera, before being gently ushered away by a cautious wrangler. Alas, our second shark diver was cancelled almost as soon as we got into the water. The visibility was poor, and quite rightly, the safety of the divers and feeders would have been compromised. It is an amazing experience and worth going to Fiji for alone! 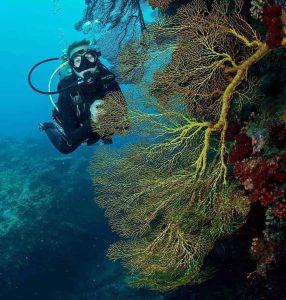 The weather steadily got worse. Not since our days working in the Caribbean had we seen rain like it! So, it was with dampened spirits that we said goodbye to the team at Waidroka. Next stop, after a wet and windy drive across the island, was Volivoli Beach Resort. Volivoli was badly damaged by Cyclone Winston early in 2016 and had only just re-opened to the public a month before we got there. The new buildings are impressive, with a lovely bar and restaurant area in the main complex. We met the Darling family owners for a beer or two, before braving the rain back to our room to get ready for diving the next day. Everyone was a little unsure as to what the weather would bring, but if we could go diving, we would. While it was grey overhead, and the waves had picked up a little, diving was on! Once again we were treated to astonishing reefs. Here, the local reefs seem to specialize in orange soft corals. Octopus displayed on the reef, barracuda schooled in the deep blue water close to the reef, and our guide found us nudibranchs, eels and ghost pipefish. There is so much to see and photograph in these waters, it is hard to decide what lens to take on each dive.

Ra Divers, the in-house dive centre at Volivoli, is one of the tidiest we have ever seen. The compressor room is clean and the dive kit looks brand new. When you come back from diving, there is loads of room to rinse and hang gear, and a huge freshwater tank dedicated to camera equipment. For the mechanically minded, the compressor room is exceptional, with three compressors for air, nitrox and mixed gases. Next to the dive shop is the Ra Bar, where we sat to enjoy a Fiji bitter at the end of the diving day. It is believed that this bar serves draught beer closer to the sea than anywhere else in Fiji – perfect! 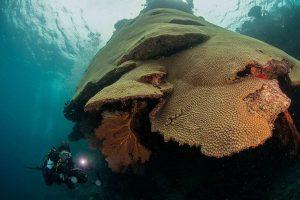 Alas, the weather finally beat us, and our final day of diving was lost. Even though it was raining, we did not want to waste the day, and so when the operations manager of Fiji Siren, Simon Doughty, offered to show us around this famous liveaboard, we jumped at the chance. Alas, her sails were all packed away, due to the worsening weather, but she is still impressive. She can take 16 divers to some of the best dive sites Fiji has to offer, and is very well appointed. We hope that we can return to Fiji sometime to spend a week or ten days diving on her, before heading back to revisit some of our favourite dives, as well as those we missed.

We spent our final night at First Landing Resort, near to Nadi airport, to finish off our grand tour. It is so-called as this is believed to be the place that the first Fijians landed from West Africa. Fiji gave us one last incredible sunset, as we sat with a cold beer and hot curry and digested what a fabulous tour we had experienced. Fiji is a long way from the UK, so spend plenty of time here. Combine a trip on the Fiji Siren with a multi-trip stay covering a few of the islands. The coral is incredible, there are plenty of sharks and manta rays, the people are incredibly friendly and the locations are stunning. We were smitten.

To read the first part of Nick and Caroline's Fiji adventure, check out the April issue of Scuba Diver, available now in print or digitally.