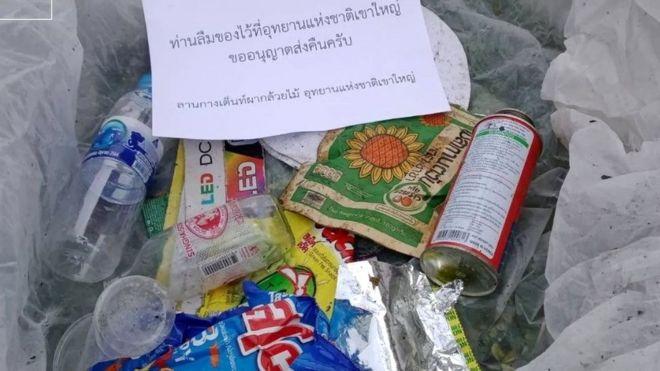 Litter louts are a problem the world over, but a Thai national park is taking drastic action – sending the discarded rubbish back to the offender's home.

According to the Thai environment minister Varawut Silpa-archa, authorities in the Khao Yai National Park, near Bangkok, which is the oldest national park in the country, have announced they will start sending rubbish directly back to litter louts, as well as registering them with the police.

Visitors to the popular park have to register their addresses, which makes it easier for rangers to track down those who leave their litter behind.

In a post on his Facebook page, the environment minister showed a box of rubbish ready to be sent to the litter lout's home. There was also a stark warning that littering in a national park is punishable with up to five years in prison and a heavy fine.