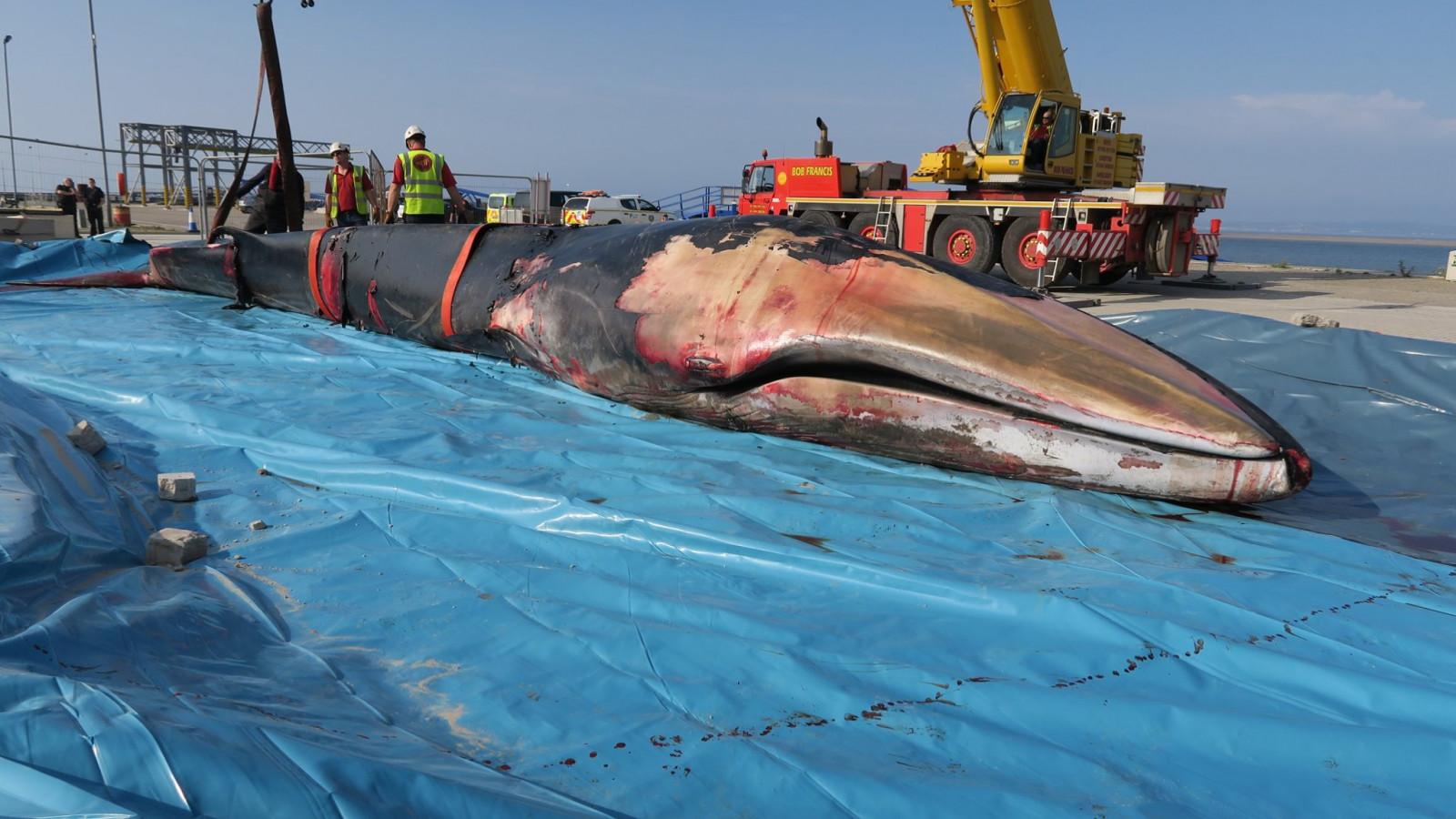 The Cetacean Strandings Investigation Programme (CSIP) has carried out a field examination on the fin whale which stranded and died in the Dee Estuary last weekend.

As reported on Scuba Diver the 12.6-metre-long male fin whale calf had live stranded at least twice within the Dee Estuary over 12-14 June, before being found dead on the morning of Sunday 14.

Following a lengthy recovery process, the examination was carried out at a nearby port facility by a CSIP team from the Zoological Society of London (ZSL) and Marine Environmental Monitoring, with support from colleagues from Cyfoeth Naturiol Cymru / Natural Resources Wales and the University of Liverpool. 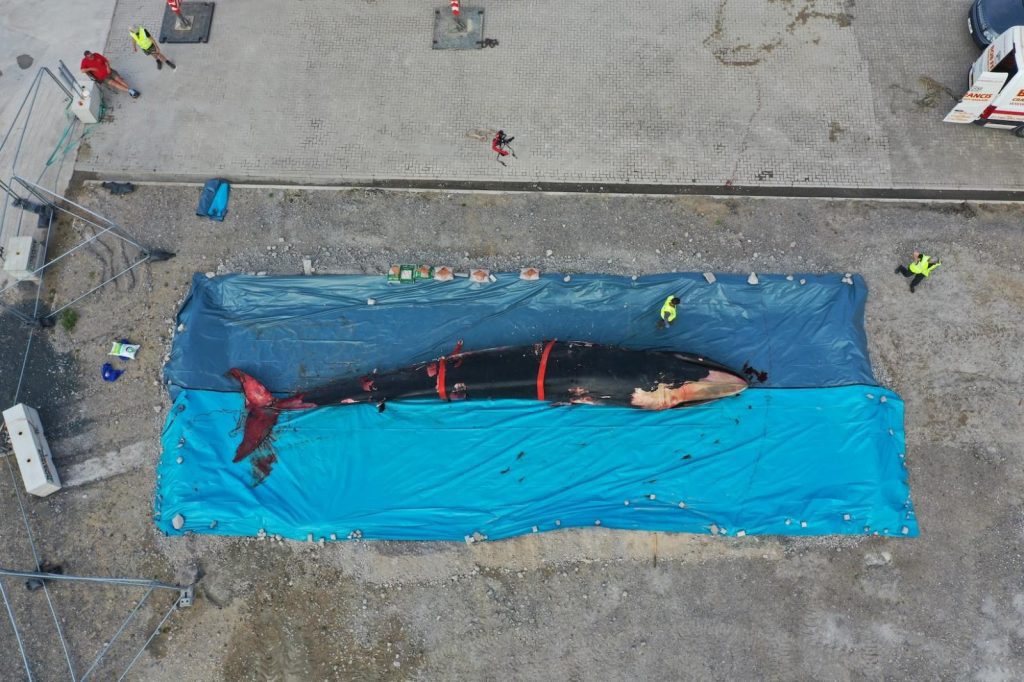 The whale was judged to be in moderate-poor nutritional condition, with no evidence of recent feeding. Relatively minor parasitic infestations were noted within the vasculature of the kidneys (consistent with Crassicauda sp.) and also within the stomachs and intestinal tract and in the blubber.

No evidence of marine debris/plastic ingestion was noted in the stomachs. The findings from the gross examination are currently considered to be consistent with live stranding of a nutritionally compromised and out of habitat individual. 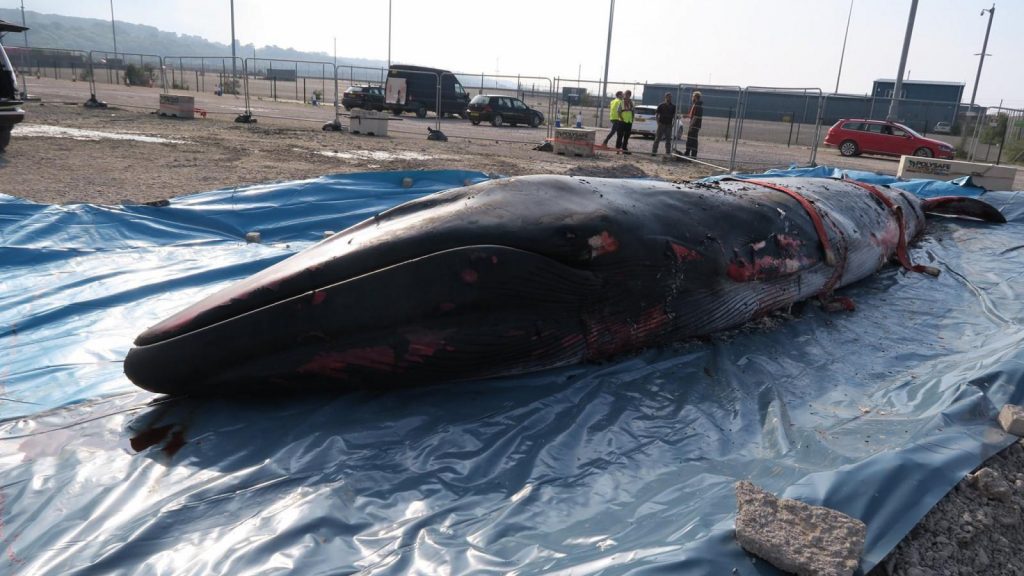 This was likely to be a young individual – literature describes birth length of fin whales at around six metres, with weaning around six months later at approximately ten to 12 metres in length. So on the basis of length, this whale may have been around a year old and relatively recently weaned.

A wide range of samples and data were collected during the course of the examination and will help inform research on this species and shed light on the threat’s cetaceans face in UK waters. This is the third fin whale to be reported in the UK this year – over the last five-year period, 17 fin whales have been reported stranded in the UK (2015-2019, data CSIP database).