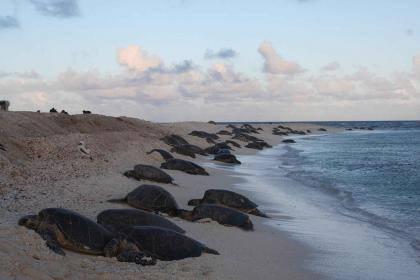 Since Christmas nearly 300 endangered Pacific Green sea Turtles have been killed by red tide on the southern Pacific coast of Mexico.

A Red Tide is cause by huge algae blooms that are so large that they turn the water red. They can be caused by warm Ocean surface temperatures, high nutrient content, low salinity and clam seas.  This can result in the oxygen in the water becoming depleted and toxins been released. 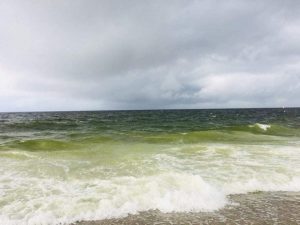 The office for. environmental protection said “That autopsies showed the turtles had eaten sea salps, gelatinous blobs that may have accumulated the algae toxins.”

Twenty seven turtles were saved by the combined efforts of the authorities, researchers and volunteers.

To make matters worse, The Green Sea turtle is listed as either endangered or threatened under the Endangered Species Act.