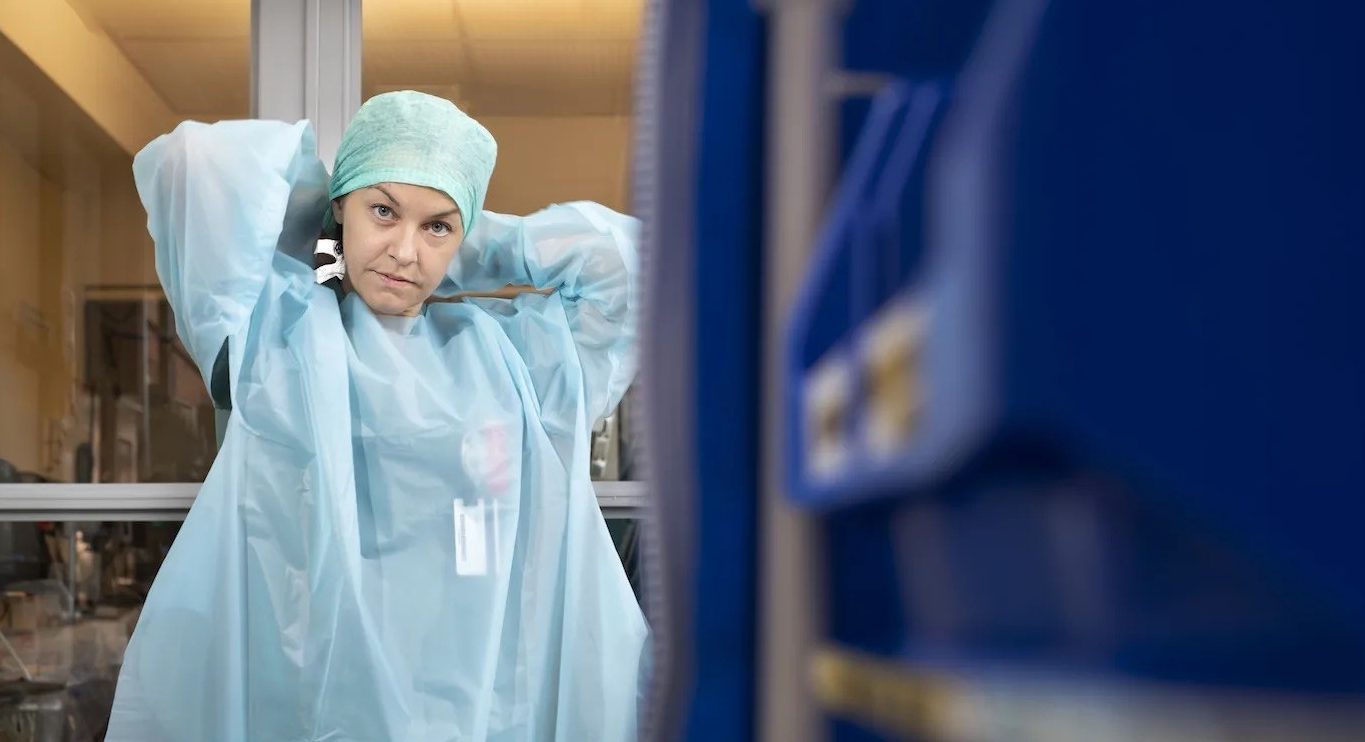 Thanks to the #coviddiverheroes initiative, Emperor Divers keep getting great stories of amazing divers who went above and beyond during the pandemic. It shouldn’t come as a surprise that so far, every one of their recognised heroes has been working in the hospitals throughout, deep down we all know that that is where the effects of corona are most keenly felt.

At this point Emperor Divers get to recognise their fifth winner, another awesome hero from the diving community working in the intensive care wards battling the terrible effects of this virus. Ingrid Stubelius, aged 38, nominated by her husband Fredrik wins a free liveaboard trip in the Maldives, and here is her story:

On the pictures here is my wife, mother of our kids, my buddy underwater, in her happy place and surroundings. You can Google her name and the images that come up are far away from wetsuits, night dives and liveaboard trips unfortunately. Luckily, she can show up at home with a nice mask squeeze from time to time due to various protective equipment!

For more than a year she has spent countless of hours, nights, and weekends, to help the sickest people at the intensive care at Sahlgrenska University Hospital in Gothenburg, Sweden. She is specialized in anaesthesia and intensive care but except from helping you and me and our fellow citizen she has also being a big support for the whole medical team as she is also a delegate from the Swedish Medical Association. The focus as the safety representative has been on making sure people don’t get burned out, that they can get the needed and well-deserved breaks between shifts and to make sure all people, doctors, and patients, are being treated in the safest way possible, at the safest places available.

Because of her commitment, she’s the hero for many heroes and her Superwoman Crocs couldn’t fit better!

Emperor Divers have been in touch with Ingrid, who took some time out to write us this: Dear hero panel! Thank you so much for this amazing piece of news! As you can understand the announcement, and Fredrik’s nomination, brought a little tear to my eye. As Fredrik says, underwater is indeed a happy place for me and it is not an exaggeration to say that the dream of diving again is one of the things that have given me energy in this long and terrible fight against the pandemic. And joining an Emperor liveaboard in the Maldives is truly a dream come true! The thought alone makes me want to get on a plane right away, but it will have to wait a while longer. Thank you again, Ingrid

Emperor Divers are just over halfway through the Covid Diver Heroes campaign, but the initiative is still running and they would love to hear about more heroes, as they have three more trips to award in the next six weeks!

Luke Atkinson, Emperor’s Red Sea Manager, said: “This initiative is our way of saying ‘thank you’ to all those hundreds of people who have taken a selfless interest in looking after the vulnerable in their community. Examples could include healthworkers, carers or those who have come out of retirement to volunteer locally, but really we know there are many other ways people have been heroic.”

Emperor want to hear from people who know a heroic diver who would love to have a free liveaboard trip to look forward to in the future. People need to nominate a Covid Hero Diver and tell Emperor (in 100 – 200 words) why they deserve a free trip, and whether they would prefer the Red Sea or the Maldives. A multinational panel of Emperor’s most loyal and compassionate staff will judge the entries and pick a winner every two weeks for the next two months. There are two remaining Red Sea and one more Maldives liveaboards to be earned, so get nominating and give that hero a reward for their amazing work!

Final entries for Red Sea by 20 May and Maldives 5 June. Entries, comments and questions should be sent to heroes@emperordivers.com Terms & Conditions apply.