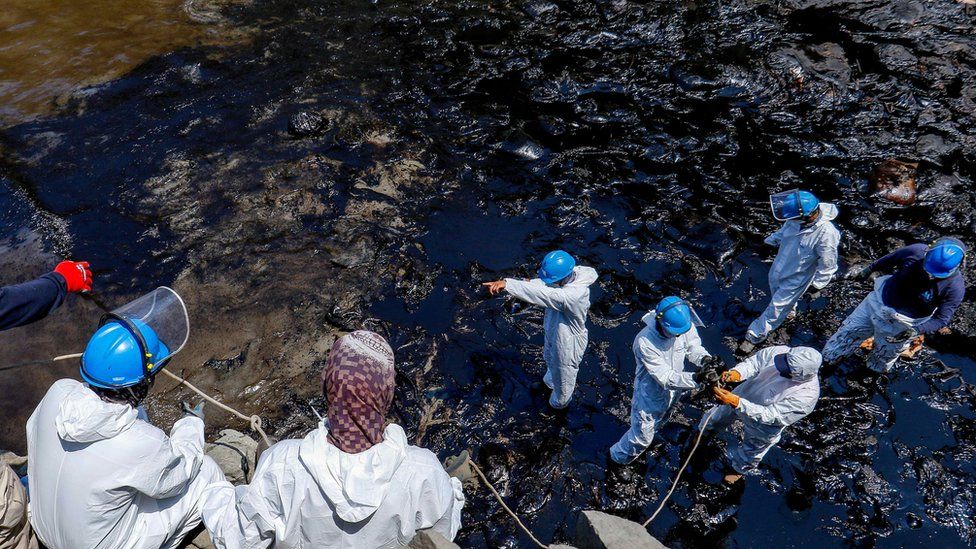 Authorities have said that a massive oil spill off the coast of Peru has caused an ecological disaster.

More than 6,000 barrels of oil leaked from the La Pampilla refinery after a tanker was hit by large waves linked to Tonga's volcanic eruption.

In a statement posted to Twitter by Peru foreign ministry officials, they said: ‘This is the worst ecological disaster that has occurred around Lima in recent times and has seriously damaged hundreds of fishermen's families'.

Some 18,000km sq km of protected zones containing a variety of rare plant and animal life has been affected.

The officials demanded that operator Repsol pay compensation, with prosecutors opening an investigation into Repsol's role in the incident, but the company's communications director Tine Van Dien denied responsibility for the leak, saying ‘we did not cause this ecological disaster and we cannot say who is responsible'.