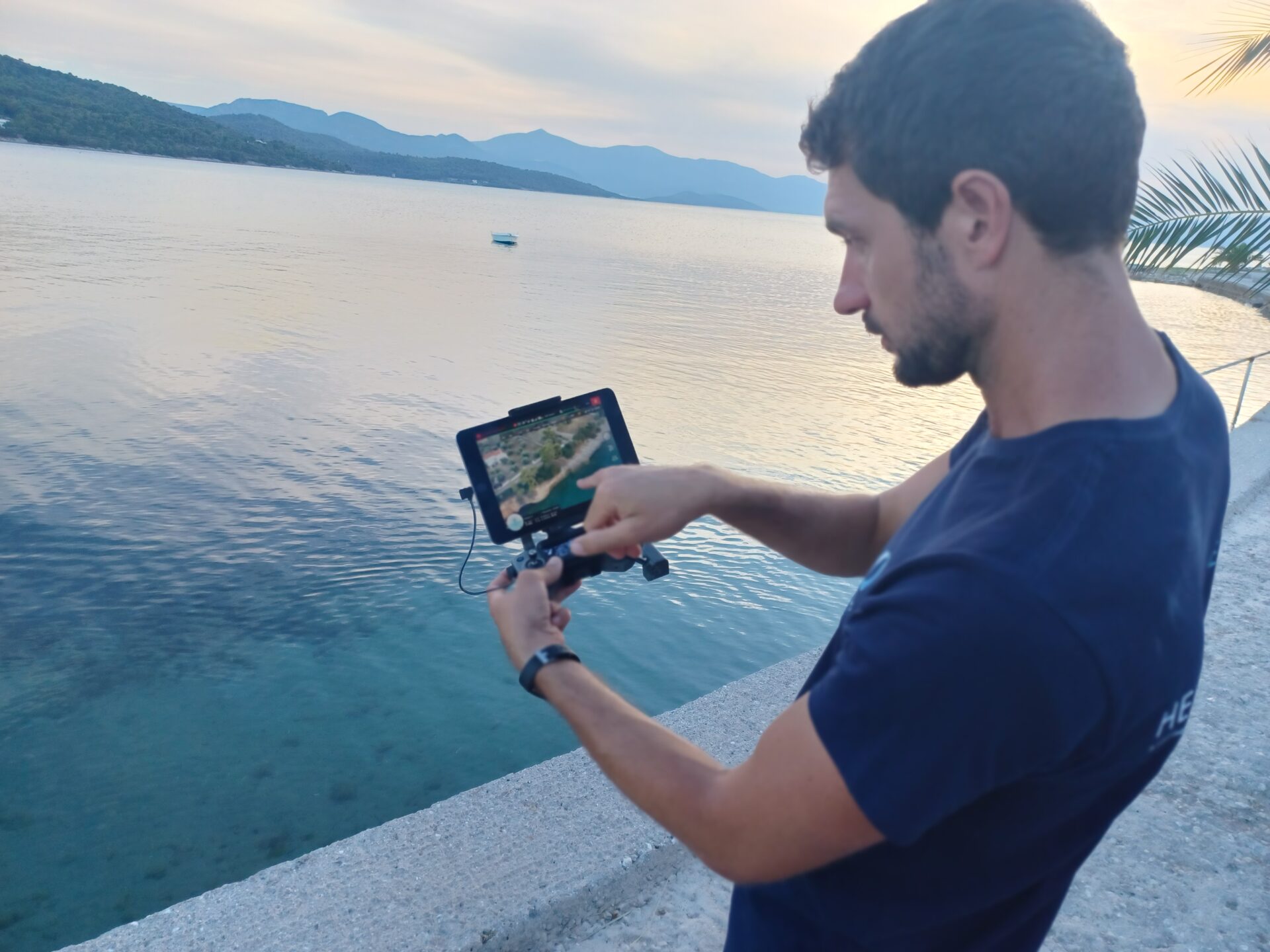 In October 2022, the first ghost net, a gill net measuring 10 metres, was retrieved with the use of this methodology, in Greece’s Attica region. gill nets are designed to hang in the water, with weights on the bottom and small floats on the top, suspending it in the water column. When they are lost in the seas and oceans, they indiscriminately catch all kinds of marine life, condemning them to a slow and painful death. This is a first of its kind achievement not only in Greece, but worldwide for Ocean Conservancy’s Global Ghost Gear Initiative, as well as for Ghost Diving, the ‘Coasts Untangled’ main partner.

“Great to see a plan come full circle. We found this gill net during a drone survey on Patroklos Island. It was lost or discarded by fishers and caught on the rocks where it could cause entanglement of wildlife. Using co-ordinates from the drone image, we went out and collected it,” says Dr Milne.

The effects of lost fishing gear are wide-reaching and notoriously difficult to quantify. It is estimated almost 200,000 tonnes of fishing gear are currently moving freely in subtropical gyres alone, threatening marine wildlife and the ecosystems where they accumulate.

Fishing nets are usually made of plastic and do not biodegrade, accumulating in the sea for hundreds of years all the while losing tiny particles called microplastics that end up in the stomachs of fish and our own food chain.

In the first phase of the project, the team surveyed a total area covering 15 square km of coastline across 17 sites, collecting 25,790 images, which are being analyzed for the presence of nets and plastic debris. Once images were collected, divers conducted underwater transects, traveling up to 2km along sites that had been surveyed by drone, recording all the way along in search of lost fishing nets.

With the introduction of more data, the methodology that surprisingly enough has its roots in orangutan research, is continuously being further developed. The research team hopes to expand this effort into new regions, exploring how aerial monitoring can be used to combat marine pollution globally in the upcoming years.

Once the ghost net was brought back to land, the weights and floats were removed so that the plastic material can be recycled. The Healthy Seas organisation ensures that ghost nets recovered by Ghost Diving teams around the world become a new resource. Nylon nets are regenerated together with other nylon waste to produce ECONYL yarn, the basis for new products such as socks, swimwear, accessories, carpets and more.