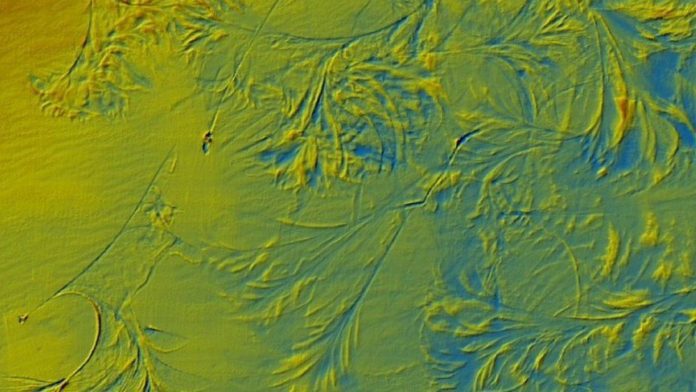 The seabed off the Dorset coastline has been left ‘scarred' by the anchors and chains of moored cruise ships, according to Dorset Wildlife Trust.

During the COVID-19 pandemic, some of the world's largest cruise ships were anchored off the South Coast from March 2020 – becoming a bit of a tourist attraction in their own right – and sonar scans have revealed the extent of the damage caused by the dragging chains and anchors.

Cruise companies have said they have followed maritime regulations, but the Dorset Wildlife Trust has said there could be extensive damage to marine habitats and ‘long-lasting impacts on a considerable area of seabed'.

According to the organisation, the multibeam scans found deep grooves up to 60cm deep and about five metres wide at certain locations, and at another spot, there was ‘scarring' radiating out from a central anchoring point that covered six hectares of seabed.

Dr Alice Hall, a marine biologist from Bournemouth University, dived on a chalk boulder site near Old Harry Rocks – which is close to where two cruise ships were moored – and described seeing a barren strip of sand apparently caused by a dragging anchor.