Diving The Pacific Coast of Canada and the USA 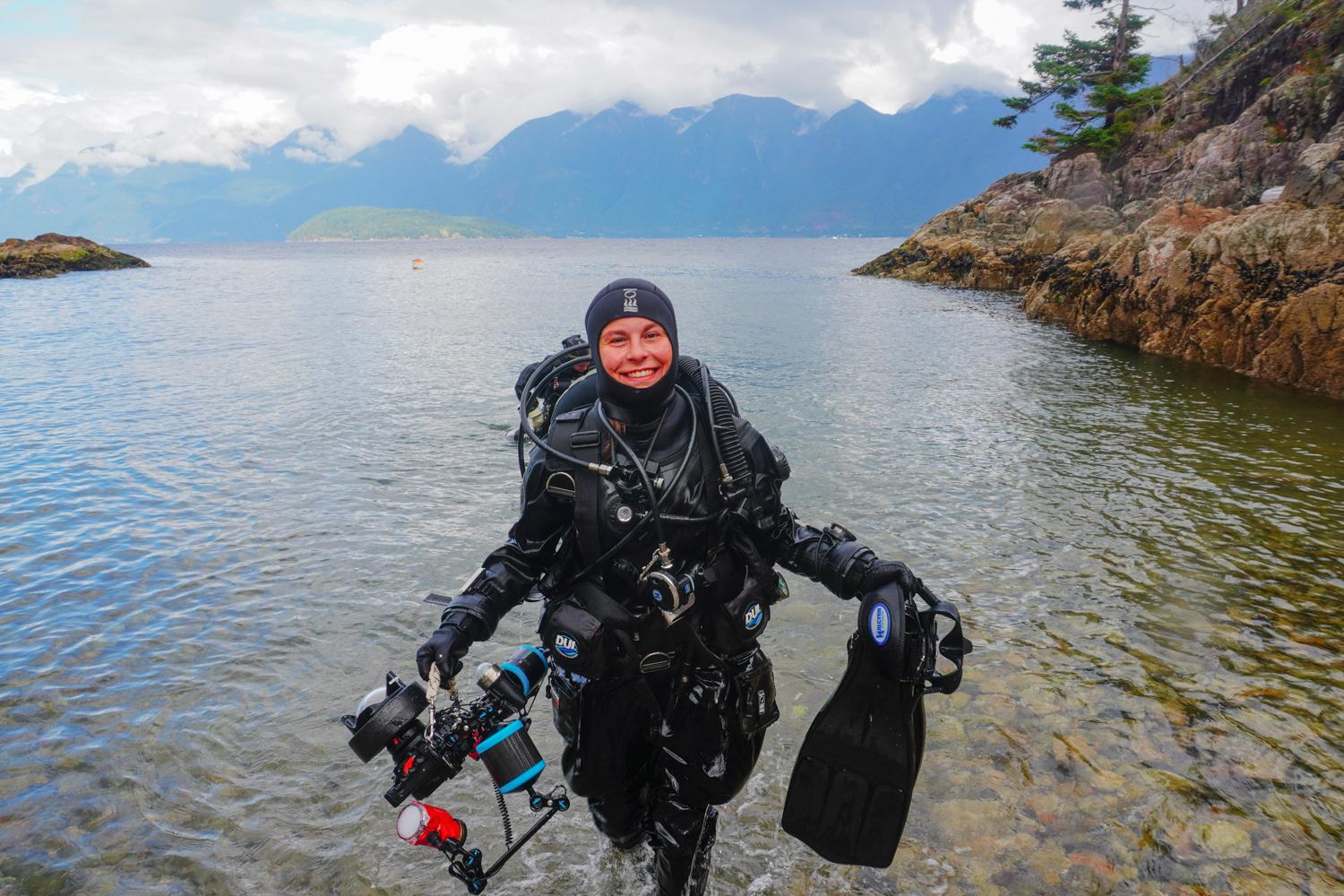 After I had participated in the 2019 Diving in Science Symposium of the American and Canadian Academies of Underwater Sciences in Vancouver in Mid-October, I travelled to Vancouver Island once more to see Russel Clark from seaproof.tv again.

This time, I sought advice from Russel in video editing, to prepare for my mid-year video documentation, which I presented at the DEMA Show 2019 in Orlando in November. I really enjoyed going through the underwater and topside footage which I captured over the last six months, and loved building a story out of it!

To complete my travels along the west coast of North America, I next flew down to San Francisco. Beautifully hidden in the picturesque landscape of the Marin Headlands north of the Golden Gate Bridge lies the Marine Mammal Centre, the world´s largest Marine Mammal Hospital – an institution that I, of course, couldn't have missed, as a veterinary student!

I was able to shadow and assist the TMMC´s veterinarians in their busy work – in the high season, there are up to 290 patients in the centre! And even though it was the low season when I visited, there were a lot of interesting things to see – radiographs, ultrasound, gastroscopy, blood samples and processing, and many other diagnostic methods to help all kinds of marine mammal species, in this season especially California sea lions and Northern fur seals – but we also had a reptile patient at the centre: an Olive Ridley turtle, which had been rescued cold-stunned from the waters along the Central Californian coast, which are too cold and too far north for their usual range.

The Marine Mammal Centre also offers an excellent educational programme for not only visitors for the day, but they also work together with schools, who teach a three-month-long ocean-themed curriculum to their students, which was developed by the Education Department of TMMC. The young students get the opportunity to visit the marine mammal patients at TMMC in the beginning and the end of this programme, and it was great to see the children being inspired and keen to learn after these personal experiences!

Subsequently, I drove down south to the Long Marine Lab of the University of California –

Santa Cruz. Here, I got to assist the PhD student Arina Favilla of the Costa Lab in her project studying the Thermoregulation and Diving Physiology of the Northern Elephant Seal as an example for a deep-diving marine mammal species. I got to help with the pick-up of one juvenile elephant seal from the colony at Ano Nuevo State Park, who we chose for our translocation study.

We equipped the seal with satellite tags recording the location, diving depth and exhilaration of movement, and we also installed heat flux sensors and biologgers measuring the exchange of heat between the animal and the water. The seal was then released in Monterey, and within a few days it returned to Ano Nuevo, where we could recover the instruments and download the measured data. It was a very valuable experience to follow the entire process of this field experiment!

Afterwards, I continued down south to Monterey, where I sought advice in underwater videography techniques from the experts at Backscatter, and they even took me on my first ever dive in a kelp forest and with sea lions! What an incredible experience!

I also got the opportunity to dive with the volunteer dive team in the kelp forest exhibit of the Monterey Bay Aquarium. They even let me hand-feed their wolf eels, leopard sharks and other fish species! And the next day, I was able to learn from the aquarium´s vet, Dr Murray, while an examination of the same leopard sharks from the exhibit that I had dove in the day before.

Very exciting to see how anaesthesia, ultrasound, endoscopy of the gills and blood draws are performed on an elasmobranch species! Lastly, I spoke to the sea otter rehabilitation specialists of the Aquarium, and was very impressed with their very successful rehabilitation programme, which is based on the pairing of a pup, which needed rescue due to maternal separation, with a surrogate sea otter mother from the Aquarium´s exhibit otters.