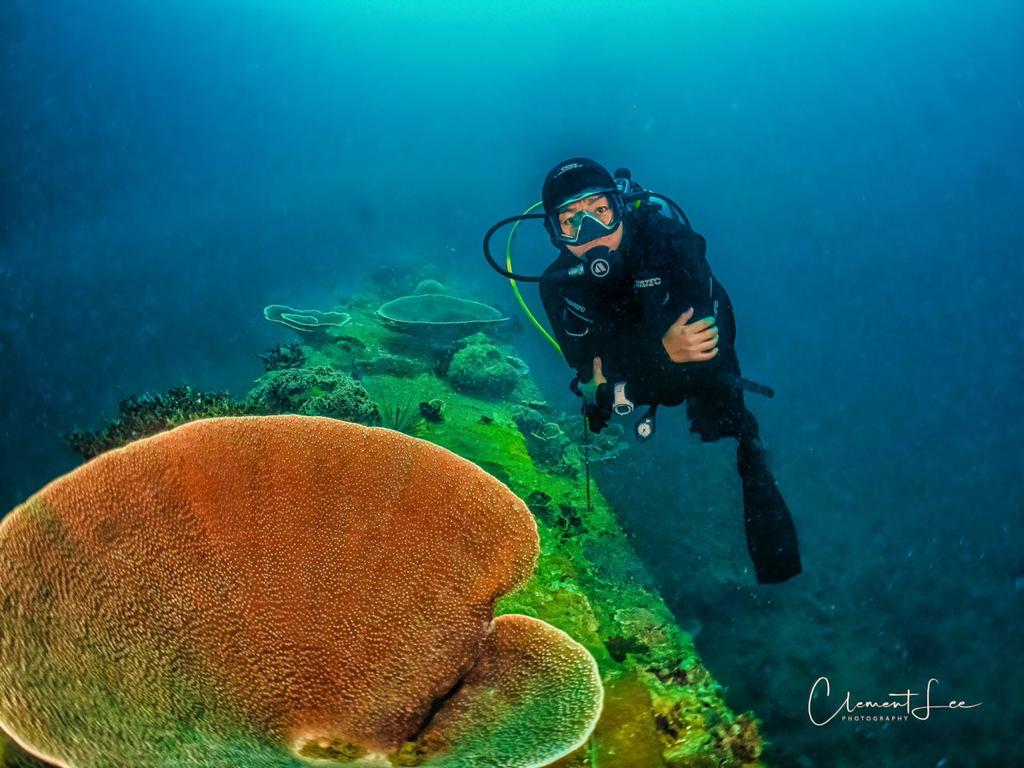 The Timber Wreck is a large 60m long cargo ship. In the early 1980‘s it was leaving its harbour near Lahad Datu with a full load of timber logs for its destination in Japan when a strong storm came up. The crew decided to pump some water on board to stabilize the vessel but mysteriously never switched them off again. As a result, the vessel rolled over and came to rest at 30m depth.

In the aftermath, the timber company whose logs were on the vessel managed to drag the stricken vessel closer to a nearby island in order to salvage its cargo. The wreck now lies on its starboard side with the bow at 24m and the stern at 5m depth. Because of its size and depth it is excellent for wreck dives and reasonably safe to penetrate into the engine room, crew cabins, wheelhouse and cargo holds.